OVO to be Australia’s Home of Skateboarding 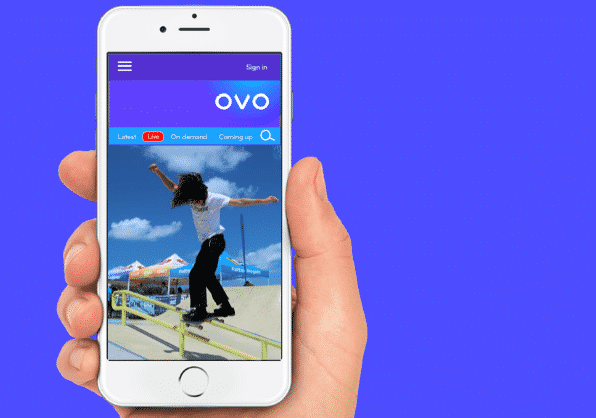 When increasing competition makes it harder to get a phone plan to stand out from the pack of competing telcos, it pays to think outside the box. OVO have chosen to join the path of major telcos like Optus and Telstra by purchasing the rights to broadcast sporting events.

However, their strategy has so far been to avoid the more mainstream sports and offer niche content to the pockets of often die-hard fans who would otherwise find it difficult to access quality broadcasting.

The latest sporting code to be added to the OVO offering is skateboarding.

OVO  have signed a 5-year deal with the largest skate-boarding promoters in Australia, the Australian Skateboarding Community Initiative (ASCI). The deal gives OVO exclusive rights to broadcast events that will be held around Australia, including one of Australia’s biggest skateboarding meets in Mackay called “the Rumble on the Reef” and more than 25 regional events.

It’s the first time Australian grass roots skateboarding has been made available to a national audience at this level. While skateboarding has a high participation rate in Australia, the sport does not yet have a strong presence in professional competitions. Raising the profile of the sport could help lift skateboarding to a new level of achievement.

OVO are solidifying their reputation as Australia’s leading broadcaster of niche sporting content. It’s a much-needed spot for a telco to fill, as many fans would otherwise be unable to access their preferred content, and it means that OVO are able to diversify the content they are able to offer their customers.

The most popular sporting codes with massive international audiences have telecommunication companies wrestling for the rights to broadcast their matches, whether over handheld devices, televisions or both. OVO’s strategy means they slip in under the fighting and come out not only as top quality broadcasters, but also as important supporters of these codes, and partners in growing their audience and popularity.

Seeing the success that OVO had with other codes like water polo, drag racing and badminton, Skateboarding Australia decided to approach the telco about also moving their fan bases and broadcasting to the streaming platform OVO Play. OVO will also be able to help monetise the sport through advertising revenue and pay-per-view events, helping boost their income which will assist with increasing their fan base and assets. It’s a win-win situation for both sides.

Donny Fraser, ASCI’s Managing Director, compares the future of skateboarding with that of current pro-surfing, and says that lifting their profile will assist with raising the current grass-root level of Australian skateboarding to a professional and internationally recognised sporting code.

Skateboarding is one of the fastest growing participation sports in the world, with around 11 million skateboarders globally. The sport also sees participation from particularly diverse demographics, such as a large population of female skaters – the fastest growing demographic in action sports. There are many Australian skateboarders, but not much of a path for them to follow if they wish to advance in the sport.

OVO’s intelligent decision to market OVOPlay as a specialty streaming platform, especially with the focus on action sports, will go a long way towards promoting and increasing sport viewership and participation in Australia. OVO can be seen not only as a desirable option for those wanting to access the content they host, but as a supporter of niche sporting codes.

With low-cost mobile plans and broadcasting rights to a range of sports that are not available anywhere else, OVO has managed to create a distinct set of perks to offer potential customers. The increased coverage and income will also support skateboarding to increase its profile around Australia.

The OVO model is working so well that sporting codes are seeking out the telco to help them promote their matches. It’s great for Australian grass roots sport in general (and skateboarding in particular), and should go a long way towards cementing OVO’s place as one of the most influential MVNOs in Australia.