Why the New Yomojo Plan Could Change the Way We Connect 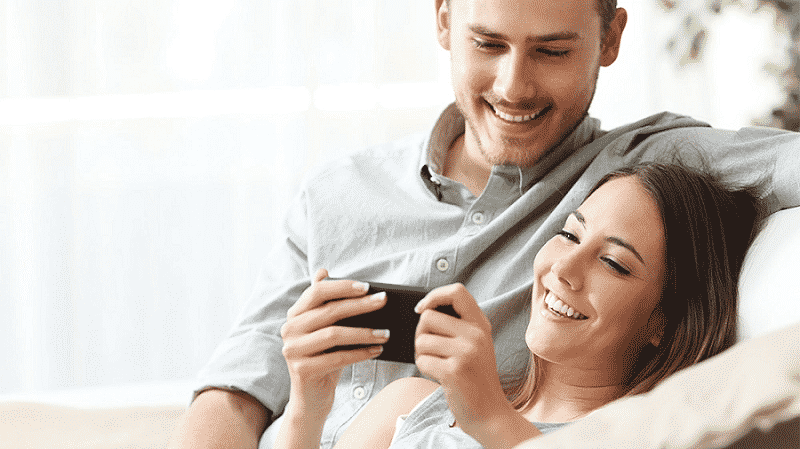 A lot of data for not a lot of money, a data allocation that would suit most households and possibly Australia’s first genuine NBN alternative. Little Yomojo are making big leaps.

Australia has spent billions of dollars (and a lot of heartache) on the NBN rollout. Before the plan was finalised, many industry experts warned that it would become obsolete even before it had been completed. Unfortunately, those predictions have mostly been true. Many households have eagerly anticipated receiving NBN service to their property, only to be underwhelmed by the actual experience.

With 5G coming in the not-too-distant future and phone companies beginning to offer more data, it seems likely that soon fixed line services will become unnecessary, as more and more customers opt to use their mobile connection as the main way they connect to the internet. Yomojo has seen this trend coming, and is offering a plan that will make it even easier for their customers to disconnect from fixed line services and get mobile.

Yomojo are an MVNO (a Mobile Virtual Network Operator) that uses the Optus network. They are known for low cost, family friendly mobile plans. However, now they are taking on broadband – but with a mobile spin.

Yomojo’s plan includes a wireless modem that will send the signal to devices being used in the house – very similar to broadband, except the modem is using a mobile network to provide the data instead of a fixed line. No installation is necessary – once you have your gear and an activated SIM is placed in the modem, you are ready to go.

Often, new technology is expensive when it first enters the market, but Yomojo have opted to keep prices down. The modem costs $169 up front, but with the plan costing only $44.90 per month for 250GB of data – that’s around $0.0052 per MB – the cost of the modem will be well worth the initial expense.  There isn’t even a contract to contend with. Yomojo bill their customers on a month-to-month basis, meaning customers can change their service or cancel at any time.

Signing up and getting started is very easy. The first step is to check if the service is available at your address. Yomojo have a section on their website where you can input your address and find out if wireless mobile internet might be an option for you. Once you have established that you can receive the service, sign-up can be completed online or over the phone. Your modem and SIM will be sent in the mail, and your service can become active within minutes of activating the SIM.

To set up, the SIM needs to be put into the modem device and activated by following the instructions on the pack – activation is normally done online or over the phone. The modem will then need to be plugged in (the internet is wireless, not the modem!). The devices in the household can then be connected, and have full access to the internet using Optus’ 4G Plus mobile network.

What makes it a good choice?

The rollout of the NBN has been largely disappointing for most people. Many residents are receiving their NBN connection well after the predicted date for their area. When they do have access, there have been many complaints involving poor service, issues with the network, and much slower speed than anticipated. Even when the rollout has gone smoothly in an area, the service has been underwhelming.

Even when simply looking at traditional broadband, customers are ready to move on. However, mobile internet has been prohibitively expensive – until now. Yomojo’s plan will be a fantastic option for anyone who is unable or unwilling to access fixed line services. Residences that do not have fixed line service to the house would be able to opt for the Yomojo plan. The plan on offer could be more cost effective for many people, especially those who need to pay for line rental on top of their broadband service.

The wireless modem makes it easier to move around – as long as it has a power source, the modem could theoretically be moved anywhere there is an Optus signal, which could be an attractive feature for people working from home who want to change locations, or for students, for example. Yomojo also suggested it could be a good option for holiday rental houses, where owners want to provide secure internet access to guests but don’t want to pay for fixed line services.

Are there limitations to the plan?

However, there are some aspects that need to be considered before taking the plunge. Speed is a big concern for many people, and while respectable for a mobile service, it can’t match the NBN. Where there is 2300 MHz coverage, upload speeds will reach 12/1 Mbps, and outside this coverage range the speeds will be more like 5/1 Mbps. While that is sufficient for most activities, it probably won’t be fast enough for reliable HD streaming, for example. However, if fixed line is not an option or your internet requirements are more modest, the speed shouldn’t be an issue.

The upfront cost for the modem is a little on the high side, although that’s mostly being picky – for the right situation, the modem will easily pay for itself in not much time.

The death of fixed line services might be slow, but it will eventually happen. The new 5G networks that are scheduled for deployment in 2020 are another nail in the coffin for traditional broadband. The cost and the amount of data received has been a traditional barrier for customers who are considering mobile broadband instead of fixed line. With plans like Yomojo are offering, the cost should no longer be an issue when compared to similar plans. The other major barrier is speed and efficiency. Many people are not prepared to sacrifice the quality of a fixed line connection for the flexibility of a mobile connection, or if they have both, the mobile connection is generally regarded as inferior. However, when 5G becomes a reality, the lightning-fast speed and super-low latency will more than match the quality of broadband. With both barriers overcome, there is essentially no need for fixed line services, and the other benefits of mobile internet become more appealing – flexibility of location, lack of lock-in contract, simple set-up, and many more.

The idea of by-passing fixed line services in favour of internet via a mobile network is not new – in fact, many areas in Africa have opted to go straight to mobile internet and skip a great deal of the usual fixed infrastructure that western telcos have traditionally considered indispensable. It makes sense, when mobile technology has leap-frogged the capabilities of fixed line services in terms of the price to service ratio.

So far, out of the countries that consider themselves leaders in technology, Australia is the first to begin to forego fixed line services. The move is partially due to disappointment with the NBN, but Australia’s unique geography and population distribution is also a factor – with many people spread over massive amounts of land, it is much easier to get a mobile signal than a fixed line.

While other telcos have offered plans that feature “unlimited” mobile data, Yomojo are one of the first to offer a plan that is directly marketed as a replacement for fixed line broadband services. In addition, the plan is flexible and affordable, with no lock-in contract. When 5G is rolled out, mobile broadband will become a much more universal option. For now though, this small MVNO is leading the way, and the solution they are offering could be the start of a major national trend.