The Best Phone Plans For the Samsung Galaxy S10

If you are looking for a smartphone upgrade, you can consider the Samsung Galaxy S10. Featuring fast and seamless processing power, with several useful features such as the Bixby Voice Assistant and enhanced ID touch technology, the Galaxy S10 is one of the most sought-after Android phones on the market.

Entering the market on Tuesday is an even better Galaxy S10 option — the Galaxy S10 5G, the first 5G phone to be released in Australia. It will be available in stores in Australia from May 28, 2019, exclusively from Telstra.

However, buying the Galaxy S10 5G will require figuring out the most suitable 5G mobile broadband plans for the device.

Data usage in general is already increasing steadily, and studies reveal that 5G will push mobile data usage even higher. Because of the ultra-fast speed offered by this next-generation cellular technology, users will view increased video content online. Thus, to accommodate these increasing needs on the Samsung Galaxy S10, users have to choose an appropriate mobile data plan — likely one with a whole lot of data. 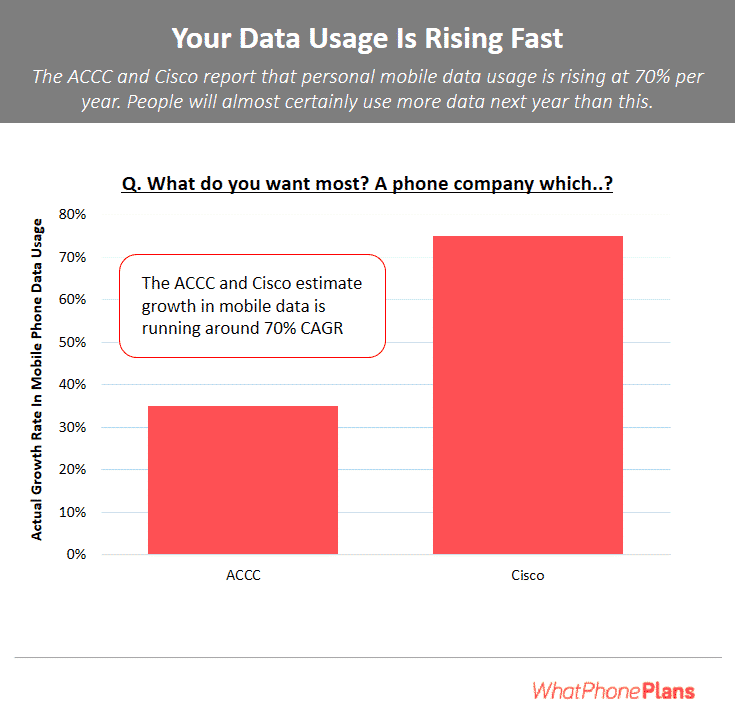 Research conducted by the UK mobile network giffgaff revealed that the average individual uses 1.72 gigabytes (GB) of mobile data every month. This figure is projected to reach 5.07 GB by 2021.

Based on the current data usage statistics, giffgaff indicates that theoretical speed increases will lead to a staggering average monthly data usage of 98.34 GB by 2025, per SIM.

According to Deloitte, 43 percent of people in Australia exceed their monthly data limit regularly. This amount equates to $30 million per month in excess usage charges. The total volume of data downloaded to mobile increased by 103.8 percent between June 2016 and June 2018, compared to an increase of 82.9 percent in total broadband data volumes. 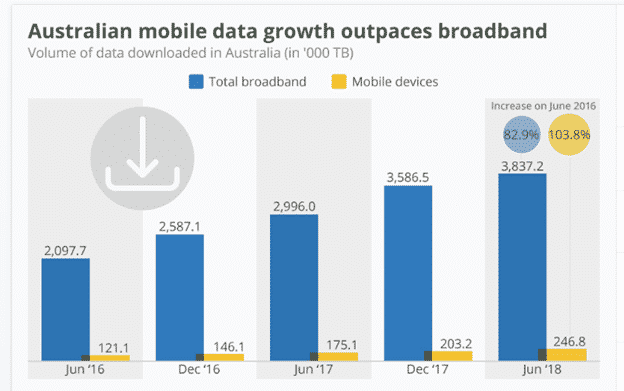 Find out how much mobile data you use

A large number of mobile phone users exceed their monthly data cap. As a result, they end up paying a significant amount of money for extra internet data. You can avoid this by choosing mobile phone plan for your Samsung Galaxy S10 5G device that accommodates your monthly data needs.

You can check your data usage in the data usage menu. In addition to these, you can even set data limits or change the billing cycle for your data.

Finding the right phone plan for the Samsung Galaxy S10

Recent developments have seen both Optus and Telstra make significant moves in the 5G race. In January, Optus unveiled its fixed home 5G broadband plans and announces the launch of some 5G sites. However, there were no 5G smartphones for a true wireless 5G experience. Telstra then followed with an exclusive deal with Samsung to be the sole, initial distributor of the Galaxy S10 series. That announcement also included the telco’s promise to upgrade all those who purchased the Galaxy S10 Plus to a Galaxy S10 5G when it’s released.

Finally, that time is now. Telstra will have the Samsung Galaxy S10 5G available in stores on Tuesday, making it the first and only 5G smartphone in Australia, and Telstra the only telco to have a 5G smartphone operating on its network. With the Galaxy S10 5G available in stores this week, we can expect concrete details of 5G plans from the telco tailored specifically for the device. As of now, it seems such an update might come in June — perhaps sooner.

In the meantime, Australians await the 5G experience and it’s here already. With over 200 5G sites ready, Telstra might bring the Galaxy S10 5G to full life very soon. In the meantime, the telco’s HTC 5G Hub provides a means to experience 5G, and its 5G plans give an idea of what to expect.