Here are the things you’re going to want to take care of while you’re working through the process of choosing your next phone. Click on the image below and print off the free mobile phone and plan buying checklist to help you work through the process.

How many minutes do you need ? What dollar value does that correlate to ?

3 ) Pick a phone company to go with 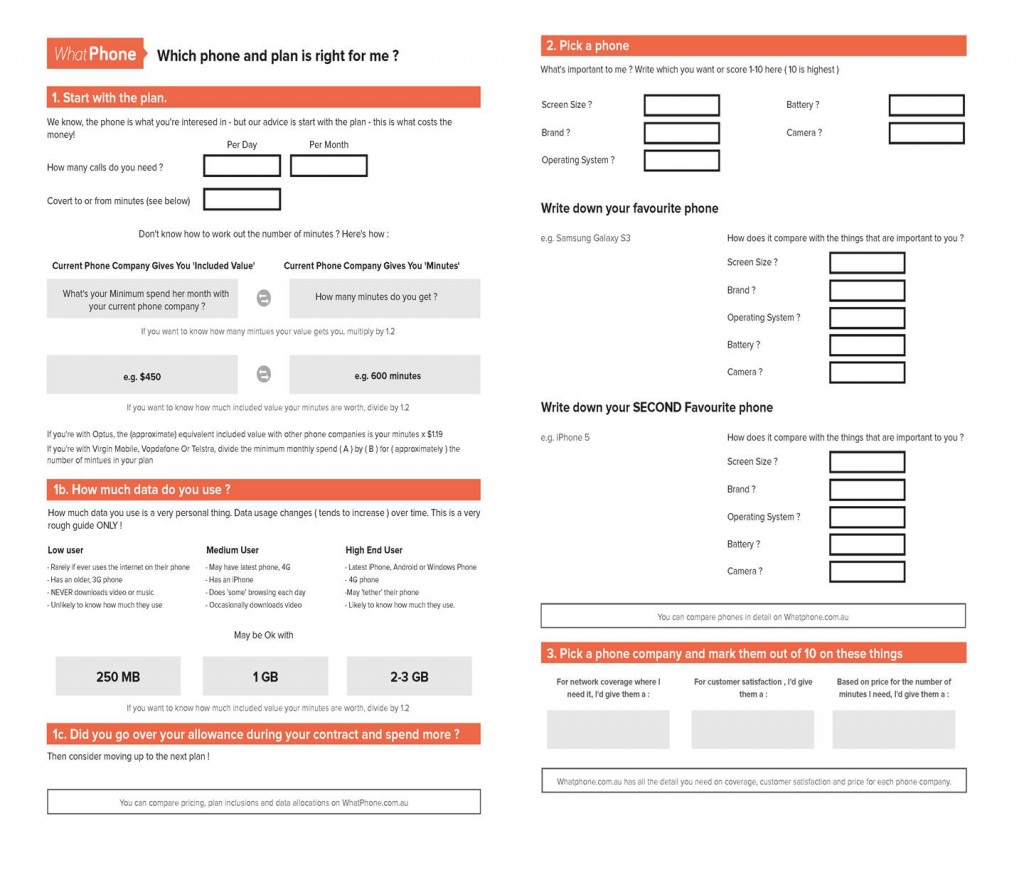 Don’t get hung up on processors. Most modern phones have far more processing power than you’ll ever need.

An Operating System or OS is a series of computer codes which run automatically for you on your phone. They do the real basics you need from your phone, like connect you to a wireless network, recognise when you’ve touched the screen or turn the camera on.

Apps are applications or short computer programmes designed for your phone. They help you complete a job or a task. They might turn your phone in to a torch or give you access to manage your bank account. Android and iOS have nearly a million apps each. Windows 8 has lots but not as many as that. Apps are a good thing and you should try them!