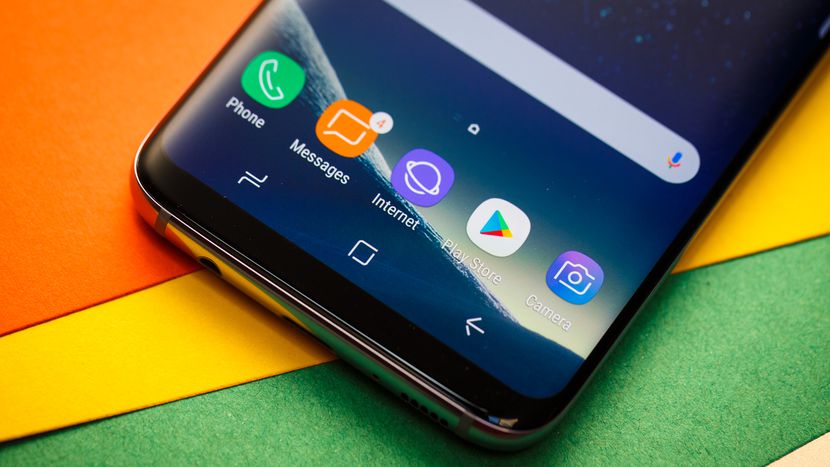 So far, the Galaxy S8 has been placed in the position of being a great smart phone when compared to its rivals. Because of this, Samsung is barely able to match demand at its production locations. This doesn’t mean there aren’t some flaws, but critics believe they can be rectified with the later model, the S9.

What’s the Galaxy 8 got?

Galaxy S8 for a start is a bezel-free phone. Samsung did not just remove the bezels, but it designed a work of art that takes us even beyond the space-age. It has a display that is quite exceptional as it spreads from one edge to another. The Galaxy S8 has a slightly larger screen-to-body size than other phones, while also appearing sleeker, due to the way the Gorilla Glass curves outwards from the back and front. Other types of Android phones seem flat when compared to the S8.

The screen size on the S8 is exactly 5.8 inches and 6.2 inches on the S8+. The larger screen seems better, but it’s more difficult to get to the buttons for those with smaller hands.

Samsung has made some important software improvements, which include a newer 8 MP bigger-resolution, front camera. This seems to produce far better pictures than older versions.

How the speed rates with the Galaxy 8

The Galaxy S8 is actually reasonably fast but is that the most important issue when the user has paid at least $700 for the phone? Despite the fact it includes the most current Snapdragon 835 it doesn’t appear to be that much faster than the Galaxy S7.

This has a 10-nanometer design and its platform can allegedly support exceptional mobile performance. It is 35 percent smaller and makes use of 25 percent less power than earlier designs, and is designed to provide exceptional battery life, lifelike AR and VR experiences, the ultimate in camera capabilities and a high Gigabit rating for download speeds. It seems that owners aren’t that happy with some of these features.

The next to become available is the Galaxy 9 and critics say that it needs to be competitive in relation to the life of the battery. This means that Qualcomm needs to make available the newer Snapdragon 845, with a 2nd gen 10nm chip. It is hoped that this addition could generate a greater user experience as there will be improvements in the efficiency of its power.

When summed up, the S8’s characteristics outperform other Android phones on the market, and even ranks well in relation to the iPhone 7 Plus in overall performance. There appeared to be little or no lag when multi-window mode was activated for talking with friends at the same time as the streaming of video on YouTube. One of the noticeable flaws was how well it moved from one app to another. It didn’t appear as smooth as it should have been. But this sort of flaw could be easily rectified.

Fingerprint sensors aren’t used by all smart phone makers, but when they were first used they did not work that well. Samsung is an example of poor performance of its fingerprint sensors. It seems that even the cheaper models of phones such as the Moto G5 Plus have a better sensor than the Samsung Galaxy S8. Samsung also decided to place the sensor in an awkward position behind the phone and close to the camera feature. In order for it to be of any use it needs to be relocated beneath the camera where it can be reached more easily. If it was to improve the fingerprint scanner, that would make it more customer friendly.

There are all sorts of characteristics that the latest smart phone has that may attract consumers. First and foremost is how well it rates in performance and price when compared with different brands and secondly whether paying the price for a new phone will offer greater features and better usability than older phones. There are consumers who will keep their smart phone going for ever and a day while there are others who pick key features that will improve their experience and then no one will stop them going out to buy the latest smart phone, whatever the price.