Telstra Or Vodafone – Which Has The Best Phone Plans & Network? 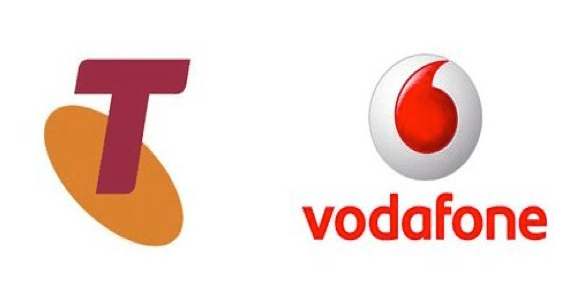 If you’re considering Telstra or Vodafone as your network provider, chances are you’re trying to save money but you’re worried about network quality. Here’s a quick summary of how you can work through the problem. There are a lot more details on each of these points, in the article below.

We provide guidance on how to get either a 3G or 4G phone deal on either network, below.

Attention: The internal data of table “3” is corrupted!

Vodafone have credibly taken steps towards improving both their real and perceived performance. Their attempt to position themselves alongside Optus, however, is probably not realistic. This is especially true, given the fact that, using an Optus reseller, those comparing plans can easily get a deal on the Optus 4G network for the same price Vodafone are charging.

Getting the best deal on the Vodafone network

Getting the Best SIM Only Deals – Telstra network

How Vodafone Got To Where It Was

There are few Australians out there who have not been aware of the problems that Vodafone have suffered with their network since 2008. It’s cost them millions of customers ( rumors in the industry say they revised their ‘real’ customer numbers to 4m in the middle of 2013, down from a peak of just over 7m before all the trouble started. )

In true Australian style, it was over a beer or a BBQ that Vodafone’s name became synonymous with under performance. ‘Vodafail’ arrived as a phrase to embody the frustration. A website was started to carry the Vodafail message. Some people even came up with a mildly amusing and annoyingly memorable song.

Having worked at Vodafone when the horror started, I even wrote about the reasons for the shocking network performance myself on Business Insider.

In essence, the launch of the iPhone in 2007 led to two overlapping problems. First, the number of people using iPhones started rising very quickly in a way which had not been forecast. Second, the amount of data that each person with an iPhone was using started rising in a way which was not forecast. Together, those two overlapping, exponential growth curves, crashed the Vodafone Network. Bill Morrow, CEO of Vodafone has since publicly released the same explanation for the problems.

Where Vodafone Network Coverage Is Now

Even the casual observer, however, will note that almost all of the negative information is old news or relating to old news. The iPhone launched in 2007. The Network problems started in 2008. The Vodafail website was launched a long time ago. Even the song is more than 2 years old.

Even the class action lawsuit which is being initiated against Vodafone at the moment harks back to the bad old days of 2 or 3 years ago. This is at odds with the important questions for those in the Australian market, comparing Telstra or Vodafone now : How is the Vodafone network performing at the moment ? On that question, even the Telstra Chief Financial Officer is complimentary about what Vodafone is up to.

Vodafone have very publicly upgraded their network in sensible ways. They are focusing on major cities and starting with the basics. They totally revamped their 3G network with 3G plus. 3G Plus is the use of lower network frequencies to improve in building coverage. Vodafone completed that 3G Plus work and only when it was done and properly tested, turned their attention to launching their 4G network, albeit, the better part of 2 years after Telstra had launched theirs. To customers, 4G means great network data speeds.

Behind the scenes, in the elements of the network that customers tend not to care about, some important work has been done. Vodafone have not just ‘done’ the wireless network. They have completely upgraded the back haul. That means they have created capacity for the long term, not just to address the short term problem that they faced.

What Vodafone’s Improvements Mean To You

Vodafone’s network improvements have enabled some fantastic services. Vodafone Australia are the first network in Australia to offer High Definition Voice. To users ( in the extremely limited circumstances they can experience it at the moment – where one 4G enabled Vodafone customer is calling another 4G enabled Vodafone customer ) it means clearer sound, less background noise and, ultimately, a signal which sounds much more like the person they’d hear from in real life.

Independent research conducted in Australia‘s major cities and across Vodafone’s 0.5 million Km square network shows that their coverage in cities has really improved.

If that’s not enough, Vodafone have started to use marketing to promote the Vodafone Network Guarantee. To a degree, this is nonsense. Standard Consumer Law in Australia protects your rights. If you buy a service ( like a phone service ) and it doesn’t work, then of course you can take it back ! In reality, any of the networks would do that for you. Optus has a similar programme although they don’t proactively market it. Telstra will accept returns if you have consistently bad coverage. They all have to ! 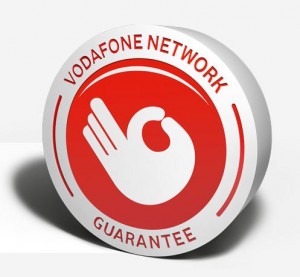 Actually, all of the major phone companies offer a network guarantee. Vodafone’s is called out to reassure buyers their network has improved.

However, the Vodafone Network Guarantee gives customers peace of mind to try Vodafone’s claims of improvement. And when they do, they find it works. This is so important to the buying process that we have written a separate article on Vodafone’s Network Guarantee – Should You Trust It ?

This might seem like an article which is heavily weighted towards networks other than Telstra. That’s not the case. I began with a list of the things to think about when you’re considering Vodafone tor Telstra because, for too many, Telstra is a default choice now.

Telstra is a reliable phone company with some strong selling points :

Unfortunately, Telstra are just so expensive that, unless you live deep in the bush, it is not worth paying the extra.

Comparing Vodafone and Telstra is a common activity in Australia. The research shows that people hate Vodafone for coverage and Telstra for their pricing. Luckily, you have far more options than ever before as to how you go about this. Buying a SIM and adding your own plan can often be the smartest way to solve your problem. With a little bit of foresight, you can avoid paying the extra that either Vodafone or Telstra try to chagre you for extras you may not need in their price plans.

Shop around, and you can get the best of both worlds. Access to the Telstra network and pricing which is better than Vodafone’s.