If you want a phone under contract, Vodafone might be right for you. Amaysim don’t offer that sort of plan. However, if you want a SIM Only plan, Amaysim beats Vodafone hands down across the board. Amaysim’s pricing is better, they give you more data and their customer service is the best in Australia for a phone company. Perhaps most importantly, their coverage is more reliable than Vodafone’s.

In the article below, we consider the prices, services, and coverage that each of these phone companies offer so you can compare easily. And we offer an alternative to Vodafone which you might not have considered. The alternative is Lebara. They use the Vodafone network. Lebara could just give you everything you need for a fraction of the cost you would otherwise have paid.

Amaysim are better than Vodafone in every way, unless you need a phone under a contract. For SIM Only shoppers, the best plans to get are Amaysim’s.

Before we write them off, however, let’s give Vodafone a fair go and consider the circumstances in which they might be right for an Australian shopper.

Vodafone was originally a UK company. Vodafone launched in Australia back in the 1990s and, in 2009 the Australian branch of the company was bought out and merged with ‘3’ (if you remember them). The resulting company was called VHA and has operated from a North Sydney office ever since.

You can’t have failed to notice that Vodafone has some troubles with their network service and coverage. At one point, it got so bad that the CEO had to publicly apologize. Fortunately for Vodafone’s customers, and people considering signing up to them, these issues have driven down their prices. Importantly the issues are now largely fixed. Don’t write them off entirely.

Our view is that they have improved their network to such a degree it is almost unrecognizable. Independent research suggests that Vodafone’s 4G network is now as widely available and as fast as Optus’ in metro areas. (You can see the latest independent research to prove that here.)

As well as a much improved network and two decade long history in Australia, here’s what else is good about Vodafone. It’s certainly not as clear cut as ‘Amaysim is the right choice all the time.’

You can compare Vodafone’s plans to the competition here.

Amaysim only do month to month SIM Only agreements. Since Amaysim has no contracts, you will need to have to stump up the money for a new phone in the first place. That’s not a problem if you already have an unlocked mobile you are using. It could be a major problem if you can’t afford to shell out the $1000 that a top of the range smartphone costs these days.

Amaysim are Australia’s 4th or 5th biggest phone company. It’s hard to tell because they’re growing so fast. They have a simple business model which has proved successful overseas.

You can compare Amaysim’s plans to the competition here.

Amaysim is a smaller phone company or ‘MVNO’. Smaller phone companies offer deals which are hard to pass up. But it’s not just Amaysim who do it. There are MVNOs who operate on the Vodafone network. The one we recommend is Lebara. 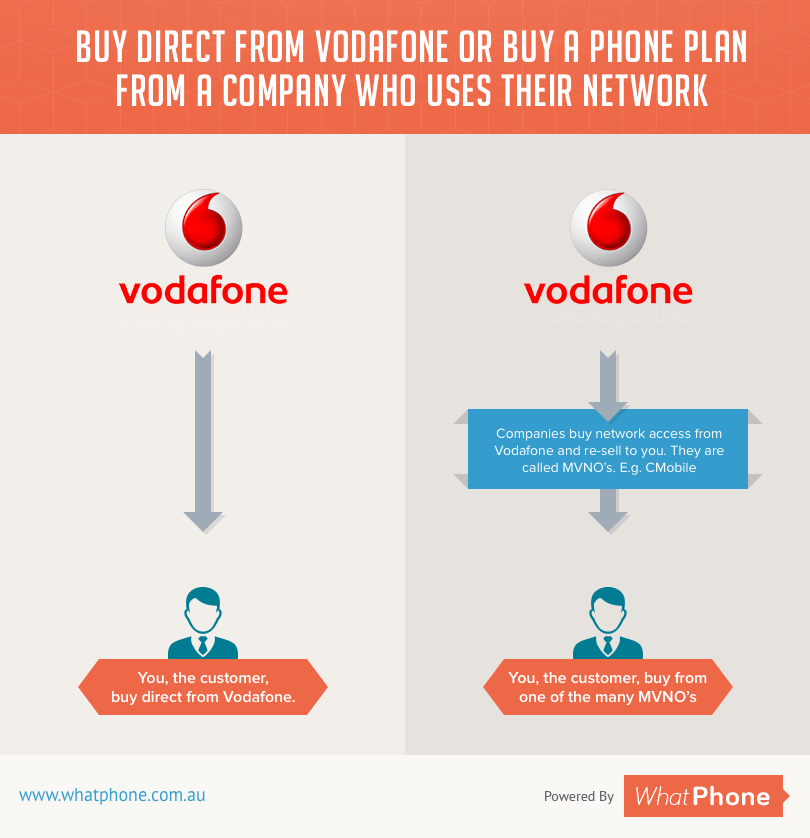 If you’ve decided you want to get the best deal on the Vodafone network, consider an MVNO. MVNOs mean you won’t have to experience the customer service problems that some of their customers complain about. Additionally, you’ll get some extremely keen pricing which undercuts Vodafone’s. And remember, these guys are on exactly the same network.

Lebara offer an unlimited plan for $29.90 which is very similar to Amaysim’s but which is $10 a month cheaper. The difference, of course, is the network they operate on.

Whatever happens here, you’re going to go alright choosing from these options.