Why Old iPhones are Selling Like Hot Cakes in India 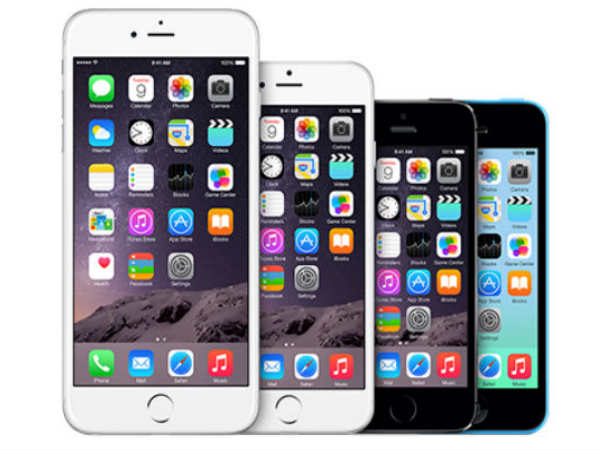 Apple is competing for a share of the potentially huge Indian smart phone market, using a novel strategy. In that market, they’re releasing older model iPhones. These ‘tried and tested’ devices are more affordable in India and and they seem to be proving a hit with the locals. It’s not the first time Apple have come up with a great idea which makes a bag of money, so we shouldn’t be surprised !

One of the most popular iPhones to hit the Indian market is the iPhone 5S, originally released in 2013. Such is the speed at which (smart) phones evolve, in the more affluent western countries of North America, Western Europe, Japan and Australasia, people have tried the 5S, used it and finished with it. As these people upgrade their devices to more recent iPhone versions, something has to happen to the used phone hardware. Of the 2.6 million iPhones that Apple shipped to the subcontinent last year, 55% of them were older model phones.

eBay is often the first port of call for many as we reported in our article on second hand phones. Where Apple can get their hands on the old devices, however, Apple are refurbishing them and sending them on to India. From the user’s point of view, this all makes a lot of sense. Tying together an outright purchase of a handset with a SIM – especially if it’s second hand – is one of the smartest ways to be more efficient with your spend..

The sort of people who are keen on buying an Apple iPhone, rather than an Android device, in India, are young to middle aged professionals. Remember, however, while they might well have the same appetite for gadgetry, they don’t necessarily have the same disposable income as their equivalents in the west. This is where the interest in still attractive older model iPhones like the 5S is coming from. The market is huge. The nation is young, increasingly tech savvy and huge in population. People in india outnumber every other nation’s population with the exception of China.

Pushing its ‘retro’ iPhone models ( in what other industry would you describe a 2 year old product as ‘retro’ ?! ) is not something that Apple is used to. The reality is, they’d probably  feel better about selling everyone a brand new iPhone 8. However, competition from cheaper Android rivals makes this approach to second hand iPhones a necessity To this point, Apple has only managed to grab around 3% of the Indian market.

Most people in India buy locally made products. Generally, these are Android machines manufactured by Micromax Informatics or Chinese equivalents produced by Oppo, Gionee and  Xiaomi. Xiaomi, in particular, are breathing down Apple’s necks. They are aggressively pursuing the Indian market with its own Android phones. Co-founder Lei Jun has publically stated that the company is to double its investment in India over the next two years, balancing declining sales in China.

Apple has indicated it’s willingness to support the provision of cheaper phones by allowing online retailers sell the iPhones they’re provided at discounted prices. Amazon, iPlanet and Flipkart are selling the iPhone5S, for instance, for around US$300 in India. That’s a saving of around 25% off a similar iPhone model, the SE which retails in the States for $400 ex state sales tax.

Apple’s CEO is trying to convince the government to loosen restrictions on direct imports from Apple rather than having to rely on middlemen. He is not having much luck. India would like to increase its share of local smart phone manufacturing capability. They’ve also requested would like to see Apple come up with a better plan for job creation and capital spending. It’s a solid plan. If Apple could start to manufacture components in India, it might be a way it can get around relatively high import taxes. This would certainly bring the price of new Apple iPhones down – a boon for both sides.

One way that Apple’s Indian sales pitch is trying is to make it easier for young Indians to buy their phones over a longer period together with attractive phone plans, buy back schemes and product exchanges. They have hired a number of “affordability managers” who are negotiating with finance companies to make phone purchases easier.

Bringing it all together

Apple is looking to the emerging market in India to sell its products. The opportunity is potentially huge, it just involves Apple having to adapt its usual elitist marketing. Being flexible is not a feature the Apple brand is renowned for. Indian people do want to buy iPhones. They just can’t necessarily afford them the way that young people in the west can. It appears Apple’s strategy is a worthwhile one. Experimenting with selling older model phones, using online retailers and moving into local assembly and manufacturing to ward off competition from China is, perhaps, the only way they will break the market.