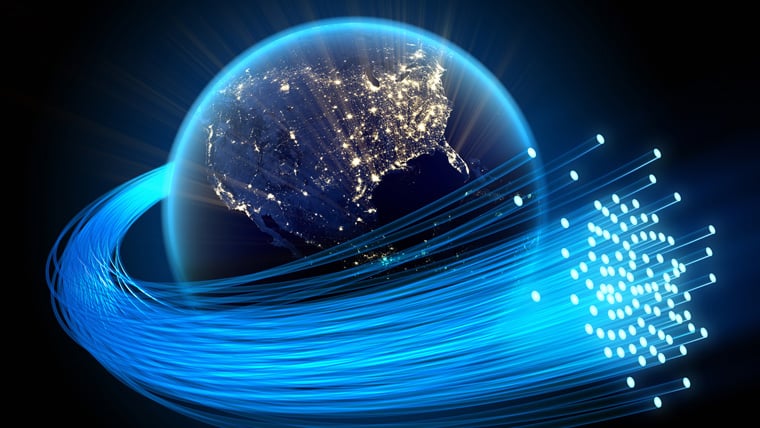 Internet connectivity continues to increase, but there is a lack of knowledge regarding services

Global Digital 2019 reports indicate that as of January 2019, there were more than 4.38 billion internet users worldwide — an increase of 9 percent over January 2018.

Given how common the lack of knowledge regarding these terms is, consumers have difficulty choosing the most suitable broadband service for their needs.

Here’s a detailed explanation of each of these broadband technologies.

Wireless broadband (or Wi-Fi) is a high-speed Internet service that doesn’t involve cables. It is delivered through a Wireless Wide Area Network (WWAN) or Wireless Local Area Network (WLAN). A wireless router converts incoming signals and broadcasts them around a specific area. Wireless-enabled devices pick up this signal, providing them with Internet connectivity.

If you are one of those who don’t like to be tied down with cables and wires, you should choose wireless broadband. In particular, wireless broadband is a great option for families where multiple people access the Internet at the same time from different rooms.

It is also an ideal option for gamers who use wireless gaming consoles as well as laptop users who don’t want to be tied down by the location of their landline phone. These are also extensively used on handheld devices that lack cable input ports. Other ideal users include large houses and places with gardens, where the distance between the router and the user might not be appropriate for cable.

Fixed mobile broadband is similar to wireless broadband except that the router is set up at a fixed location. In fact, both terms are generally interchangeable, but fixed wireless is generally plugged into the mains. 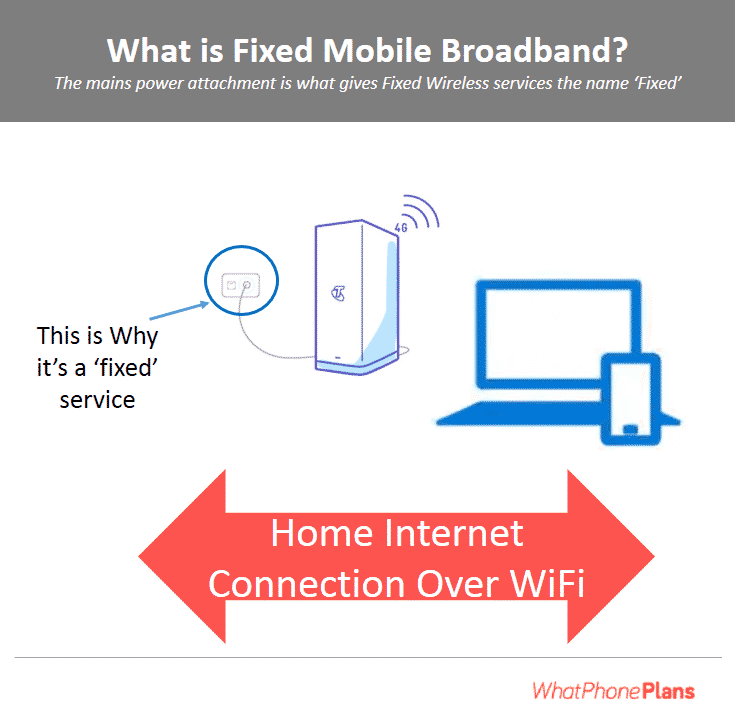 It provides high-speed Internet access using radio signals instead of cables. Different forms of fixed mobile broadband are available on the market for residential and commercial customers, depending on their varying needs.

Internet users who choose fixed mobile broadband include those who live in areas where cable television lines, DSL (Digital Subscriber Line) and fiber optic cable is inaccessible. Even with the lack of these technologies, they still enjoy broadband Internet access through a wireless service.

Fixed mobile broadband service uses ground stations or transmission towers. These towers communicate with each other and the subscriber’s location. Internet providers maintain these ground stations.

Mobile broadband is the solution designed to keep people connected on the go. This wireless technology allows you to connect your mobile devices to a broadband internet connection without wires, through a mobile phone network. These devices essentially rely on SIMs and gain their Internet access via network towers. 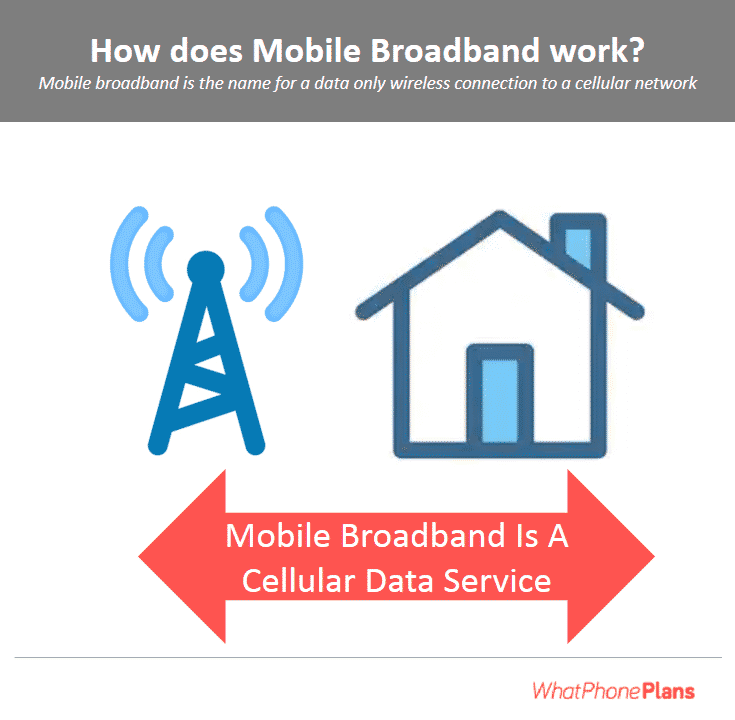 Of course, users can also use Mobile Broadband on any WiFi connected device by turning their phone into a tethered modem.

People mostly use mobile broadband because they can use it to access the Internet from anywhere and at anytime. In fact, the mobile subscription rate has significantly increased in recent years, showing consumers’ preference for its on-the-go nature. 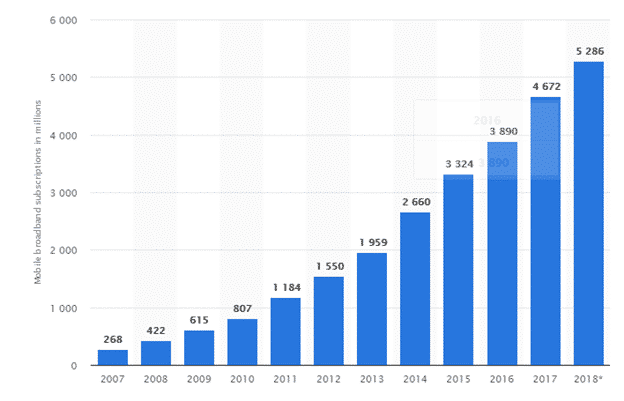 Mobile Broadband is really just a marketing name for the mobile data networks used by phone companies. Some mobile broadband connections do not have a dedicated voice and SMS active on those SIMs because people use them exclusively for data in tablets, computers, or ‘dongles.’ 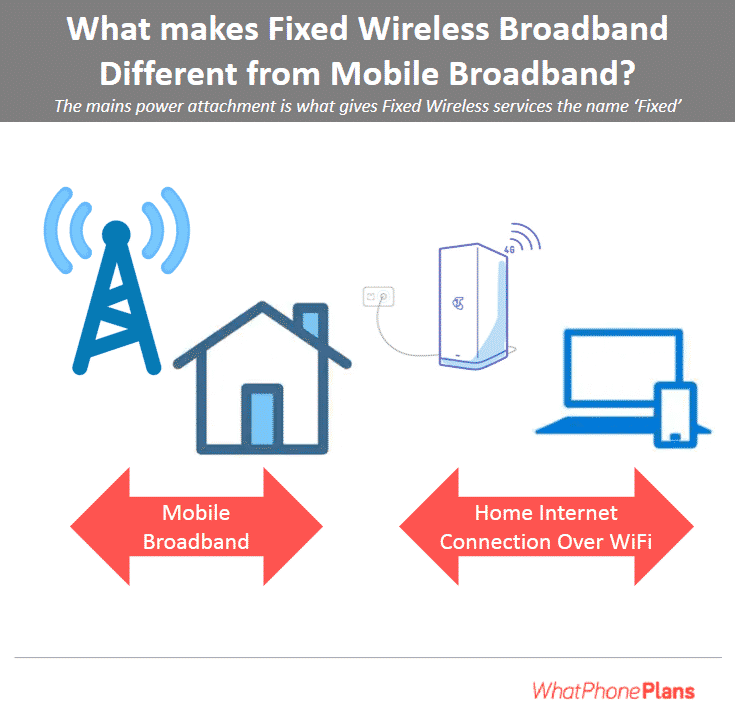