Comparing Yomojo VS Boost Mobile – Which Is Best For You ?

Here are the key findings for both Yomojo and Boost Mobile services & coverage, there are more details in the article which follows below. 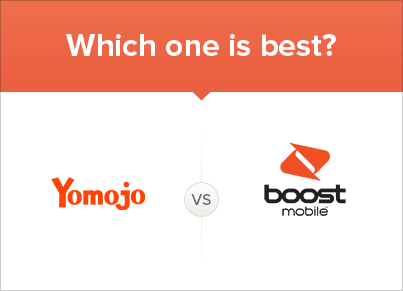 Comparing Yomojo and Boost is mostly a comparison of plan range and network. Yomojo are the new kid on the block. They took over from Yatango when Yatango ran in to financial problems in late 2015. Boost have been around for years and moved from the Optus 4G network to the Telstra Mobile network 3 years ago now. Here’s some more detail on the commonalities and differences of Boost and Yatango so you can make the right decision for you.

You’re not going to make a bad decision here. In picking between Yomojo and Boost Mobile, you’re offered the world. You have the option of prepaid or postpaid, a choice between two networks, variety that includes just about any permutation of plan feature ( talk, texts and data ) that you might want. What’s more, you’re offered access to the fastest data speeds Australia has available. There is no clear winner here. It comes down to what type of user you are, where you live and how much data you need.

Yomojo is great for people who live in the cities or suburbs. We say that because they’re on the Optus 4G network. They’re great for well priced plans which service unusual needs. If you only want 100 minutes of talk time with 3GB of data, Yomojo is the only place you’ll find it ! Their plans have generous data inclusions, especially when you go for the unlimited range.

Boost’s key strength, on the other hand, is that they’re on the Telstra Mobile Network. Boost are the only phone company at the moment which use the Telstra Mobile Network, other than Big T themselves. Boost’s range is small ( they only have 2 plans ! ) In some ways, though, that’s a good thing. You won’t get lost or confused when you’re poring over the Boost price card. Choose Boost if you need the coverage and / or if you use a lot of data on the weekend.

Summarising the article, discussing why (X) winner was chosen, re-covering all good points on both.