5G is coming to Australia and nothing is going to stop it! 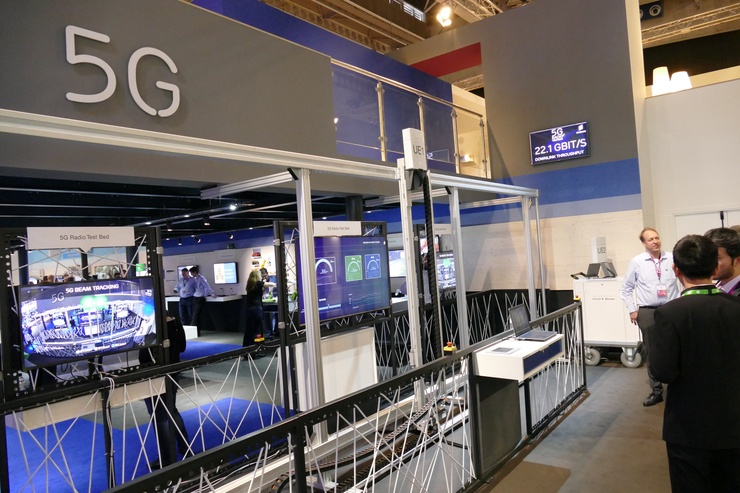 Any savvy person who has lived through a series of technological changes will have realised by now that there is no end to them. What’s new today is redundant tomorrow. Mobile phone and network innovations are all part and parcel of this infinite desire to offer more and more, whether people really want the changes or not.

Cell phone connectivity has gone through rapid development, with an important emphasis being on speed, rather than anything else. Telcos, when they charge users base their charges on how many minutes of phone time are used and the number of MB’s used rather than the speed that’s offered. Despite this, faster speeds are still a priority, with the next to be rolled out being 5G.

Steve Mollenkopf, the boss of Qualcomm, recently revealed that:

What on earth is Qualcomm you may be asking?

Qualcomm is a semiconductor manufacturer that behind the scenes has been bagging dollars making components for mobile phones for at least as long as you have been able to buy one in a high street store. It’s taking on 5G now as if it’s the owner.

The consumer electrics show (CES) staged in Las Vegas has been treated to everything that needs to be known about 5G. This is where the chief executive of Qualcomm, Steve Mollenkopf, revealed everything he knew on the topic of 5G. He said that 5G is not just about speed increases and bandwidth, but 5G would provide a level of communication that people had yet to experience.

5G will aid the production of goods

Mr Mollenkopf envisaged that 5G would alter the way billions of mobile devices are used today as speeds accelerate and data prices drop. It is expected that before 2035 is reached, that 12 trillion goods and services would be produced using a 5G service.

Its product showcase is the all new minimal power usage Snapdragon 835 processor that is expected to use 25% lower power in a phone and offers machine learning, as well as Gigabit LTE connectivity. The current prediction is that this year’s release of Samsung’s Galaxy S8 smart phone will use Snapdragon 835. This all new processor supports virtual reality when it’s installed inside a mobile device. At the CES, Qualcomm put on a demonstration showing the use of positional tracking by using a camera found in a smart phone which was VR-enabled.

This device will be available on the market in the 2nd half of this year (2017). It uses the 802.11 WiFi standard. We are told it supports ultrahigh speed zones of up to 4.6 Gbps, with an extremely low latency. It is anticipated that a feature-length 4K movie can be downloaded in 18 seconds, or in 3 seconds a one GB file can be downloaded from cloud storage.

Intel has its say on the 5G modem roll-out

Aicha Evans, reporting for Intel, says the 5G modem will increase 5G-enabled devices deployment and there will soon be opportunities for anyone involved in a wide variety of industries to make use of this advanced technology.

The 5G delivery does not just happen on its own. It depends on reaching an agreement on a set of international standards. At the moment, there are various bodies discussing 5G, including the

New technology that affects us all sometimes takes years to be realisable, so it may start to be rolled out in 2020. No-one knows at present. So far, 5G has only undergone tests in a lab. Real users will be the target of trials very soon with commitments by both U.S. telcos Verizon and AT&T.

As far as the Australian situation is concerned 5G trials are set to continue with 4.5G expected to be the pre-cursor to fully implemented 5G. Optus looks likely to update its plans to incorporate 4.5G in February this year. In a trial that took place in Sydney in 2016, Huawei and Optus attained transmission rates of 35Gbs using the 73 GHz band.

Kent Wu, an Optus executive, has stated that the telco was investigating MIMO technology (multiple input, multiple output) in 5G. Traditionally, Mr Wu said each direction has a single lane, but with 5G this becomes 32 in each direction.

Telstra put on its own press conference at the Las Vegas CES because it sees Australian conditions as somewhat different from those countries which have high population densities. Mike Wright, who is the group manager of Telstra Networks, knows too well that Telstra is a world leader in the provision of telecommunications, but he emphasised that Australia has vast areas to cover with many of them being of low population density. It has selected the Gold Coast and the Commonwealth Games as a place to trial 5G.

Many of you have probably subconsciously been thinking about the next generation in mobile communication as we transit through 4G. You are not the only ones as 5G will be on us before we know it. If you are happy with what you have got you won’t even notice the changes but if you own a business you may benefit more than you think. No doubt Telstra will be revealing all after its Gold Coast trials and whether we like it or not we will have to deal with any changes it makes to our phone and internet experiences.