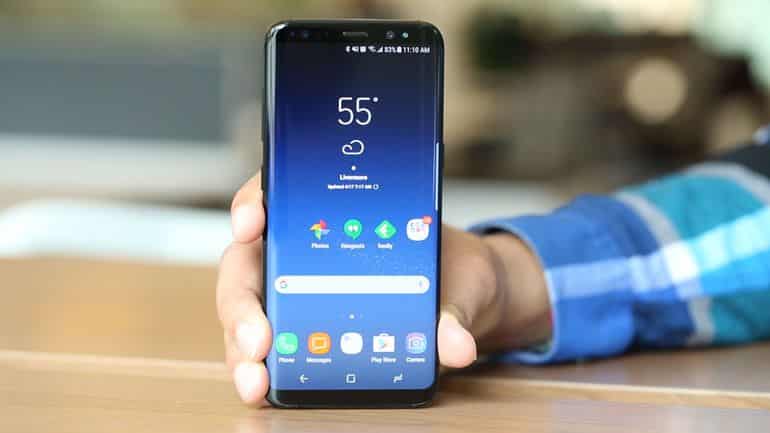 However, several rural and regional areas of Australia experience either spotty or non-existent service leading to dropped calls, stuck messages and poor voice quality. Most people have experienced the frustration of having calls dropped due to bad reception, regardless of location.

Telstra has recently announced a list of “Blue Tick” certified handsets that aim to address the problem of patchy coverage. If you are stuck in an area with bad reception, Telstra’s Blue Tick range of smartphones can help you stay connected. Here’s how.

Telstra ‘Blue Tick’ is awarded to smartphones that deliver superior coverage performance in the rural and regional areas of Australia. The telco developed the certification ten years ago to assist customers in rural regions to easily select mobile phones that are pre-tested to offer the best network coverage on the cellular network.

The phones are rigorously tested in a lab under controlled conditions for receiver sensitivity. The devices are further monitored in the remote areas on the Telstra mobile network to ensure optimal voice quality during calls.

Mobile reception is a variable matter, which is significantly impacted by the nature of radio waves. Every device is thoroughly tested in five different holding positions, since the reception quality is also affected by the way a phone is held. After the tests, the mobile phones that boast superior antenna strength are certified with the blue tick.

Every time a software update is launched for a mobile device, it has to undergo the testing process again since the upgrades can augment the radio properties of the device.

Until now, the blue tick was designated to devices running on 3G. However, with the transition to the 4G technology, Telstra also decided to refresh its testing methodology and evaluate calls carried over 4G service.

Around 84 per cent of the Australian population is concentrated within 50 kilometres of the coast. The population density gradually declines as you go towards the inland areas. Mostly due to lack of service to areas with low population density, Australians living in remote regions often experience challenges with communication. The lack of reliable network coverage can make even the simplest of tasks like making a call or sending a text virtually impossible.

For people living in a black spot area with low coverage, considering a blue tick certified phone can be helpful. In addition to the coverage provided by your network provider, the antenna performance of your phone may also affect the reception quality. This is especially critical if you reside in an area located at the edge of a mobile tower’s coverage range. The more remote parts of Australia are unlikely to receive dramatically faster speeds, but even a slight improvement in the voice quality is significant.

Telstra’s network offers coverage to 99.4% of Australia’s population, which makes it a reliable network operator. Just add a Telstra’s blue tick certified phone to the package, and you will undoubtedly benefit from superior call quality.

Telstra releases a list of blue tick certified handsets that are the fastest devices available on the mobile network. Samsung’s Galaxy range including S9, S9+, S8, and S8+ along with Galaxy Note 8 has been awarded the blue tick. If you are a fan of the Apple iPhone, then you can go with iPhone 8 or iPhone 6S. Unluckily for the iPhone lovers, the iPhone X is not blue tick certified.

In addition to Telstra, other telcos are also investing heavily in ensuring better connectivity in the rural regions. Just like Telstra, Optus labels certain phones that have passed the signal strength and coverage tests with their “Top Pick for Regional Coverage” badge. The new device certification program demonstrates the telco’s commitment to enhancing mobile coverage in regional areas.

So far, 12 devices from Apple, Huawei, LG, Microsoft, Oppo and Samsung have received the Optus badge, which includes both the Post-paid and Prepaid range. For Optus customers residing in a remote region that has poor connectivity, considering the mobile devices with the “top pick” badge can be beneficial.

If you are living in one of the remote areas of Australia and struggle with network coverage, looking for smartphones that hold Telstra’s ‘blue tick’ and Optus’s ‘top pick for regional coverage’ badge is essential. Since most of the popular smartphones in the market today are passing the Telstra and Optus’s regional coverage tests; you won’t even have to compromise on the choice of device. Don’t risk unreliable coverage by purchasing an untested phone – let the device and the network work together to bring you the optimum coverage for your area.