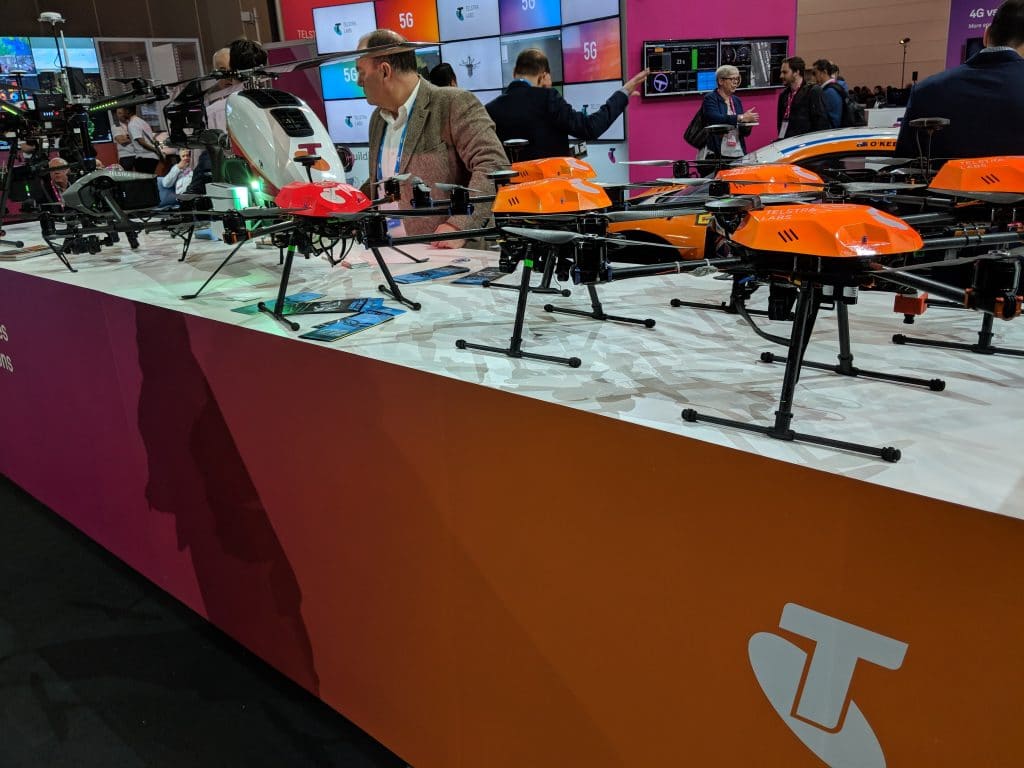 Natural calamities such as cyclones, earthquakes, or bush fires have a devastating effect on people and communities across the world. These natural disasters lead to the loss of homes, assets, resources, possessions, physical injuries, and fatalities.

When it comes to managing the disasters its imperative to put every available resource to use. In these circumstances, having access to modern state-of-the-art equipment can compensate for the limitations of human resources, and improve their capacity for action. For this reason, use of UAVs during a disaster and its aftermath has become common across the globe.

Telstra has come to the forefront of emergency response initiatives by introducing a new drone technology to boost its existing arsenal of drones for post natural disaster management.

Mike Wright, the Managing Director of Telstra Group, said that the drone technology is already being used by Telstra for the maintenance of mobile infrastructure all year round. But now, they are leveraging the drone technology for disaster relief by trying to improve mobile coverage during emergencies.

The Telstra lab team unveiled its “cell on wings” at Laverton in Victoria during Telstra Vantage 2018. The “cell on wings” is a device that is mounted on a drone, boosting the mobile coverage in a particular area. They are known as mobile base stations that can help in scenarios where extra bandwidth is required, as in the case of emergencies.

It works with a tethered backhaul through wiring a network cable directly to the drone from the wireless line of site extension from the mobile tower or the ground. Alternatively, a wireless line-of-sight can also be established by relaying the signal from another tower.

The drones are capable of being fitted with three cells and handling 128 calls simultaneously. If it is connected to a base station on the ground, it has the capability of handling 4000 calls altogether.

Introduction to the master drone fleet

Telstra has also shown an entire fleet of drones that was operated through the 4GX cell network.

The fleet was operated by a single flying pilot and was able to collect sufficient information to map a calamity-stricken area. It is equipped with a computer vision capability that enables the camera to detect specific objects, thereby assessing how many vehicles or people are in that area.

As the technology evolves, it will allow more than one drone per pilot, allowing the fleet to be deployed in a formation to cover larger areas as well.

These drone swarms are something that could be used to save lives and resources in emergency situations. They can also be used for a number of situations where search and rescue applications are to be implemented.

During an interview, Telstra CTO, Hakan Erikkson said the coverage of drones extends around 150 meters up to the ground level. However, the most useful case is only up to 100 meters.

According to Erikson, Telstra’s CTO-Drones also have many other applications for improving the productivity in every country. They can serve an important part in a variety of applications such as inspecting power lines, high rise buildings, reservoirs, water tanks, and a lot more.

Telstra currently has three drones that they have been using to explore the potential of this concept. Without the supply of proper power, the drones deliver about three-quarters of an hour of flight time. However, if the drones are attached to a lead that is connected to a ground-based generator, it will allow an indefinite flight time.

Currently, these drones use 4G dongles for communication. This network allows them to send and receive data, and also lets the pilots set up the missions through a single platform.

The Telstra’s Chief Technology Officer Hakan Eriksson said that its true potential would be realized after the successful rollout of 5G networks. The low latency of a 5G network will also allow more accurate real-time control over drones through the next decade.

5G will allow operators to use drones to run the missions even more efficiently with high uplink capability. Telstra’s 5G coverage is not expected to be available in major cities and centres until 2020.