Sydney’s West gets 4.9G Thanks to Vodafone – But Is It Worth the Hype? 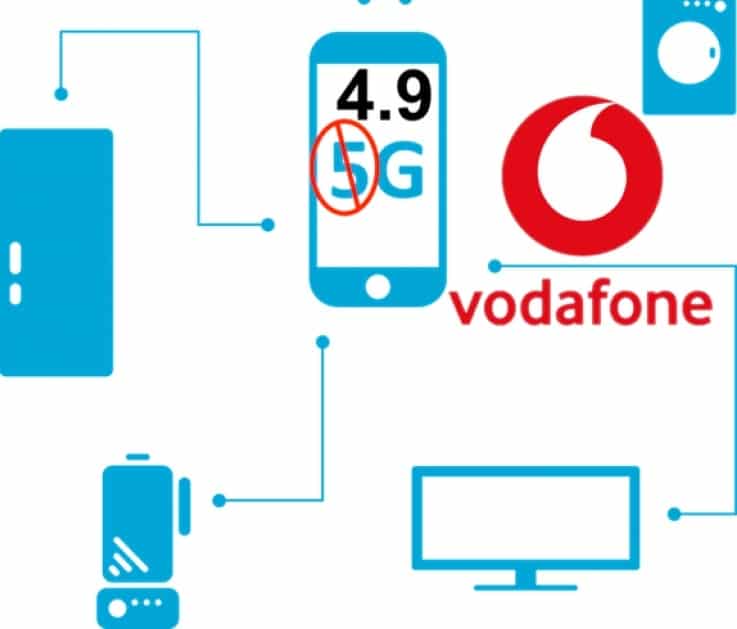 The race to 5G is on, and all the major telcos are competing. The recent Commonwealth games was where Telstra and Optus chose to showcase some 5G capabilities, with public demonstrations and centres dedicated to showcasing 5G performance. Vodafone has stayed relatively quiet on the 5G front, although they assure customers their 5G capabilities are in development and are aiming for a 2020 rollout.

But while Vodafone are developing their 5G network, they have also chosen to invest in upgrading their existing 4G networks to provide 4.9G to a trial area. Vodafone’s CTO Kevin Millroy drew a comparison between companies who are going all out for 5G and Vodafone’s choice to provide upgrades that can already be commercially available, saying that the company “is investing in technologies that will help deliver real benefits to our customers now” instead of “focusing on stunts around 5G”.

Vodafone’s counter-move against the futuristic 5G hype is a real-life trial of mobile internet that’s not quite 5G, but a definite step in the right direction – and Parramatta was the lucky trial location. So what is 4.9G, and is it worth the hype?

A network needs to meet a number of specified standards to be called 5G, the most important of which are impressively high speeds, extremely low latency (the delay between sending or requesting data, and actually getting it), and the ability to support many devices. 5G isn’t expected to be commercially available until next year at the earliest, but Vodafone isn’t waiting until then to start trials.

4.9G is a stepping stone to 5G, while still utilising 4G technology. Vodafone’s new network speeds are delivered using massive MIMO and FDD 1800 MHz spectrum. Trials of the 4.9G technology by Vodafone in 2017 using FDD band spectrum in massive MIMO reached speeds of 717 Mbps over 8 devices. To put that into perspective, in 2017 Australia had an average download speed of 33.76 Mbps, according to OpenSignal – so it’s easy to imagine how impressive 4G customers will find 4.9G speeds.

What is Massive MIMO?

The theory behind massive multiple input multiple output technology is complicated, but it very basically involves using multiple antenna, which allows for more focused coverage of a wider area. It helps achieve faster speeds and lower latency. Multiple MIMO has been difficult to achieve until now because of the complexity of the hardware and processing needed. However, as Vodafone are showing, the technology is ready to be tested on a high speed network like 4.9G, in preparation for the 5G rollout.

People are using their phones to access the internet like never before – Vodafone reported a 40% increase in data usage between 2016 -2017, yet according to OpenSignal the average speeds that most customers were accessing had only increased by 1 Mbps. Companies are now offering plans with “unlimited” data, so it’s becoming more vital than ever that telcos develop networks capable of supporting the increased data needs of their customers. With this goal in mind, Vodafone’s 4.9G networks can both provide a better network to customers now, as well as supporting the imminent 5G rollout.

Vodafone have begun their trial in Parramatta, but that’s only one of 5 planned trial sites. The next two are in Chinatown and Haymarket areas, both located in Sydney. Vodafone customers in this area with compatible devices will have access to a higher quality network, smoother steaming, more consistent speeds – and these benefits should continue even in high-usage periods.

The focus on upgrading their 4G networks doesn’t mean that Vodafone have stopped investing in 5G – they’re building up both networks simultaneously. It’s a smart move on two fronts – firstly, 5G isn’t available yet and won’t be for at least a year, so Vodafone can offer real upgrades to the public now instead of attempting to keep potential customers interested with promises about the future. Also, 4G networks will be needed to support the transition to 5G, which means that their investment in upgrading their 4G abilities will still have long-term rewards.

It’s a long way from Australia-wide coverage, but Vodafone’s trial will attract international interest, as telecommunications companies continue to push towards “the next big thing”. Meanwhile, Vodafone customers in West Sydney can enjoy the 4.9G network while the rest of us wait until the improvements become available in our area.