ACCC Concerned With MVNO Access to eSIM Technology, not Regulations

The eSIM in Australia

The Australian Competition and Consumer Commission (ACCC) has indicated a lack of interest in regulating eSIM technology for now. The ACCC does, however, express concern about the lack of MVNO access to the technology, and warns that they are keeping a “close watching brief” on the issue.

The eSIM is an embedded SIM card. It is build into the device, which eliminates the need to actually plug in a physical SIM card provided by the telco.

Instead, eSIM technology allows you to switch from one provider to another from the device itself. This makes things a lot easier for the consumer, but you can imagine the tough questions it raises for the telco market, where service providers have a vested interest in locking you in to their service and devices. Industry insiders already forecast a 16% drop in regular SIM card shipments as a result of eSIM technology.

It’s important to note that eSIM devices are few compared to regular SIM devices, which makes it a small market. But if MNOs are the only providers that can service such devices, then the currently small eSIM market becomes a significant one. This limits competition and creates potential for monopolies in that sector.

While the ACCC indicates no regulation for eSIM tech right now, they have indicated their desire to see MVNOs get access to the sector. The ACCC’s concern in this case comes with their vested interest in fair competition.

More eSIM devices are expected to hit the market, making the implications of the technology increasingly significant.

The Current schemes only provide service to eSIM devices through actual phone plans. In other words, you must buy a phone plan as your eSIM plan to be able to use the eSIM device.

As a result, both the device and smartphone will share the same phone number. This means that while the eSIM device market might be small right now, it becomes quite big when you consider the fact that phone plans must be purchased in order to use them.

Another market shaker is the fact that eSIM devices can be embedded into a vareity of electronics beyond your typical mobile devices. For example, a laptop can be manufactured with an eSIM built into it, which means you can then purchase a mobile data plan for your laptop. This, too, reiterates the potential growth in the eSIM service provider market — one that might become too big to be fairly controlled by MNOs alone.

The ACCC is confident that MVNOs will get access to eSIM technology soon. They indicate that, although they won’t regulate the eSIM market right now, they are keeping a “close watching brief” MVNO access.

But while eSIM technology has been in Australia for a couple of years, MVNOs can’t provide service unless given access by the MNOs that wholesale their network to them. This is where the issue of fairness in competition comes in.

While MNO’s control the access, they can’t keep the technology to themselves. Eventually, they would have to allow MVNOs get a piece of the pie, especially as the eSIM device market begins to grow.

The ACCC has acknowledged that Telstra is working towards wholesaling eSIM service to MVNOs. Although there isn’t much similar news from Australia’s other major telcos, it is only a matter of time before eSIM service becomes widely available through MVNOs.

Perhaps this is like most technologies that are first rolled out by the MNOs alone, before allowing MVNOs access. For example, Optus rolled out 4G for themselves before allowing actual access to Amaysim, and then to other MVNOs eventually. Telstra had a similar occurrence with Boost Mobile. Even right now, we are seeing the same scenario play out with 5G, where the technology is already being rolled out but Optus is the only telco that has indicated MVNO availability (to Vocus Group alone). 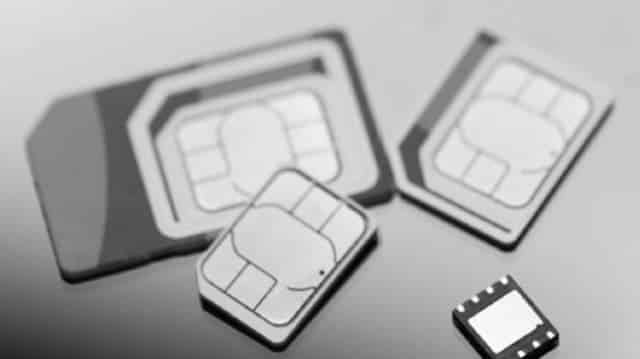 The eSIM will likely phase out today’s regular SIM cards. The technology simplifies the service provider process, eliminating the need to switch physical SIMs whenever the user changes services. Although it makes things easier for the consumer, the telco may face some difficult questions as a result of the technology, given their interest in locking customers in.

With so many implications coming with eSIM technology, one would imagine the ACCC would regulate the market. However, the ACCC has chosen to steer clear of regulations for now, but has warned of their close watch over MVNO access to the technology. So far, only MNOs can provide service to eSIM devices, which raises competition questions. This won’t last though — MVNOs will eventually get access to the eSIM market.