Will The eSIM Go Mainstream After A Debut On The 2018 iPhone? 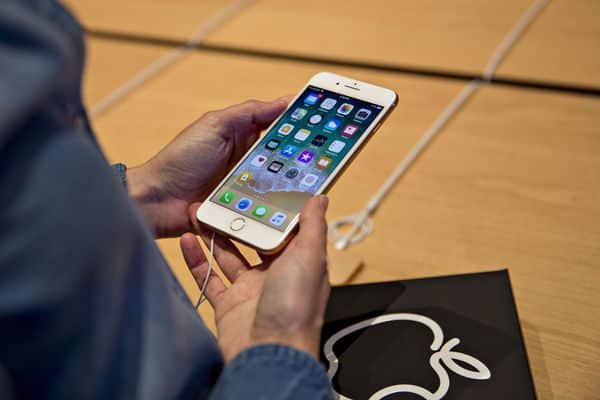 The eSIM has been in the news for a long time as an upcoming future technology, but it has failed to catch on yet in a big way. Even after debuting on popular devices like the Google Pixel 2 series smartphones and the Apple Watch Series 3, the technology still doesn’t seem to excite much interest. That said, a change could be coming. There are strong rumours that the 2018 iPhone X successor will support eSIM technology, and where Apple goes, other brands very often follow. We could be seeing eSIMs as standard inclusions after all.

eSIM is an embedded SIM that is installed on the motherboard of the smartphone at the time of manufacturing. The technology was invented with the disadvantages of physical SIM cards in mind. eSIM technology allows the manufacturers to avoid having to set aside significant amounts of space for a physical SIM card and its accompanying tray.

Currently the smallest SIM card available in the market is the NANO card that is 12.30 mm in length and 8.80 mm wide. On the other hand, the eSIM chip is only 6 mm in length and 5 mm wide. For smartphone manufacturers that have been scrambling for space by removing features like the 3.5 mm audio jack, this is just another opportunity to shrink the size of their devices even further, or increase the size of essentials such as batteries.

The Pixel failed to make a noticeable difference to the market even though they included an eSIM. So why would the iPhone change the market where other models have failed to make an impact? The iPhone isn’t necessarily a superior device to the Pixel. However, Apple have traditionally had a reputation for leading the pack when it comes to innovation. The Apple iPhone has been ‘first’ multiple times in the industry.

Some of the new technology has been well received, and sometimes the innovation is met with a less favourable reception from the public. The iPhone 7 was the first modern smartphone to get rid of the 3.5 mm jack. This was followed by all modern smartphones boycotting the audio port (except for Samsung) in a bid to make their smartphones seem more modern.

The trend will almost certainly follow the usual pattern once Apple adopts the eSIM. But while some innovation was less favourably received, the eSIM’s advantages certainly outweigh the disadvantages.

Advantages of the eSIM technology:

Apple might have been the reason behind the absence of a 3.5 mm jack and the inclusion of a notch on the most recent smartphone models. However, if the trend of companies following the lead of Apple continues with the eSIM, it will have very positive outcomes for customers. There are more than a few reasons that the eSIM will make a updating to a new smartphone even more desirable:

eSIM technology will offer its customers numerous benefits, and will probably be included in one of the most sought-after devices on the planet. The last piece of the puzzle is the telecommunications companies supporting eSIM on their networks. Once that happens, eSIM might be the way of the future after all.