The Reach of the eSIM – Embedded SIM – Grows Further 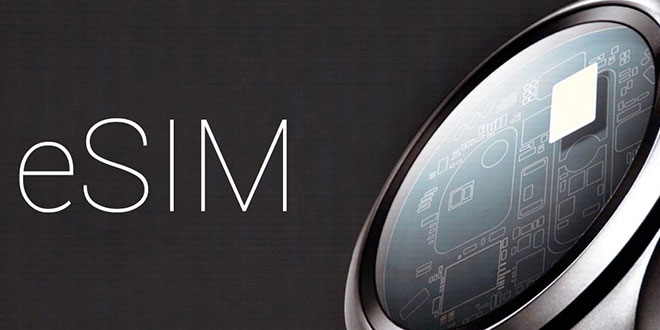 The global mobile technology market can best be described as dynamic and fluid. Innovation seems to be the order of the day with new devices, apps, and other components frequently added to the market. The latest of these, eSIM, is taking the market by storm. It is a versatile technology comprising a rewritable, embedded SIM card which is compatible with all major carriers irrespective of the type of network. Its use also extends to other industries such as automotive and consumer electronics.

What Is an eSIM and How Does It Work?

eSIM is an acronym for embedded subscriber identification module. It is also referred to as embedded universal integrated circuit card (eUICC). In terms of dimensions, it measures 5mm x 6mm, and it is built into the device’s motherboard at the point of manufacture.

Compared to the conventional, removable SIM cards, the eSIM card is more flexible and allows for greater connectivity. It comes with machine-to-machine(M2M) capabilities which means it can facilitate the exchange of information among networked devices.

The eSIM card also gives customers the freedom to switch to a mobile network operator of their choice in real time through a phone call. This is a huge relief from the traditional SIM cards where to change a network means popping out the card and replacing it with your preferred carrier.

The dominant market share in 2016 was accounted for by the European market followed by the North American market. Favourable government policies that push for the uptake of data exchange and automation technologies in Europe have been cited as the reasons behind the market dominance.

The Key Drivers of the Global eSIM Market

The industry growth rate is fast and steady, fueled by several factors. Some of the key market drivers include:

The Wide Array of eSIM Applications

The initial application of the eSIM card technology is in smartphones. Samsung and Apple are expected to be the early adopters in integrating this technology into their high-end devices. As a matter of fact, there are speculations that Apple will build an eSIM card into their next iPhone X scheduled for 2018.

The application of eSIM technology will undoubtedly have a positive impact on the Internet of Things (IoT). Many of the devices in the IoT ecosystem such as smart appliances, wearable gadgets, and data sensors rely heavily on cellular connectivity. This is where the eSIM will find its utility.

The automotive industry is one of the other beneficiaries of this technology together with consumer electronics.  Already, eSIM technology is being used for functions such as weather information and infotainment in the automotive industry. Arguably, the widest usage of the technology is in connected cars where an array of applications such as engine management, remote vehicle monitoring, automated emergency calling in case of accidents, and many other functionalities have already been rolled out.

Considering the pace of growth and adoption rates of the eSIM technology, the upward trend will most likely be sustained into the foreseeable future. More device manufacturers will venture into this space and carriers will start aligning themselves and making their networks compatible. The traditional SIM setups will continue being in operation for the next little while, but eventually eSIMs will take over!