The Future of the eSIM in Apple Products 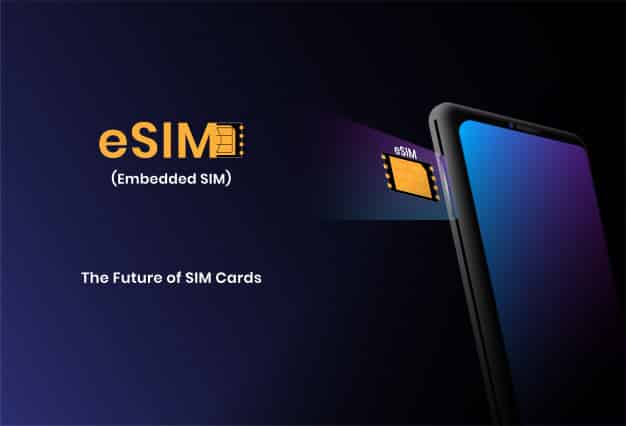 Apple has earned a reputation as one of the most innovative companies on the planet. And, while they don’t always design the most compatible devices, the company has been one of the first big names to adopt eSIM technology.

Since Optus announced eSIM support, there’s been a lot of buzz around the new feature. This article will focus on the definition of eSIMs, the benefits they bring and discuss the future of this technology in Apple products.

As the name suggests, an eSIM is an electronic SIM card that allows you to have two phone lines on the same device. This is different from Dual SIM technology because it doesn’t rely on a physical slot.

Instead, the device features an internal piece that’s smaller than the nail on your pinky finger. This piece allows your device to be registered on a mobile network with the need for an actual SIM card but offers the same functionality.

Benefits of Switching to eSIM Technology

While eSIM technology is only available for certain devices, it’s important to understand the benefits that it brings. There are many scenarios where a conventional SIM card may become inefficient, for instance, when travelling, looking for a new carrier, and during the manufacturing process.

The Future of the eSIM in Apple Products

Despite the fact that Apple products usually feature proprietary technology, new devices support eSIM technology because it brings a variety of advantages. Most Australian carriers are still working on supporting this new technology, but it’s safe to assume that the future of mobile networking will definitely include eSIMs.

While eSIM support is an awesome feature, there are many different elements that should help you identify the best mobile plan. The tips below should help you understand this new technology and decide whether you want a telco that has this functionality or if you’d rather focus on other details.

Want to find the best mobile carrier? Check out our reviews and make the right choice today.