How Apple Are Mixing It Up With The eSIM 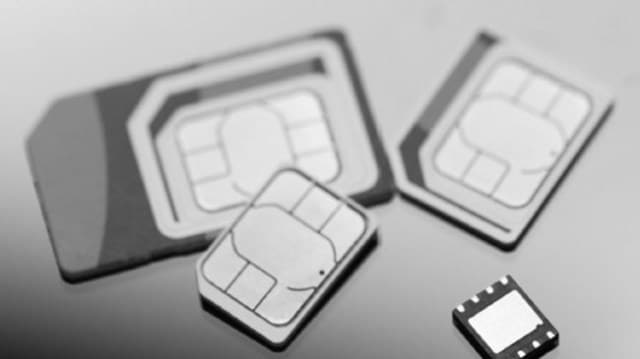 Apple are set to change the way we use SIM cards with their new concept for eSIM technology. In December, the U.S Patent and Trademark Office published 48 recently granted patents for Apple Inc. One of the most potentially ground-breaking patents granted was entitled “Framework to Provision an eSIM and make it Multi-SIM capable using Primary Account Information”.

In present-day devices, multiple SIM capability means that users can have two physical SIM cards in a single user device. Being able to switch between SIMs on the same phone makes it possible to access the best qualities of different carrier plans. It is also ideal for business owners, who want to use a single phone but have separate personal and business numbers that are accessed by the same primary handset.

However, Apple’s new patents are going to leave traditional multi-SIM technology in the dust. Future devices will include an eSIM that is pre-downloaded on selected Apple devices. As well as eventually replacing a physical SIM card, this advance will also eliminate the need to buy a separate SIM card for secondary accounts and secondary devices like iPads and Apple smartwatches.

Currently, network subscribers are allocated subscriber identity information that allows their telecommunication carrier to recognise them within the system. This identifying information is encoded in the SIM (Subscriber Identity Module), and then used with the equipment of their choice. The SIM and the user’s device are usually bought separately, which can create complications as you need to register each one separately but then use them together.

Under the present system, if a user wants to change the telecommunication company that provides wireless communication to their device they have a series of steps to follow. These might include:

At each stage there is the potential for complications and extra charges. It often proves so frustrating that people choose not to switch carriers without extreme motivation. Many people are paying more than they need to for a lower quality carrier, simply because they feel that it’s too much effort to make the change. Telecommunication companies who provide SIM cards are also subject to extra expenses, as they are required to produce, send and track each SIM card.

How will the eSIM Work?

The eSIM will function in the place of a physical SIM card. It comes with the supporting hardware pre-installed in the user’s device. eSIMs will make selecting a wireless communication provider easier, because each company will use the same eSIM technology. Users will be able to choose short term plans that are easily comparable, making it much easier to switch carriers and creating a more competitive market.

The user’s personal data stored on their SIM can be encrypted, and sent to their device in the encrypted form. The device would then be able to decrypt the information using the carrier key provided to the device. That personalised information could then be installed on the eSIM. The eSIM could take many forms; an embedded smart card, a removable smart card, or stored in device memory and accessed by a device processor.

The Advantages of eSIM technology.

The Future of eSIMs

Eventually, it will mean that telecommunications companies will have to negotiate with major phone manufacturers like Apple to be allowed to provide their service through the preinstalled eSIMs. At the moment, users can only access a small number of carriers that have been preapproved to provide their service through Apple’s eSIM enabled devices. With a huge market of devoted Apple fans available to telecommunications companies, the production of the Apple eSIM means the future is likely to feature much more competitive plans that are easier to compare and change.