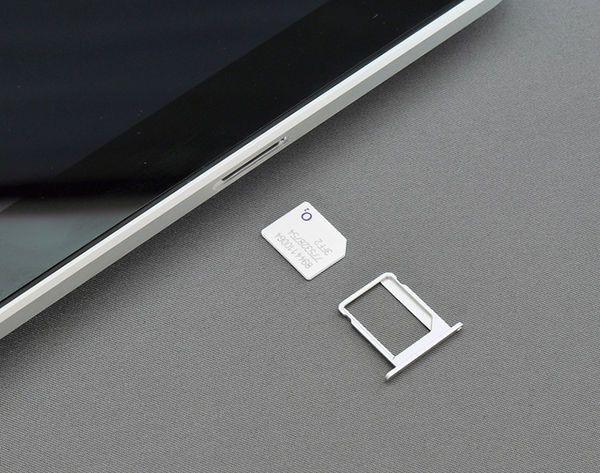 eSIM technology isn’t just to do with smart phones and mobile network provisioning anymore. Soon, we will see eSIMs incorporated into laptops, according to news released from Computex 2017 (the Taipei International Information Technology Show.) The Computex expo takes place each year in Taiwan. Over the last decade it has become the biggest technology and computer trade show in the world. Announcements there are a serious, costly and headline grabbing events. And this year, Microsoft used the forum to outline its plans for the “Always Connected PC.”

eSIMs are embedded or electronic SIMs. If you haven’t heard of an eSIM, it’s a piece of technology which is going to have an impact on all of our lives. eSIMs will evolve the way we use smartphones, devices connected to the Internet Of Things and now, thanks to Microsoft’s support, the ways use our laptops.

Embedded SIMs can’t be removed (from phones, laptops – or anything they’re built in to.) They are already, almost universally compatible with network carriers around the world. This makes it easier for laptop owners to sign up to a phone company and to start using data on their laptop or phone, wherever they land throughout the world.

Microsoft appear to be backing the eSIM so they can restore some of the PC sales which have been lost to tablets in recent years. They want PCs to make a comeback and the eSIM is set to give their customers the assurance that PCs housing the new technology will will be constantly connected connected to the internet, wherever they are.

Together with the laptop hardware provided by the world’s famous laptop companies, the eSIM will create the “Always Connected PC”. This is clearly an important strategic direction for the company. Microsoft had lined up an impressive amount of support for the concept across the industry and presented it at Computex.

Travelling around the country with a laptop has never been more commonplace. We all have them. There are a growing number of WiFi hotspots which can service some mobile data needs.

However, when you’re away from home, unless you choose to use expensive global roaming data, users always have to be on the lookout at your next overseas airport for a data pack which suits either their phone (if they intend to tether the laptop) or dongle. That’s not an easy situation to deal with.

Even if a user’s phone is unlocked, using it overseas means the device still has to be capable of matching the frequency of local networks. Thats a level of technical understanding which goes beyond most peoples’ interest.

It’s it’s often cheaper to choose your phone provider once you arrive at the overseas airport. Even buying one of their cheaper android phones for the duration of your stay . There is always some way of getting connected where and when you want. Often the decision and willingness to accept such large international roaming charges depends on who’s paying, meaning whether your trip is for business or pleasure.

The telcos are ready to sell eSIM plans for laptops.

At its keynote address at the event, Microsoft revealed that a number of telcos are picking up the other end of the eSIM line. The famous telco list goes on for some time and includes : The likes of Vodafone, AT&T, 3, BT/EE, DTAG, Oberthur, T Mobile, Vodafone, Orange, Tele2, Swisscom, Gemalto, KIDDI, Gigsky, and Transatel.

That’s a long list indeed but it’s not exhaustive. Microsoft are obviously setting up new agreements all the time. It keeps growing.

Laptop partners given the go-ahead for e-SIMS

The laptop manufacturers that Microsoft now have in tow include HP, ASUS, Lenovo, Xiaomi, Huawei and VAIO. These OEMs (Original equipment manufacturers) can construct devices, eliminating the SIM slot from them, safe in the knowledge that everyone else in the ecosystem will be there to support them.

The intent with thes partners is obviously to make the experience of connecting to the internet through a cellular provider easier than it’s been in the past. 10 years ago, there were laptops sold with SIMs inside. Unfortunately, they were extremely difficult to use. At the time, they needed a piece of third party software, usually provided by the telco, to broker the connection between the laptop and the network. To this day, in many cases, people still use external dongles. The eSIM should improve the technology approach to these problems and, for the user, who doesn’t care about technology or connection issues, make it much easier to get online and start work.

From the manufacturer’s point of view, as well as selling more business laptops instead of tablets, eliminating SIM slots will save space and cost in the hardware they produce.

Microsoft also announced that they intend to use the eSIM in hardware they’re working on for the near and middle term future including VR headsets and eSIM-enabled speakers.

Lenovo are making the biggest investments in the eSIM

In addition to the “Connect e-SIM” feature, Lenovo has also announced its new Miix 320 laptop. This is expected to include the same e-SIM capability.

The Miix 320 is a multi-purpose laptops with a detachable keyboard which operates on Windows 10 either using the keyboard, or detaching it and using the device as a tablet. It has a 10.1-inch display unit which uses Windows Continuum tech. enabling it to operate either in laptop mode or tablet. It will also have a battery life of at least 10 hours at a time and is being marketed to travellers or others who are constantly on the move. The price tag on this e-SIM compatibility unit is expected to be around $US 423.

Two other releases from Lenovo announced at the MWC (Mobile World Congress) are the:

These machines are becoming lighter and thinner than anything ever seen before, something the eSIM can contribute to. The e-SIM Lenovo Connect technology will be included with the Miix 320 detachable when it’s soon released while the Yoga models will see the technology surface later this year.

What devices can use the Lenovo Connect e-SIM?

It will be possible for laptop users to share any plan with other connected devices, providing they have been enabled to accept the Lenovo Connect e-SIM.

The Lenovo Group’s vice- president Wang Shuai, who is also the general manager for Lenovo Connect, showcased the new featured laptops.  Because there is no physical SIM card present, in these Lenovo devices, the e-SIM is be rewritable. That means the network provider can be changed as required by the user.

Shuai has revealed that users will be able to use their devices across networks, across regions, across devices, across-accounts, and also across-industries. Before the e-SIM could be finally developed and utilised, Lenovo had to wait for GSMA to come up with its standards. This took place last year which gave Lenovo the green light to both develop and market its product. Shuai is referring the development as a ‘global one stop service’.

Chip providers and the eSIM

Microsoft’s tendrils of influence reach across the entire industry. That includes chip manufacturers, as well as laptop and phone companies.

What does the eSIM mean for the laptop industry

This eSIM investment is a significant strategy for Microsoft. The company is positioning the “Always Connected PC” (an eSIM enabled laptop) as a new type of PC, similar to ‘Ultrabook’. “Always Connected PCs” have been designed to be connected by eSIM technology and, perhaps surprisingly, it is appearing in devices before it appears in smartphones.

Intel and ASUS have already unveiled an example of a real, commercial “Always connected PC”, named Kukuna. Lenovo is opening more doors for the traveller or for the person who likes to just sign up to the best deals from a network provider at a given point in time. It is soon to roll-out at least on its higher priced laptops a SIMless version which eliminates the need to purchase a SIM card. The others will no doubt follow suit, soon. Lenovo is trying to match the gap in the market and is calling its new addition the Connect e-SIM feature. This will allow a seamless connection to local networks when the owner goes overseas.

From the user’s perspective, the advantages are clear. There will be no need to visit a phone company store, buy a ‘dingle’ or order a SIM online and wait a couple of days to get it delivered – before they can get online with their laptop. The eSIM will allow them to connect to a data plan which suits their internet access needs, network preference and price range from settings, in Windows.

In parallel, new smart data plans from most of the major phone networks around the globe are also becoming available.  A new range of plans from Truphone, for example lets business travellers buy a single SIM (eSIM) plan and use it in up to 50 countries around the world for data – with no roaming fees. That’s perfect for the business laptop user.

Things will happen quickly from here. Later this year,  a number of PC manufacturers will be shipping Snapdragon 835 and Intel x86 based PCs that will include non-removable eSIMs. And, from that point, our laptops will be connected 24/7.

Truphone are a world leader in the provision of data plans without roaming elements, focussed on business travellers : https://www.truphone.com/au/