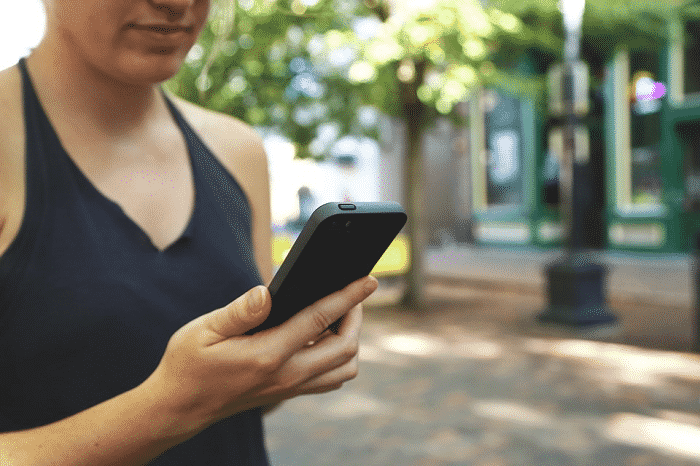 Would the “used phones on plan” model work?

Smartphone ownership continues to increase in Australia, with 88 percent owning at least one mobile device in 2017. Nearly 95 percent of Australians aged 18-34 own a smartphone. The biggest growth comes from users aged 55-75 years.

However, only a small percentage of Australians would consider buying a second hand phone, even if it costs half of the new phone’s price. This could be because many Australians think their phones as accessories that reflect their personalities in some way, and/or because Australians are more affluent, in general, than consumers in other parts of the world. 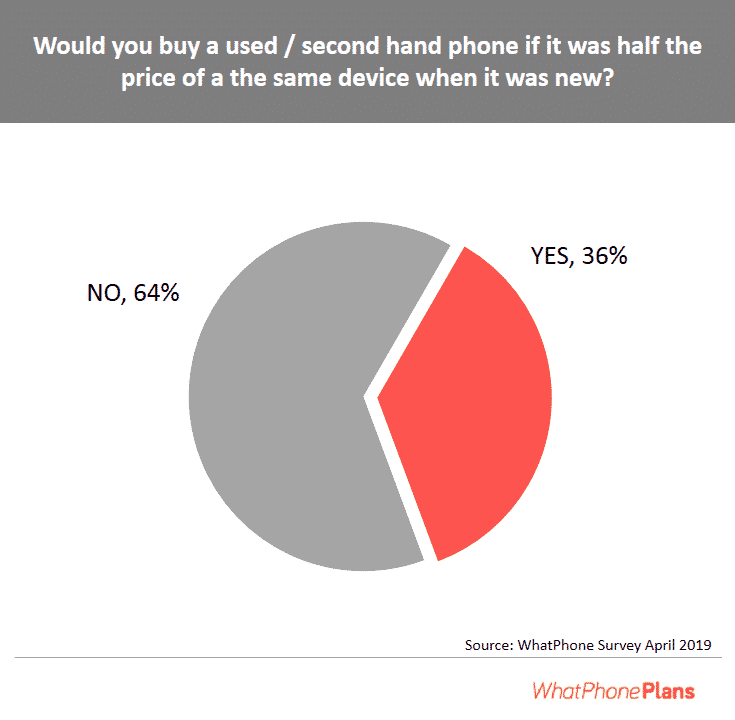 Only 30 percent of Australians would consider purchasing a used phone. Source: Whatphone

Australians choose to either pass on old phones to their friends or family or keep them as a spare, then go ahead and purchase new handsets. Several fears influence their decision to purchase new phones, including the uncertainty of how long the phone will last and warranty issues. 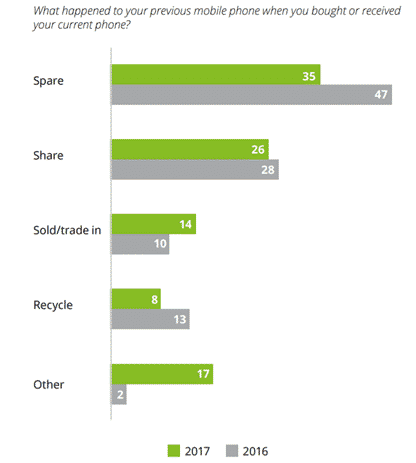 What Australians do with old mobile phones? Source

However, a 2017 study shows a sizable increase in consumers that either trade-in or sell a used phone. Also, Australians are holding on to their smartphones longer these days, which may suggest openness to purchasing or owning older model devices.

There’s a great deal of value in second-hand devices if purchased from the right source. If fears of purchasing a defective device can be eliminated along with warranty issues, perhaps that small percentage of Australians willing to purchase used phones might increase. NU Mobile is banking on this possibility as it unveiled its “second-hand phone with postpaid plan” scheme.

NU Mobile will offer customers used Samsung Galaxies and iPhones at as low as $10 per month. Customers can purchase the phones outright as well. The tricky part of their scheme, however, is that they are an MVNO — they also sell airtime, and mandate that a postpaid plan be tied to your second hand phone installment payments.

This indirectly competes with MNOs (Mobile Network Operators), even while competing with fellow MVNOs (Mobile Virtual Network Operators). Phone lease offers mostly come from major telcos that tie users into long-term contracts of 2 or 3 years. The fact that NU Mobile is adopting this strategy with used phones, and doing so as an MVNO, is something to watch especially at a time when telcos are running away from phone lease plans.

Macquarie Group is the Nu Mobile’s parent company. The company leased phones to telcos who in turn leased them to customers. At the end of the lease, those phones mad their way back to Macquarie, resulting in a pile of over a million second-hand phones available to the company.

The idea of NU Mobile will make a profit on those used phones, rather leave them lying dormant or destroying them. Nu Mobile will bundle a SIM with a used smartphone that Macquarie Group previously leased to those other companies. These devices will come with a 12-month warranty. An innovative feature will allow customers to either return their mobile phone or exchange it for another one at any time.

As of now, Nu Mobile is the first online retailer, using the “used phone on plan” model. The model has proven successful in the USA where telcos, including AT&T and Verizon, follow it. But Australia is different, as stated. Here, consumers are wary of second hand phones, and this is true amongst both genders. 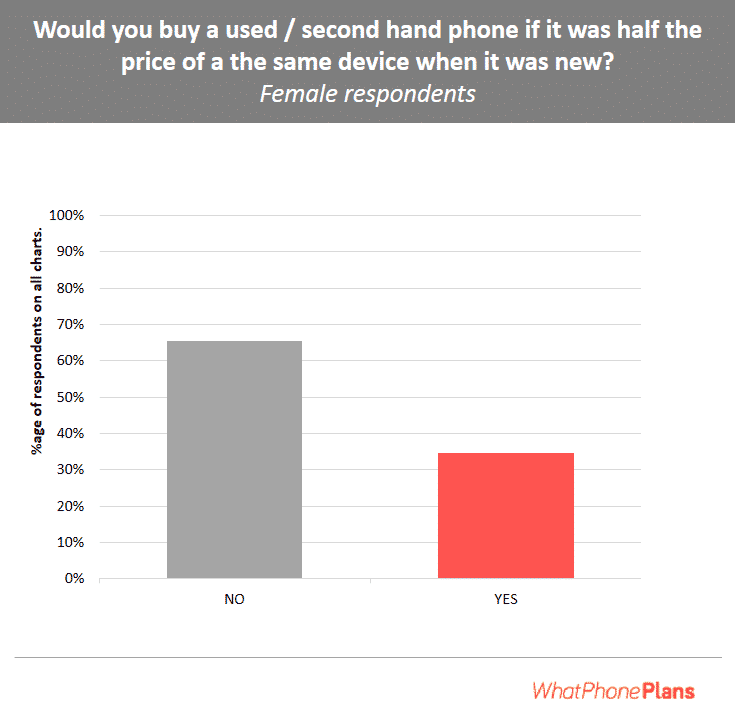 Less than 35 percent of Australian females would consider a used phone. 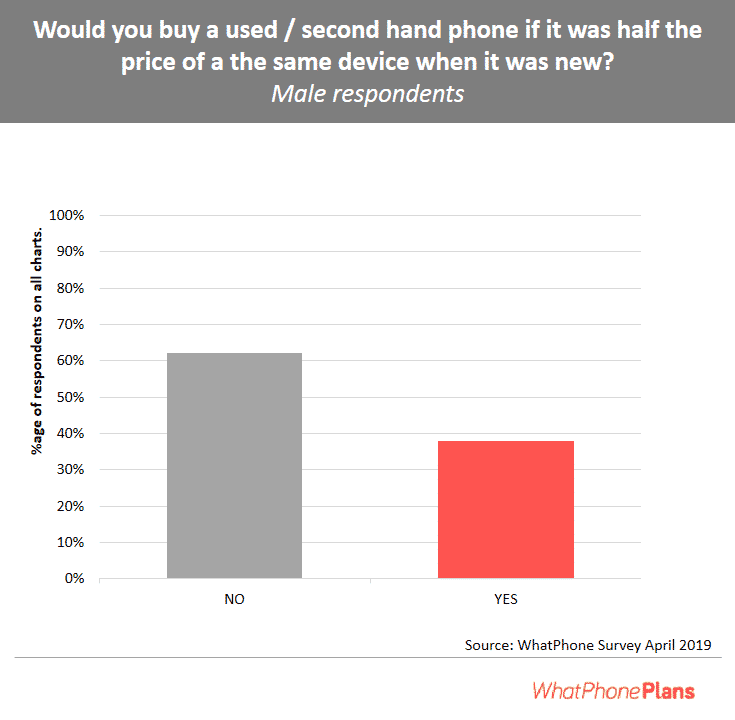 Less than 40 percent of Australian males would consider a used phone.

Despite these facts about Australians, there is value in second hand devices. Where a used device is fully functional and works as well as a new one, the significant reduction in price creates obvious value. If a used phone costs half the price of a brand new phone, and comes with a warranty as well, it’s hard to imagine why it would be a hard sell to any consumer, Australians included.

Australia’s two leading carriers, Telstra and Optus, used to offer mobile phones on lease plans. The terms of lease were cheaper than the purchase plans (not by much, however), but it required customers to return the phone in “a good working condition” after 24 or 36 months.

For example, Telstra offered a 50 gigabit/month plan coupled together with an iPhone XR for lease at $109/month. The same plan cost $10 more a month when the phone was purchased outright. This meant customers who leased a phone saved only $240 over two years. Optus offered similar savings to its customers through its lease plans.

However, the leasing scheme grew unpopular amongst consumers and others who actually understood its terms. The leasing model for a two-year-old iPhone is worth more than $240. The price of a refurbished three-year-old iPhone 7 on Ebay is about $450, which is nearly double the savings.

As a result of its growing unpopularity, the leasing scheme has been dropped by both Telstra and Optus. This makes this rather curious for NU Mobile, who is now entering the market on a leasing scheme, and doing so with second hand devices. This is even more curious when you consider the fact that phone leasing was most beneficial to early adopters who took advantage of leasing in an effort to stay current with the latest, newly released phones.

As stated, there is ample value in used devices, as the numbers clearly show. However, the unpopularity of leasing plans might be what reduces the value of NU Mobile’s used phone scheme.

Most Australians would not consider buying a second hand phone. This is a fact that’s quite hard to explain, because second hand phones purchases are certainly value purchases. Where a used phone is fully functional and works as well as a brand new one, its significantly reduced price should be a boon to consumers. Add to this a warranty, and the value should be a no-brainer.

However, this just isn’t the case for today’s Australians. Perhaps NU Mobile might spark a change, but only time will tell.