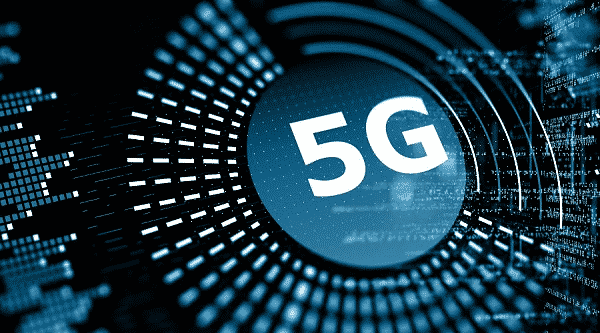 Mankind moves forward in leaps and bounds. All of the massive moments in history have been powered by a new wave of innovation – the invention of the combustion engine, building factories, space exploration and so many more were only made possible by massive technological leaps at the time.

We are now at the very beginning of the fourth industrial revolution. This exciting and historical change is currently unfolding, and will quickly change society just as much as industrial machines did in the 18th century. Australia needs to keep its finger on the pulse of new developments, and create a climate where innovation can go ahead and keep our country at the forefront of the latest revolution.

The 4th Revolution is Coming

Called Industry 4.0, the fourth revolution has been described by the World Economic Forum as focusing on “cyber-physical systems” – the merging of the capabilities of both humans and machines. It will usher in the Internet of Things, bringing a ‘smart’ world where untold numbers of everyday devices are connected and able to adapt.

Each revolution has relied on a different type of energy – steam, electricity, and nuclear energy, for example. The fourth industrial revolution isn’t powered by a physical energy, so to speak. It will be powered by digitisation and artificial intelligence, and will be fuelled by online networks.

The first stages of Industry 4.0 have already been put in place with the rollout of 5G, and the advance of AI systems and m2m (machine to machine) communication. Our ‘smart’ devices already feature many different AI applications that work in the background to improve our user experience. Prototypes of futuristic technology like driverless cars have been developed and even released, although we’re a little while away from full use.

One of the factors inhibiting development is the speed, reliability and latency of current 4G networks. While worlds ahead of 3G, 4G has a latency (the time it takes between sending or requesting data and when that message is received) of around 30 milliseconds, for example. That’s fast enough to use our smartphones, but not nearly fast enough to power AI to make split-second decisions in real-time.

5G promises to be hundreds of times faster than 4G, with a latency as low as 1 millisecond which is undetectable to humans, meaning as soon as a data request is sent, the data arrives immediately – no loading time and no lag. 5G can also support many times the number of devices, facilitating the development of smart devices that use the network to talk to each other.

AI developments are taking aspects of everyday life and making them ‘smart’ – your photos are automatically improved, your documents can be checked for plagiarism, your emails are categorised, your social media timelines are curated for you, your ride-sharing apps like Uber and Lyft give you the best deal. That’s just the early stages. Any task that requires processing large amounts of data will be able to use AI to become smarter and more efficient, with fewer errors.

Australia is a developed nation with a passion for innovation, so it makes sense that we as a country will be among the early developers of Industry 4.0. It’s vital that any region wanting to have a say on the path the developments will take keep up with the latest advances and create an environment to support their use.

There are some issues that could inhibit Australia from reaching its full potential in the current wave of industry. To keep ahead of the game, Australia should make sure it avoids:

Some restriction and caution is necessary for a safe future. It’s especially understandable given 5G’s potential security flaws, but having to overcome immense legal and procedural roadblocks is undermining the speed that new technology can be developed.

Australia has recently banned the use of Huawei products for future projects, after concerns about potential inbuilt security flaws. There could be some merit to these concerns, but the increased cost of using other companies has already caused a delayed 5G rollout and even shut down TPG’s plans to become Australia’s fourth network, which could have improved competition in the telecommunications market.

If Australian technology is going to be rolled out, it’s not enough to just ban manufacturers. Those in power should be working to make sure that there are affordable, quality options for those who are in the process of supplying the technology to support Industry 4.0.

Mobile networks are now a nationally necessary utility that society requires to function. 5G internet is the new ‘electricity’ in terms of its ability to power the applications we need to launch our country into the future.

On a national level, anti-immigration rhetoric can have a negative follow-on effect when it comes to attracting outside talent. The solution is not to open the borders wide without any checks, but it is important that Australia is a place that outsiders feel welcome, otherwise they’re likely to choose other locations.

The harsh “fit in or get out” sentiment creates a negative image that could make Australia less appealing to industry leaders who are looking for a place to call home. Absolute priority should be given to home-grown talent, but providing a place where we can get the full benefits of globalisation is an important quality that Australia should be careful to encourage.

Lag between innovation and deployment.

Checks and security measures are part of what makes our country great. Australia works hard to ensure that products and services released to the public are safe and effective. However, cutting through expensive and endless red tape can delay innovation and discourage development.

Regulatory bodies need to prioritise fast-tracking innovation and development, by including and listening to the opinions of industry experts. The security measures are good and necessary, but massive delays between the idea and its implementation puts Australia behind other less scrupulous countries that can initiate deployment much quicker.

The combination of AI and 5G will power the next wave of industry – in fact, it has already begun. The reliance on machines in newer and more powerful ways is a confronting reality for many people. However, the same could be said for each preceding industrial revolution. Every new stage has had its issues, and there have been concerns at every new step up for industry.

Australia needs to be at the head of the newest revolution, not only to keep up with developments but also to use their voice to ensure that the developments happen with emphasis on safety, security and fair use. Just as we have seen in the past, countries that get on that first wave of industrial development are setting themselves up for future success. It might be confronting to witness a massive change in the way we live, but just like past generations the best option is to ride the wave and get on the forefront of development so we can help guide where the latest industrial revolution will take us.