According to an Essential Research survey, 12 percent of Australians believe 5G spreads the coronavirus. Yes, you read right. That many people actually blame the ongoing COVID-19 pandemic on 5G, a mobile technology that’s really no different from 4G, except that it’s much better.

So what’s their reasoning behind this? Well, there really isn’t any. It’s really just another example of how powerful social media is, and how enticing conspiracy theories can be. In this case, the conspiracy theory has spread beyond social media and into the real world in the form of 5G mobile towers being destroyed and set ablaze here in Australia.

If you’re reading this, perhaps you’re just as perplexed as we are. After all, over 85 percent of us still have our critical thinking abilities in tact. But 12 percent is a troubling figure, even though it represents the vast minority of our population, especially when it results in physically hindering the advancement of technology that’s clearly better than previous generations, and clearly harmless.

What’s even more troubling is that we’re not alone. The belief that 5G causes and spreads the coronavirus has crossed borders and oceans – it is global.

In this article, we’ll try to shed some light on what 5G actually is, and hopefully – just hopefully – we can help restore some sanity into the minds of some of the Australians who fall into that baffling 12 percent.

By now, we probably all know what 5G is, but defining it again might help set the right perspective. First, 5G is just another mobile network technology. Like 4G, 3G, 2G, and 1G, this fifth generation wireless network technology simply connects you to the internet.

But there’s a noteworthy difference – 5G is even better than those previous wireless internet generations. It is up to a 100 times faster than 4G, has a lot more bandwidth, and a lot less latency. All this says is that you’ll have a much better experience with 5G, doing the exact same things you’re doing right now with 4G.

Telstra put it best in a recent social media response that captured the silliness behind 5G conspiracies. There, the telco giant fabricated a Twitter exchange between itself and a man named James A.

“Take down 5G towers there weapons that cause covid!!”, James A. said in a post. Telstra replied, “Hi James, The 5G towers will help download your conspiracy videos faster.”

Simply put, 5G is just a network technology that makes your internet activity move a lot faster than it currently does – even when that activity involves stupidity. The coronavirus, on the other hand, is a VIRUS – it spreads through bodily fluids.

How on earth can a mobile network spread a virus that spreads through bodily fluids? That’s the tough question that conspiracy theorists, to date, can not and do not answer. But that’s the beauty (or ugliness) about conspiracy theories – they’re mostly just conclusions without explanations.

So what’s the root cause behind the 5G/COVID-19 conspiracy theory?

We can only guess what the real driving force behind the 5G/COVID-19 conspiracy theory is, because it’s pretty difficult to pinpoint where and how such conspiracy theories start in the first place.

From the beginning, 5G has always been controversial. Even before its launch here in Australia last year, some believed it might pose health risks. However, those concerns were based on radiation – some averred that it could cause cancerous growth because of how close the antennas would have to be to residential properties.

Several studies have since debunked that fear, and 5G has been rolling out globally for a year and half now. Perhaps that previous unsuccessful anti-5G movement has morphed into the more irrational conspiracy theory that this mobile technology somehow cause a flu-like virus.

The dangers of giving credence to conspiracy theories

A local council in northern New South Wales tried to stop Telstra from installing 5G upgrades there. They listened to their residents who protested 5G as dangerous to health. Apparently, the council actually said it had “never seen so much electromagnetic activity” and claimed it hadn’t received assurances that the technology was harmless.

By the way, Telstra went ahead and installed the upgrades anyway.

There have also been more dangerous incidents, like when two 5G towers were set on fire in Auckland a couple of months ago. Similar occurrences have become the norm in the United Kingdom, and we must do everything possible to avoid it becoming the norm here in Australia.

The point is just how far conspiracy theories can spread, and how dangerous they can get once they leave social media and make it into the real world. Thankfully, while such ridiculous local councils participate in juvenile fear mongering, the real public safety advocates give a more rational take – Australia’s Parliament has released a report debunking the 5G-coronavirus claims.

Just a few absurdities about the 5G coronavirus conspiracy theory 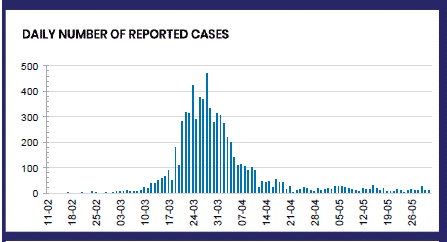 There’s no basis for the irrational claim that 5G causes or spreads the coronavirus. It is a baseless, dangerous joke that isn’t even worth being described as a conspiracy theory. Unfortunately, 12 percent of Australians believe this mobile technology somehow spreads a virus that is transmitted through bodily fluids.

That is simply baffling – the last time we checked, wireless networks don’t have bodily fluids.

But then again, there are even worse beliefs out there. FOr instance, 1 in 8 people believe Bill Gates caused the coronavirus as well. This is perhaps an even more ridiculous, dangerous joke, considering Bill Gates has donated millions of dollars to research vaccines for the virus, and has nothing to do with Wuhan, China, where the virus originated.

But conspiracy theories grow legs fast, despite their ridiculousness. And that’s where they become dangerous. Here’s a fact to put the dangers into perspective – 77 5G towers have been burned in the United Kingdom as a result of the 5G coronavirus conspiracy theory. Hopefully, that won’t be Australia’s 5G fate.