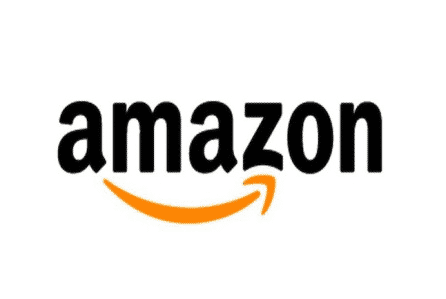 Smartphone ownership is at its peak, technological innovation is slowing down, and the timing is right for a new idea that will get more consumers spending on smartphones again. It looks like Amazon will be the one to offer an alternative to the current marketing push for expensive and unnecessary upgrades.

As the smartphone becomes increasingly important, it stands to reason that almost everyone who wants one already has one. Other than teenagers getting their first phone and slight growth in the senior age group, the market is almost entirely populated by people who already have a device.

That means that smartphone retailers are selling to people who want a new device either because they have broken or misplaced their current smartphone, which is impossible for retailers to predict or control, or because they want to upgrade.

There was a time when the release of a new model by top manufacturers was attended by large groups of people camping overnight to be among the first to own it. This excitement still occurs, but in general the hype is dying down. During the times of fast-paced innovation, each new device was a distinct improvement on its predecessor, offering a significant improvement in hardware, software, or both.

However, the pace of innovation has slowed down considerably. Apple’s latest launch of the iPhone 11 turned out to be a disappointment for many fans – the device cost over $1,000 for little more improvement on the previous model than an increased battery capacity. There is also an increase in environmental consciousness among consumers that is increasing their motivation to not simply discard an item for the ‘latest and greatest’. The market for affordable Android phones is growing.

For most people, holding onto their device for longer is becoming a more attractive option, especially as the newest release is unlikely to be that much different to their current device anyway.

Amazon have created a solution that connects businesses who sell high-quality refurbished phones with people who are happy to buy a discounted smartphone. Big businesses have been selling out-dated smartphones and other electronics to smaller businesses that refurbish these devices and sell them online.

Amazon Renewed launched in Australia this week, and offers a place for consumers to purchase devices from major brands at a 30 – 60% discount. Customers can purchase phones from brands such as Apple and Samsung, laptops from Lenovo, HP and Dell, and a huge range of other makers.

These devices have been checked against the stolen device register, and are unlocked, tested, cleaned and cleared of data, and then repackaged. In Australia, Amazon Renewed is offering a six-month warranty, which is a distinct improvement over the 90 days offered in the American version.

While there are many advantages to purchasing a second-hand or refurbished device, customers can still be reluctant. The terms can be confusing, and many people are concerned about spending a significant amount of money for a product that isn’t new and has an unknown history. Despite more than 88% of Australians owning a smartphone, only around 30% say they would consider buying one that wasn’t new.

While buying a second-hand phone from a private seller definitely has its risks, refurbished phones are usually very safe options. Most often, the phone has been returned for a simple reason. It can’t be sold as new, so it is fixed to factory standard and resold, most often with a warranty.

Many current retailers of refurbished devices have been selling on websites like eBay, Gumtree and Kogan, and offer their own warranties. With a dedicated space to sell their stock, these businesses will be able to attract new customers, with the extended warranty from Amazon giving the buyers an increased feeling of security.

When the confidence of buying from a retailer endorsed by a major company like Amazon meets a demand in the market for lower-priced phones that are a more environmentally-conscious choice, it’s not hard to predict its potential popularity with Australian consumers.

There will always be those who are happy to pay top dollar for the latest device, but their numbers are dwindling. As a response, an increase in the number of affordable android devices has increased to meet the demand. The refurbished phone market is another option for consumers who want to avoid paying inflated prices, but still get their hands on a quality smartphone that still has almost all the bells and whistles.

There is a current trend in the smartphone market of focusing on improvements to existing ideas. Amazon has done the same by offering a dedicated space for retailers of refurbished goods – only this time, it will work in the customer’s favour.