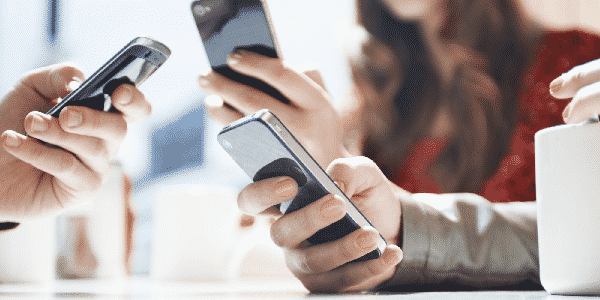 According to an OECD report, mobile broadband providers are increasingly offering higher broadband capacity, making it even more popular in Australia.

Ookla gathered data from around 436,174 mobile speed tests conducted by 3.6 million Australians and 16.3 million fixed-line broadband speed tests in 2017. The company collected this data to measure the country’s broadband performance on a global and domestic scale.

The company concluded that Australia’s mobile broadband performs better than fixed-line internet. Mobile broadband clocks up average download speeds of 44.2Mbps, an increase of up to 21.2% from the same period in 2016. On the other hand, fixed-line broadband has an average of 24.1Mbps for downloads and 14.32Mbps for upload speeds.

The growing popularity of mobile broadband

The Australian Competition and Consumer Commission (ACCC) reports that mobile handsets are Australia’s most widely used service in operation (SIO). According to the report, there were approximately 39.9 million retail SIOs as of December 2018. This was comprised of 24.3 million mobile handsets and 8.4 million wireless broadband connections. Australia’s current population is around 25.4 million.

While mobile internet has generally been more portable and convenient, fixed line internet services were much faster and more efficient, making them the clear choice for someone wanting to connect to the internet. These days however, the tide is shifting in favour of a mobile connection.

Speed is a critical factor. As of November 2018, the speed of Australia’s 4G and mobile broadband speeds are climbing steadily upwards. Portability is another key factor. You can take your Wi-Fi hotspot, phone, mi-fi, or dongle anywhere with you while traveling moving home, or going to local cafe. However, you can use fixed-broadband only at your home or office. It’s even possible to provide in-car Wi-Fi to passengers travelling in the same vehicle, by plugging a mobile device into the 12V adapter of your car to provide internet access to everyone inside the car.

Modern mobile internet provides great broadband with higher download speeds and a reliable internet connection in areas where a fixed line is inaccessible or doesn’t offer required connectivity, especially in rural areas. In addition, to access mobile broadband you don’t need a line rental – just a SIM and a compatible mobile device.

The most beneficial part of mobile broadband is that these plans are highly flexible. Some network operators in Australia provide monthly contracts or pay-as-you-go deals. However, if you are using fixed line broadband, you generally need to sign at least a 12-month contract with your telco. It’s much harder to find a pay-as-you-go deal with fixed-line connections.

When choosing your network service providers, consider a number of factors such as tariffs, coverage, allowances, and extras.

Tariffs vary widely, and it’s advisable to spend time doing research to determine which tariff is suitable according to your browsing habits. Consider things like data allowance, how each telco allows you to monitor your internet data usage and minimum contract length.  It is essential to check network coverage in your region. While 4G is often preferable, it is still not available in several areas in Australia.

Some telecommunication companies offer extras such as access to special tickets and competitions for their users and priority access to content. Mobile broadband can even be used overseas, but it’s important verify if international usage is allowed on your mobile broadband plan. It can also be prohibitively expensive.

Australia’s fast mobile broadband will get faster with all three top carriers, Telstra, Optus, and Vodafone, working to improve their networks. Telstra appears to have the fastest speed score for Australia during both peak and off-peak, in eight of the 12 cities analysed. Vodafone showed to be the best in four cities. Optus may soon leverage their 3.5 GHz spectrum for 5G to increase their speeds considerably.

While fixed line services have traditionally been the go-to option for users who then utilised a mobile connection as a “back up”, the roles are beginning to switch between the two. As data allowances increase and the cost of mobile plans goes down, mobile is becoming an increasingly attractive option for many Australians looking to connect away from home.