Figuring out the Fact from the Hype – Telstra’s 5G Talk 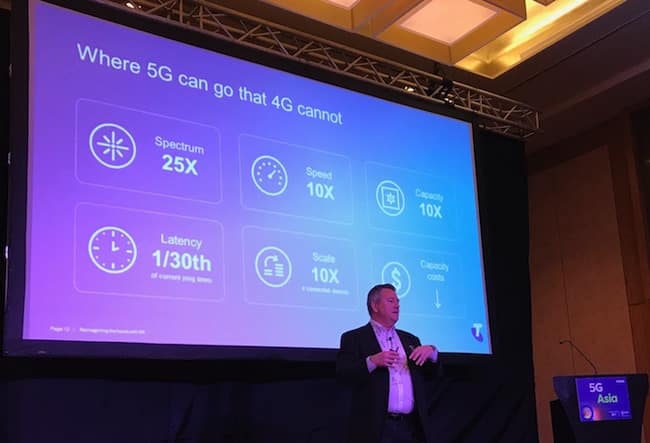 There’s lots of buzz around Telstra’s proposed rollout of 5G. If the promises of ultra-high speed, virtually no buffering, super low latency mobile data are realised, it could literally change the world as we know it through the technological innovations that it could support.

Telstra, Australia’s fastest and largest mobile network, wants to deliver the next-generation 5G network to Australians by 2019. 5G technology will deliver exponentially faster networking speeds and lower latency as compared to 4G technology. It will reduce traffic across mobile networks and enable the telcos to serve a large number of devices in a single area. The company is promising speeds of three to four times 4G speeds, with downloads of up to 3GBs per second and uploads of 300 MBs per second.

Telstra entered the 5G race in 2016, with its first ever 5G trial in Melbourne. At the same time, the telco underpinned the technology rollout with an investment of AU$5 billion over the next three years. However, Optus’ head, Andrew Sheridan, claims that Telstra may struggle to gain sufficient 5G spectrum, making customers wait longer.

What Does Optus Say?

According to Sheridan, there are not enough spectrum assets and devices – meaning it’s unlikely that Telstra will be able to deliver on their claims. He added that spectrum holdings were the key to deliver 5G services, and only Optus had sufficient spectrum holdings to offer a genuine 5G experience.

Sheridan warns that customers may have to wait until March 2020 to get access to Telstra’s 5G, as telcos can get licenses only from March 2020 onwards. Though there are provisions to get early access to the spectrum through a short-term licence, it’ll still take time before a telco can access it. Sheridan even warns some regional areas may take more than seven years to gain spectrum access.

Until the time draws closer, it’s impossible to say if Telstra can really deliver on their claims – but Telstra obviously think they can, if the promotion of the new network and their efforts to increase public awareness are anything to go by.

On August 15, Telstra revealed that it had switched on its 5G networks in selected areas of the Gold Coast in Queensland. With this initiative, the telco labeled itself as the first company to be 5G ready. Recently, the company has switched on the 5G network in Toowoomba.

Telstra CEO Andrew Penn says that the company plans to make more than 200 5G-enabled websites live in Australia by the end of the year. Penn says that Telstra will continue expanding its 5G coverage to more capital cities, regional centres and other high demand areas.