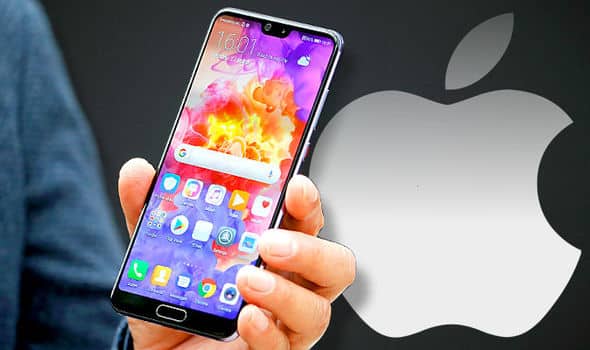 Huawei has established itself in a pole position that sets them on a seemingly-unending, successful roll these days. That is, no doubt, great news for the management of a company that has just turned profitable in recent years.

Analytics released this week show that Huawei has been able to ship out the most Android devices in the last quarter. They are now only behind Samsung – the obvious giant in this market.

The most interesting piece of data is that even though Huawei got second place in the Android scene rollout, the Asian OEM was still able to supplant Apple as the second largest smartphone seller. This is coming at a time when IDC and Strategy Analytics released reports that showed a decline in the sales of smartphones.

Even though Samsung still remains in front as the leading smartphone seller, they got the worst hit from the smartphone sale decline. For one, they projected their Galaxy S9 and S9 Plus units to sell more than what they are currently experiencing.

Given that these devices didn’t really offer anything special from the Galaxy S8 line-up of last year, this was almost to be expected. Taking to the numbers, the South Korean OEM had to deal with a 10 percent slump when sales figures are compared to that of the same quarter last year.

Hopefully, they would be able to turn things around with the launch of their Galaxy Note 9 which has been moved up to mitigate the effect of the poor S9 sales. It can only be hoped that the rush to launch does not lead them to make similar mistakes to their rollout of the troublesome Note 7.

Turning the spotlight to the rave of the moment, Huawei has no doubt paid its dues in this highly-competitive smartphone market. The breakthrough point for the phone company has to be with their P20 series (the Huawei P20, P20 Pro and P20 Lite).

Just recently, Huawei announced that it had reached the 100 million shipment mark for this year of which the P20 line-up accounted for about 6 million of the total volume. In contrast, the company reached this mark on December 22 of the year 2015, did better by hitting the same milestone on the 14th of October in 2016 and achieved such a feat in the September of last year (2017). Given that we are just crossing over into the second part of the year, they might be looking to double that target already.

Huawei Nova devices are enjoying remarkable popularity among consumers in the market. The devices in this line-up have already accounted for a total of 54.2 million sales. Factoring in the recent launch of the Nova 3, that number is bound to keep going up in the next quarter.

What makes Huawei’s news more interesting is how they were able to beat the projections for Apple by more than 10 million. That places the Asian company in a place where it can now boast of controlling no less than 15% of the global smartphone market.

Just like Samsung, Apple suffered a cruel fate at the hands of their latest releases.

Dropping the iPhone X alongside their chronological release of the iPhone 8 and iPhone 8 Plus was an idea that ultimately backfired. Many people who considered upgrading would prefer to go for the iPhone X.

The company also based a lot of their promotions around the anniversary phone so much, they almost pushed the iPhone 8 line-up into oblivion themselves. Since one device won’t drive sales growth, they will have to go back to the drawing board if they are to bounce back.

It is not all bad news for Apple though.

The analysis of IDC and Strategy Analytics confirms that the shipments of Apple’s devices grew in the last quarter – only not as much as that of Huawei… or Xiaomi for that matter.

Considering the premium pricing that Apple places on its new releases, it will still manage to stay more profitable than the latter companies. The Cupertino-based company could even turn the tables with the launch of new iPhones this fall to recapture all of that lost market data.

Whichever way this game goes, Huawei is now playing in the big leagues and has to increase its game accordingly. Most importantly, that will drive innovation and make the market even better for consumers. The events of the next couple of quarters will determine how well Huawei can handle the pressure.