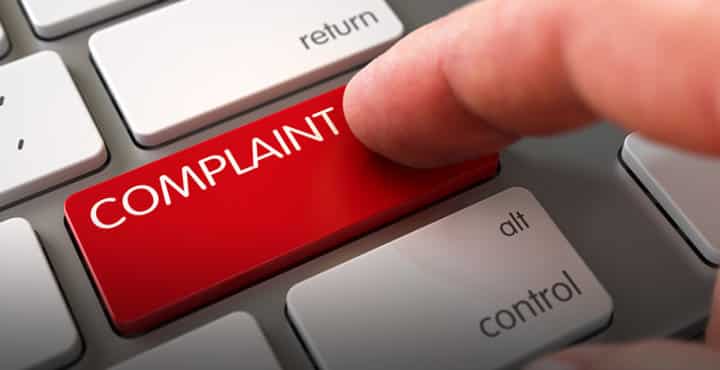 Each year, the Telecommunications Industry Ombudsman (or TIO) releases a report about the types of complaints they receive. As an impartial regulatory body, the TIO’s report is important for the telecommunications industry to see where there are issues and to strategize on how to fix them. Here are some findings of the latest report from the TIO, and what they mean for telecommunications in Australia.

What Are People Complaining About?

The TIO received 167,831 complaints last year, which is the highest number in three years and a 6% increase from the previous year’s report. However, it’s not all bad news – while the first half of the year had a large number of people looking to resolve issues, the numbers dropped off by the end of the reporting period. Over one third of the calls were about the time it takes to fix phone or internet issues, or customers who haven’t had their queries addressed in a satisfactory time period.

In the two reports prior to this one, the number of complaints about the NBN soared. While this year shows that some people are still not happy with their NBN service, the number of people complaining has started to drop off, and the NBN says only 5% of complaints made have been forwarded to them by the TIO as issues to resolve.

It wasn’t all bad news – some retail service providers did well at reducing the number of complaints across the year, such as Vodafone, the Vocus group companies (iPrimus, M2 and Dodo), and the TPG group of companies (TPG, iiNet).

NBN Co. attributed the decline in complaints to a number of initiatives that were targeted at improving the customer experience, which include new pricing bundles, pausing HFC sales to focus on optimisation, improved cooperation between NBN Co and retailers in regards to installation, an improved ability to see NBN equipment installed correctly the first time, and new fault diagnosis tools.

Customer concerns about Optus and Telstra still make up the bulk of complaints make to the TIO. On the one hand, they control the vast majority of the market – but the two telcos still have a disproportionate number of complaints against them. Even more concerning for the two Australian giants is the rise in people who are unhappy with their services.

Telstra had the most complaints (82,528) but as the telco with the most customers, it makes sense that they which represented the biggest share of calls. However, the number does represent a 7.7% increase over last year, which is an issue the telco will need to address. Telstra’s spokesman said the company knows it has work to do, but focused on the improvements through the year as reflective of the changes Telstra has initiated.

Optus (which includes Virgin Mobile) had the second highest number of complaints (40,665) which represents a massive 35% increase in unhappy customers. Experts point to restructures within the company as a possible reason for the declining standard of customer service. Optus chose to focus on the future, saying they hoped the improvements they implement this year will be reflected in next year’s report.

Where To From Now?

The government has made a recent move to implement a new standard for handling complaints. Since July, operators have been required to acknowledge all complaints within two working days. They must also resolve all complaints on first contact wherever possible, or otherwise resolve them within 15 working days.

As the change in federal policy drew closer, telcos had to change their own policies and procedures to reflect the new standard. The improvement in responding to customer complaints has clearly had some impact, as reflected in the reduced number of complaints in the second half of the year.

With government intervention clearly providing the push that some telcos need to see them improve their services, the emphasis is on improved transparency, accountability and a reduction in the number of unsatisfied customers. Those changes will hopefully have a positive impact on the next report, and reflect a real-life improvement on the standard of telecommunications services for Australian customers.