Android Tracks You Even When You’ve Turned Location Services Off! 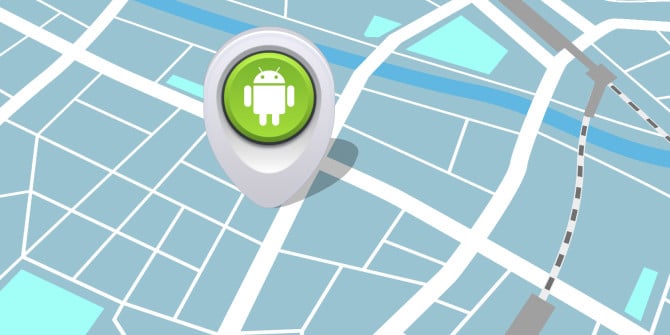 Is Google snooping around your location? An investigation by Quartz reveals that Google collects location data from cell towers via Android devices. This happens even when you have turned off location services on your smartphone or have no SIM card inserted. With the proliferation of targeted advertising services, such data may be used for commercial activities without your consent. Your privacy could also be infringed, and when the data ends up in the wrong hands, it could potentially threaten your life.

Smartphones have a built-in capacity to track your activities including your location. However, many users don’t know that devices whose location services are turned off and SIM cards removed can still send location information. Even if the Android phone is not connected to the internet, it will still gather data about your location and when it gets an internet signal, it will send the collected information to Google.

The collection of cellular tower addresses began early 2017. From then on, Google which runs Android, has been enjoying access to user data which maps their movements and locations. This goes beyond the user expectation of privacy.

When Quartz contacted Google on this issue, the latter confirmed the practice, but was quick to point out that the information collected is used for messaging and push notifications. Through their spokesperson, Google denied any intention to store the data or use it for other purposes outside its service delivery mandate.

In addition, the company said that by end of November 2017, Android devices will no longer be transmitting cell tower locations unless the user turns on the location services.

At the beginning of 2017, Google began exploring possible ways of utilising Cell IDs as an extra signal to enhance performance and speed of delivering messages. However, according to Google, Cell ID was never incorporated into the network sync system and the data that had been accumulated was immediately done away with.

What Quartz found interesting and somewhat unclear, is how cell tower addresses which essentially identify a specific cell tower can be utilised to improve message delivery performance. Whatever the case, the privacy implications of this clandestine practice are concerning.

Information sent from multiple cell towers can triangulate the location of your mobile device to approximately a quarter mile radius in areas where the towers are far apart. On the other hand, in urban areas with a much denser cell tower presence, the triangulation tends to be more accurate.

The Nature of Data Collected

Some smartphone users are not as sensitive to the transmission of their personal data to Google. That said, there are special groups such as victims of domestic abuse and law enforcement officials who would prefer not to be tracked for personal and professional reasons.

Though the data is sent to Google in an encrypted form, no one can fully guarantee that third parties, some with malicious intents, cannot hack or spy. The data transmitted is purely personal and comprise anything from purchase histories to political views to user locations. In turn, companies such as Alphabet and Facebook leverage on such data for their targeted advertising and personalisation campaigns whose value is currently estimated at over $1.2 trillion.

Regulators and lawmakers have been hard on internet companies among them Google, in a bid to limit the amount of user data they are vacuuming up. Apparently, all Android devices including phones and tablets are automatically connected to the location sharing service.

Looking at Google’s privacy policy specifically the section covering location sharing, the company only indicates that it will collect location information from devices that use their services. What needs clarity here is whether Google intends to collect data even when the location services are turned off.

The company has made it clear that the system controlling push notifications and messaging is distinct from Location Services. The latter gives apps information about a device’s location. However, it is the lack of a way to opt out from the cell tower data collection that is of concern. Whether the company uses the data or not, it should allow users to conscientiously choose between turning their location services on and off.