Australia Lags Behind in Global 5G Race After South Korea, US Launch 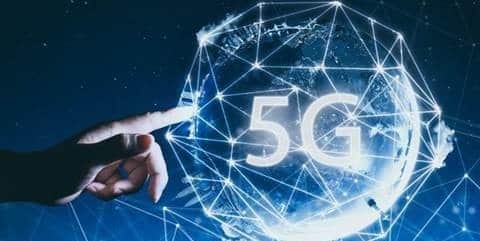 Both Optus and Telstra have committed to a 2019 5G launch. Source.

The anticipated fifth generation mobile network technology is brewing some competitive spirits around the globe. On April 3, South Korea claimed to be the first country in the world to launch the 5G network, with three of its mobile networks supposedly doing so commercially.

The United States, however, isn’t admitting defeat — one of the country’s telco, Verizon Communications, claims to have launched on the same date, downplaying the South Korean telcos achievements.

In fact, the United States doesn’t stop there. The country even claims to have had 5G available as far back as last year in select areas. The United States has openly scuffed at South Korea’s claims, and brushes them off as a stunt. This spat is real, as the race to become the first country to make this 5G fantasy a reality is truly a big deal.

Actually, Verizon’s launch was scheduled for next week and the South Korean telcos had scheduled a Friday launch. However, these launch dates were scrapped and pushed to Wednesday, April 3, on account of the race to first.

Other countries are also amongst the race to first launch 5G networks that are accessible via mobile phones without the aid of WiFi. Notably, China and Japan are two of the most competitive in this race, when the United States and South Korea are set aside. However, those other countries have been left behind, given the recent 5G launches, but they still chug along with zeal.

What’s most baffling, however, is the fact that Australia isn’t even in the race. For a country that was known for leading the world in areas such as farming and manufacturing, it’s surprising to see Australia fall so comfortably into a state that’s not even top ten in the 5G race, and the technology race in general.

In a global ranking of 5G readiness last year, Australia didn’t even make the top 10. Source.

The 5G fight between South Korea and the United States

This is no joke, South Korea and the United States (U.S.) telcos have really launched their 5G networks earlier than planned to avoid coming in second. South Korea’s SK Telecom, KT, and LG Uplus launched their 5G networks on April 3, two days prior to the announced scheduled launch. The US telco, Verizon Wireless, launched on the same date, about a week earlier than its announced scheduled launch, simply to avoid being second.

Both countries claim to be first, with South Korea claiming a victory of a few hours. The US, on the other hand, scuffs at South Korea’s claims as nothing but a public relations stunt. Verizon’s position is that the South Korean telcos only made 5G available to six South Korean celebrities, not the public; whereas Verizon launched in actual cities — Chicago and Minneapolis.

Australia not in the picture

Regardless of the winner here, the fact remains that 5G has been launched in these two countries, and Australia is nowhere to be found. South Korea will see a full public launch of its 5G network on April 5, to coincide with the release of the Samsung Galaxy S10 5G in that country. In Australia, on the other hand, the Samsung Galaxy S10 5G won’t be available til later this year, sold exclusively through Telstra who is yet to launch its 5G network.

The United States 5G launch, courtesy of Verizon, can be used with the Motorola Z3 with the aid of a Moto Mod. China is also not far behind at all,  and neither is Japan. Australia, however, awaits a full 5G rollout scheduled for next year,  or hopefully the end of this year with the release of the Samsung Galaxy S10 5G.

To be fair though, although Australia lags behind in the global 5G race, the country has been quite active within its own borders. This competition has been especially noted between Optus and Telstra. With several 5G tests over the past couple of years, these telcos have certainly been working hard at implementing the technology.

In fact, earlier this year, Optus launched its 5G network for fixed mobile broadband. The launch, however, is fixed broadband only as stated, meaning its not available to mobile users without using a WiFi connection. The launch was also quite inferior, with guaranteed speeds of only 50mbps (Megabytes per second).

5G is a very big deal. The technology provides some lightening fast connection speeds that can dwarf 4G by up to 100 times. Not only is Australia lagging behind in that, but its lagging behind in the latest technological advancements in general — from Blockchain to the IoT (Internet of Things), to renewables to AI Artificial Intelligence.

This is not to say that Australia is completely dormant in the race for innovation — for example, the country is making some impressive progress in the IoT arena, with the average Australian household boasting about 9 connected devices.

Despite these facts, however, the country still isn’t leading the pack. The importance of 5G is the lynch pin here, because the technology has the ability to spring forth a boom in innovation in the other mentioned technological innovations. Without a zealous approach to leading the world in this 5G services market — a market that is expected to hit the $123.27 billion mark by 2025, by the way — the country will watch the likes of South Korea, the United States, China, and Japan have a comfortable global feast without a care in the world.

With that being said, Australia needs its competitive spirit back. The same spirit it possessed when it led the world in farming and manufacturing. Looking to the future, the country must figure out what’s lacking in this regard, and target the technology space as the sector to impose its leadership role in the future.