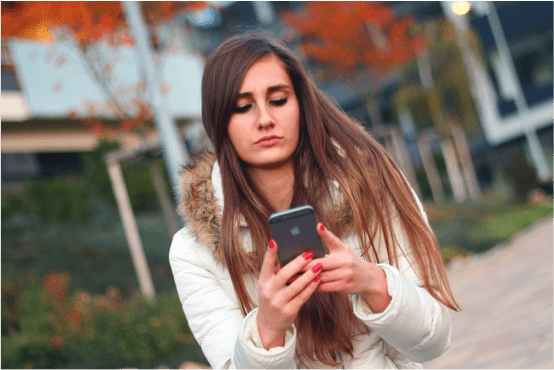 When will Boost Mobile 4G be ready in Australia?

Boost Mobile on the 4G network will be available to all existing and future customers from this September 29th, 2015.

If your mobile phone features 4G capabilities and you are residing or located within a 4G coverage area, your smartphone will display either “4G” or “LTE” on the screen, located next to where the signal bars icon is displayed.

What are the benefits of using Boost Mobile on the Telstra 4G network?

As Boost Mobile is an Australian MVNO provider which utilises the Telstra 4G network for all of their customers, this means you will be getting access to a superior network provider which offers nationwide coverage, but without paying the high priced plans which Telstra offers.

The 4G network is a fourth generation technology which provides consumers with faster speeds and is used alongside the existing 3G network. Boost Mobile customers will be receiving their mobile data from the Telstra 4G network which operates on the 1800MHz and 700MHz frequency bands. While coverage is nationwide, depending on an urban or rural location and your mobile phone capabilities, your 4G experience might slightly differ than compared to another’s.

4G is much faster than the previously used 3G network, so with Boost Mobile you will be able to enjoy 4G data transfer speeds of around 2Mbps – 50Mbps. The high speeds are due to the fact that the Telstra 4G coverage area is the largest one of any mobile network provider in Australia.

Why is Boost Mobile moving to 4G such a big deal?

As Boost Mobile is a MVNO using the Telstra 4G network, it allows them to provide excellent value for money prepaid plans, along with the connectivity of a superior nationwide 4G network. Telstra’s mobile data 4G network is highly rated as one of the best 4G networks currently in operation in Australia and is favoured amongst consumers that are seeking the high data speeds which 4G offers.

Telstra is miles ahead when it comes to network performance and are reported to be spending more on improving infrastructure in comparison to their competition of Optus and Vodafone. Reports have recently shown that since mid-2011, Telstra have grown the number of customers which access their network and currently have more than an estimated 15 million mobile phone users on their network around Australia.

By choosing Boost Mobile as your MVNO provider, you can access the same great connectivity which Telstra users are enjoying on a daily basis, including fast 4G data speeds, all without paying the high Telstra plan prices. For people that don’t need all the bells and whistles which most of Telstra’s complicated plans offer, Boost Mobile prepaid plans are a smart choice.

Why Boost Mobile is a better deal than the competition

Boost Mobile are an Australian MVNO (mobile virtual network operator) and are one of the only mobile phone plan provider companies in Australia, which have access to the Telstra 4G network. Telstra’s 4G mobile data network provides speeds to consumers much faster than what the existing 3G networks can provide.

Boost Mobile offers prepaid mobile phone plans which are incredibly beneficial when compared to other Australian MVNO prepaid plans. Boost Mobile is now providing highly sought after access to the Telstra 4G network, while still offering regular calls and text, with excellent coverage and data according to purchased plan size.

How using a MVNO like Boost Mobile can save you money

While in Australia MVNO’s are still small in size when you compare them to the large network providers, but most people are not aware that they offer much better deals. Australian MVNO’s are rapidly becoming increasingly popular amongst smartphone savvy and heavy data using consumers. As MVNO’s such as Boost Mobile are able to purchase data at wholesale rates from Telstra, this results in lower prices for consumers and much better deals.