Do Apple Slow Their Phones Down Deliberately? 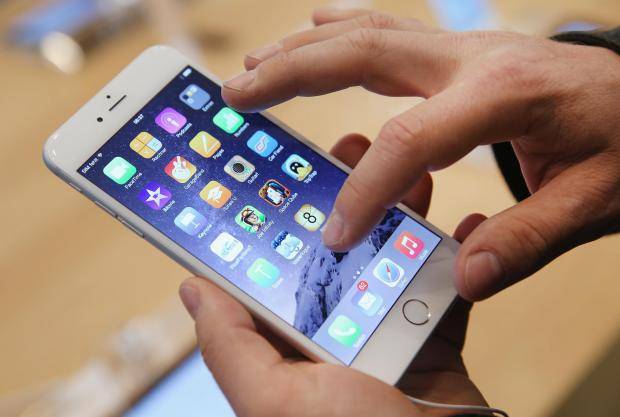 When Apple introduced iPhone 6s in late 2014 and iPhone 7 in 2016, their performances were excellent and consumers were more than happy to buy the devices.  However, new performance data now shows that Apple could be intentionally slowing down older phones to cover up for its ageing batteries.

iPhone 6 And 7 are the Most Affected

According to the user data, the company targets iPhones with old and worn batteries by reducing the speed of the processors, hence making them slower. Primate Labs, a benchmarking firm collated data from its Geekbench program which runs on thousands of iPhones. The results from the tests revealed that iPhone 6s running iOS 10.2.0 had its performance peak around the expected value.

Following the introduction of iOS 10.2.1 at the beginning of January this year, data from the tests showed a total of 5 peaks. The first peak matched the maximum performance iPhone 6s achieves when running iOS 10.2. However, the other 4 peaks showed a diminishing performance at set intervals. The same trend was cited with tests done on iPhone 6s running iOS 11.2 released in December, 2017.

In September, Reddit users reported the iPhone performance problem and cited degrading batteries as the main culprit. Just as the smartphone ages, the battery also takes a beating. iPhones use lithium-ion batteries that are designed to last approximately 500 full charge and discharge cycles. This is about 2 years of use.

Normally, when the battery life is shorter, users are forced to charge regularly and this contributes to the ageing of the battery relative to the smartphone. As a battery ages, certain chemical components inside it also undergo degradation following each charge-discharge cycle. Ultimately, this decreases the maximum capacity of the battery. In addition, oxidation diminishes the maximum current the battery can supply making it less efficient. Even though you regularly charge your phone, it may not maintain top performance and this takes a toll on the processor and other components which have to work harder and draw more current from the battery.

On December 20, 2017, Apple released a statement admitting that the slowing down of phones is caused by a software feature they released in 2016 to counter the ageing battery problems. The processors in the affected phones are very powerful and always want to hit faster speeds, but the batteries restrain them. This is the reason some phones shut down.

In a bid to address the problem, Apple released an iOS update (10.2.1) which they claimed had superior power management capabilities. This update that targeted iPhone 6, 6s, and SE deliberately slows down the devices to prevent them from switching off. This solution targets phones with old batteries and low battery charge.

The processor spreads out tasks instead of completing them immediately. In this way, it smooths out power consumption. Apple further disclosed that it is doing the same to iPhone 7 through iOS 11.2.0 and it will continue for other products in future.

Lack of Transparency Could Taint Image

The intention of Apple in slowing its phones seems to be for the good of users, but because it was not communicated beforehand, it caused a lot of backlash. Secretly slowing down old phones can lead to a reputation damage which may linger for a much longer period. This problem has also made some consumers believe that the company is quietly driving them to either purchase new phones or upgrade, all to its benefit.

Recently, Apple gave an apology to users concerning the whole issue. Normally, new iPhone batteries go for $79, but starting January 2018, the company promises a $29 battery replacement. To add to that, they will issue an iOS update which gives users more visibility concerning the health of their phone batteries. On the question of why its batteries experience unexpected switch offs, the company is yet to give a conclusive response.