All You Need To Know About Circles.Life 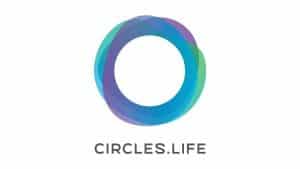 Circles.Life is a Mobile Virtual Network Operator (MVNO) based in Singapore. The company was founded in May 2016. It uses a Cloud-based business model to automate systems and cut operational costs by 95%.

The company’s cloud system is referred to as Circles-X, which aligns the company’s network operations, customer service, logistics, and delivery with the consumer facing digital experience. This system enables the company to react quickly to customer preferences to provide appropriate products within weeks.

The telco also delivers customizable mobile services, including data, roaming, and voice that users can manage through the Circles.Life app.

Circles.Life is headquartered in Singapore and has offices in The Philippines, Indonesia, Bangalore (data R&D center), Taiwan, and Australia. They aim to expand to more nations and deliver personalized digital services to clients.

In February 2019, Circles.Life announced it would expand its reach to five international markets over the next 18 months. The digital telco plans to invest $50 million on each market. There is news that the company has already signed deals with major telco networks in Taiwan and Australia.

Circles.Life claims to be the first mobile virtual network operator (MVNO) to offer a 100% digital experience for customers in targeted markets.

Circles.Life has disrupted Singapore’s telco sector and forced Singapore-based telcos to consolidate their businesses after winning 3% to 5% of the Singapore mobile subscriber market. The expansion plans rolled out after Circles.Life closed a Series C round of financing led by Sequoia India.

Besides its major expansion plan, the company is also working on opening an R&D center in Bangalore, India, with a purpose to become a digital lifestyle platform.

The plan has a fair usage policy that will throttle your data as soon as you surpass 20GB of data every month, meaning customers won’t suffer any data overage charges. The quota refreshes at the beginning of every month, but if you want the 4G speed, you have to buy a Boost from Circles’ app (1GB for S$6, 2GB for S$10).

According to Circles.Life, the throttled speeds are still sufficient for app usage and internet surfing and your connection will never be cut off entirely.

Ahead of overseas expansion, the company also announced a revamped referral program. Subscribers will be given one month of unlimited data for each referral, for up to five months. Newcomers joining by referrals will get three months’ unlimited data instantly. This referral scheme celebrates both new and existing customers.

Circles.Life invested over $50M to launch in Taiwan. According to the telco, other players in the country bind customers with 36-month contracts, which also include several hidden costs such as registration fees. Many of these plans also charge a sizeable upfront deposit.

Circles.Life wants to give customers full control and access to no-contract and flexible plans. In its press release, the company shared that it will offer an app-based, no-contract plan with 18GB of mobile data.

In July, Circles.Life upgraded its app with a new ‘Discover Movies’ feature. With this feature, app users can discover and book movies at any cinema in the app. Users can save preferred cinemas, check show times, and also check the theatre’s capacity.

The feature also enables users to browse through the movies list under ‘IMDb recommends’, based on the movie ratings. Users have to update their app to enjoy this feature, which is currently being beta tested.

Circles.Life plans to expand into the Australian telecommunication market by the end of this year, bringing competition to Australia’s major telco. In the light of the telco’s attractive and affordable offerings, along with an optimistic attitude, it appears that it will certainly contribute to the future of the telecommunication sectors of its target markets.