After several roadblocks by the Australian Competition and Consumer Commission (ACCC), a federal court has granted the Vodafone and TPG merger. The ACCC opposed the merger last year, stating that it would reduce competition in the telco market.

Justice John Middleton disagreed with the ACCC’s conclusion, taking the position that competition won’t be “substantially” less with the two telcos joining forces. The decision brings the long drawn out merger to a close, and TPG and Vodafone will now become the third major telco in Australia.

While the ACCC has been against the merger, there were other bodies countering their argument. The Australian Communications Consumer Action Network (ACCAN) believed a merger will actually increase competition.

TPG isn’t one of the major telcos in Australia as far as the mobile market is concerned. That status belongs to only three telcos – Telstra, Optus, and Vodafone, in that order. 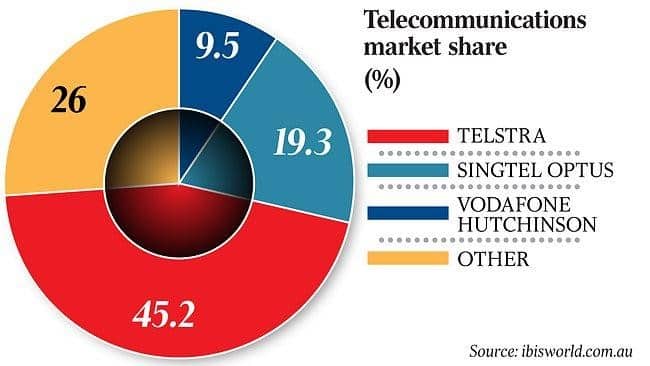 However, TPG is no small fish in the larger Australian telecommunications market – they own a series of internet service providers, including Internode, iiNet, Pipe, and others. TPG also owns a whopping 25% share of the National Broadband Network (NBN) market, second only to Telstra’s 50%.

TPG made an attempt to enter the mobile market as the fourth largest, setting aside $1.9bn for the ordeal. The company purchased radio spectrum worth $1.2bn for its 4G network, and then had to abandon the move when the government banned Huawei from supplying 5G equipment.

As a result, TPG was left holding the bag, hence the attempt to merge with Vodafone – the third largest telco in Australia. Vodafone, themselves, weren’t doing so great – their 2009 merger with CK Hitchinson wasn’t really profitable.

With both telecommunication companies lacking in certain areas, the merger was a welcome decision.

The ACCC believes that merging TPG and Vodafone will reduce competition. As stated, TPG is not really a small telco, they own several broadband providers. Vodafone isn’t either, they’re Australia’s third largest telco.

The ACCC contends that joining these two big companies together will introduce one huge company, instead of adding a fourth telco to the market (if TPG continues with their mobile technology journey alone). In other words, four telcos in a market creates more competition than three, especially when the third is a combination of two already big companies that can exist separately.

The ACCC’s position is that having four major telcos compete will be great for consumers.  There will likely be a price war of some sort, with each telco fighting for market share. But with three telcos, that opportunity pretty much disappears for the consumer, according to the ACCC.

Others disagree with the ACCC, arguing that the TPG Vodafone merger is good for competition

The flip side is that both TPG and Vodafone were going through a rough stretch, so there’s no guarantee that TPG could proceed alone and enter as a fourth telco. After investing in a mobile market entry, TPG was blindsided by the Huawei ban.

Thus, even if they somehow figured out a way to enter the mobile market as the fourth Australian telco, they would have been a pretty weak competitor.

Vodafone, on the other hand, has had a rocky stretch for years and years. They’ve mostly always been the weaker competitor against Telstra and Optus, and their merger with Hutchinson wasn’t so great so they were probably going to get even weaker.

So the opposing argument is that these two telecommunication companies are a stronger competitor together than they would be if they remained alone.

The ACCAN makes this precise argument. While the ACCC was considering the merger, the ACCAN took the position that a fourth telco entering the mobile market was unlikely, and so Telstra and Optus would dominate to the extent where competition would be very weak, leaving both telco giants to price however they want.

In fact, the federal court’s judgment was based on the likelihood that TPG would not be able to enter the mobile telco market alone, meaning the only way for the new entry would be through a merger. TPG had entered sworn evidence to this effect.

Thus, allowing the merger equals to allowing for a stronger third telco – one that would be able to compete better with Telstra and Optus.

The merger could bring a bevy of new bundles for customers. TPG is a dominant force in the wired broadband market, while Vodafone is the third largest in the mobile market, so expect new offers combining their individual strengths. According to independent telco consultant Paul Budde, the merger will likely result in increased customer choice at discounted rates as far as bundling is concerned.

Final words – Which side is right?

The ACCC’s opposition of the merger is well grounded, but so are the arguments against that position. On the one hand, the ACCC believes TPG could still enter the market despite the Huawei ban, and that would mean a fourth telco and, thus, a highly competitive market.

But then why is Telstra welcoming the Vodafone-TPG merger? Back when merger talks were still ongoing between the two companies, Telstra’s Andy Penn hailed it as a favorable development in the market. So why would Telstra welcome the merger If it would result in more competition for them?

Regardless of what the real answers are, the merger is the new reality if the ACCC doesn’t challenge the federal court’s ruling. The ACCC has 28 days from today to do so.