Fixed Mobile Broadband Might Be The Solution For Vodafone’s Problems 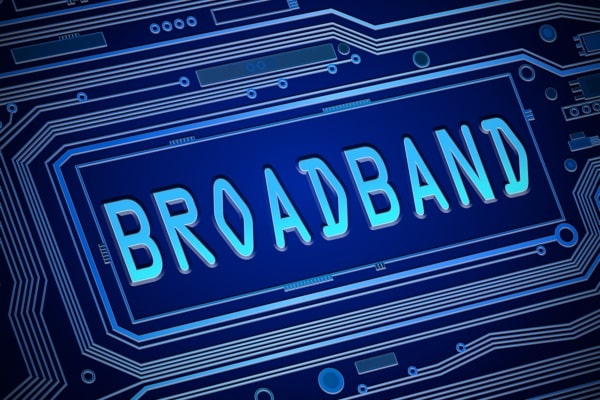 Besides these, Vodafone is having a tough time seeking approval from the Australian Competition and Consumer Commission (ACCC) for the merger with TPG.

TPG and Vodafone merger may not go ahead

The ACCC has concern over the merger between Australia’s third and fourth largest telecommunications companies. The regulator wants to keep Vodafone and TPG separate to preserve good competition. While TPG is a fierce price competitor in the fixed broadband market, Vodafone operates its own mobile network.

ACCC Chairman Rod Sims said that their primary view was that TPG was currently on track to becoming the country’s fourth mobile network operator and an aggressive competitor for telcos. He added that if TPG remained separate from Vodafone, it would adopt an aggressive pricing strategy, offering cheap mobile plans with larger data allowance, which won’t be achieved by the merger. 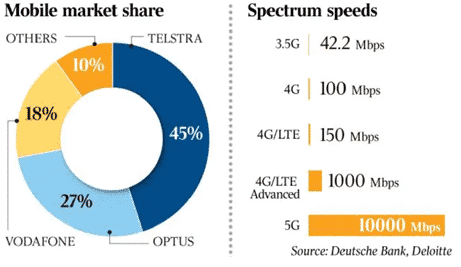 The regulator has also pointed out the long-term impact of the TPG-Vodafone deal will be contrary to what consumers want. The ACCC expects consumers to increasingly prefer mobile broadband services over fixed home broadband after the rollout of the 5G network.

In response, Inaki Berroeta, the head of Vodafone Australia, said the ban on Chinese companies had diminished the TPG’s prospects of building an affordable mobile network. Huawei and ZTE provided cheaper equipment than European competitors such as Nokia and Ericsson. Now there are only two choices – Ericsson and Nokia, for building future networks, as Samsung is not available in the Australian market.

The ACCC invited submission about the merger from interested parties until January 18 and has delayed its final decision on the deal until March 28. According to David Kaynes, a telco analyst with Citi, if the merger is blocked, and Vodafone and TPG have to build their mobile network, TPG may be very successful, but it would take a very long time.

In last December, Vodafone acquired substantial spectrum holdings in the 3.6GHz band auction for AU$263 million. The telco plans to work with TPG to start its own fixed wireless services to compete with NBN. (National Broadband Network) 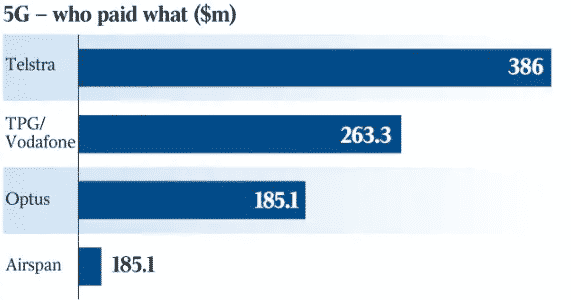 Who paid what amount for 5G in Australia Source

But this decision depends on NBN’s current wholesale pricing. If NBN provides good service at a low price, people will keep using it. And if any telco offers service at a lower price (below $50), the telco will gain over NBN. Retailers such as Vodafone, Optus and Telstra complained about no margin for reselling the NBN. Telstra chief executive Andy Penn said the wholesale price of NBN should be $20 cheaper. It requires the government to make an investment in the network, something the current government has ruled out.

The 3.6GHz mid-band frequency 5G spectrum has the capacity to carry more data, but has a shorter range than the lower bands used for 4G. That means, for mobile services, the spectrum is best for higher density areas. However, in lower density areas, it can be used for fixed wireless.

Additionally, telcos may target areas served by the NBN’s own fixed wireless services to deliver cheap services because they owned their own backhaul – the fixed lines that lead to the mobile towers. But NBN doesn’t have its own backhaul.

The full rollout of mobile 5G would take five to ten years. In the meantime, it makes sense for Vodafone with spectrum in the 3.6GHz band to use it for fixed wireless products. While fixed wireless may not be better than NBN to the premises or kerb, it could be a superior and potentially cheaper alternative where NBN runs to the node cabinet at the end of the street.

Recently, in late January of this year, TPG pulled out of the 5G network race, blaming the Australia’s Huawei ban. The telco had spent over $100 building 5G infrastructure which was formed with Huawei as the its only vendor. With Huawei forced out of the picture, TPG was left holding the bag with equipment it had invested in but could not use. The result of TPG’s drop out eliminates the ACCC’s competition argument. The market has become quite thin without TPG, and a merger between Vodaphone and TPG might look a little different now. In fact, the lack of competition has become so obvious after the TPG decision that Telstra’s stocks immediately shot up 5 percent.

The industry awaits the ACCC’s next move, with a merger likely to be TPG’s last hope in regards to 5G.