How Data Limits Affect Your Usage 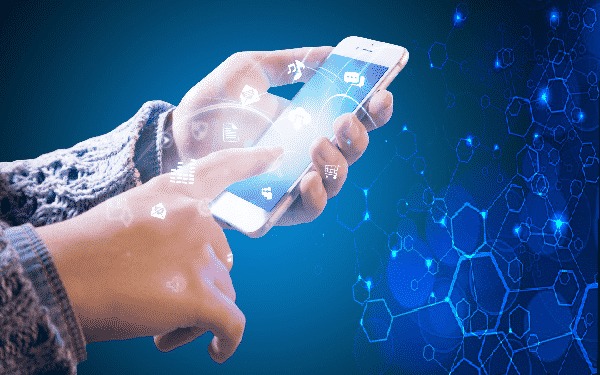 It wasn’t so long ago that data was sold as an extremely limited resource. As phones have become smarter and people spend more time on them, the amount of data necessary in a month has risen drastically. The upcoming 5G network will speed this process up even faster.

And of course, telcos have taken advantage of this rise in data usage. While most plans these days have unlimited talk and text, and even often include calls to international numbers, the amount of data included in a plan tends to set the price.

The final hurdle of “unlimited” data has been breached, with companies offering plans that have no upper limit on data usage. However, when a certain amount of data is reached, these companies will slow down data speeds to 1.5 Mbps (or simply offer unlimited data, but all at speeds of 1.5Mbps). Telstra is one of Australia’s major telcos, and they offer this unlimited option with some plans.

So are these plans worth it? How fast is 1.5 Mbps? And will your phone still function after you hit your data limits? Let’s look at how Telstra is performing, and how customers are responding to the idea of having their data speeds slowed down.

Under the previous model, each phone plan comes with a specific amount of data. Once a customer reaches their allocated amount, an extra 1 GB of data is automatically applied for a flat rate of $10, which is in addition to the usual cost of the plan.

In most cases, this system works fairly well. Most people see the extra $10 as a kind of penalty for not being careful with their data allowance, and if they are regularly paying the extra money it is a clear signal that they should look at a more expensive plan with a greater data allowance.

However, there are a few issues that a customer might have with this system. For example, if the data allowance runs out only a day or two before the plan is set to renew for the month, and they then have an unwanted GB they have paid for and are unable to use in time. They also may not have budgeted for the extra $10.

There were a few companies who offered some form of data rollover or data banking, so at least any unused data could be used the next month. However, these deals are rare. The more popular option is to offer customers an amount of data, and then slow down their usage once they exceed that limit. No extra fees, no need to strictly limit data usage, no hassles if you accidentally go over your allotted amount, and it’s fair to customers.

But here’s the issue – many people don’t have a clear idea of how fast 1.5 Mbps actually is. Many smartphone users are old enough to remember the days of dial-up internet and the frustrations with 3G mobile networks, so it’s a bit unnerving to sign up to have your internet slowed down. 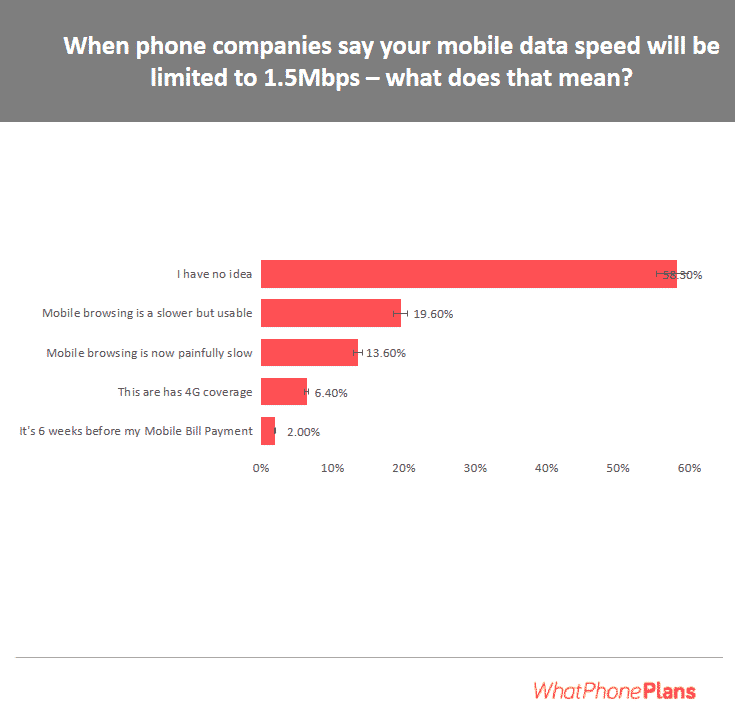 Most people have no practical idea of how fast 1.5 Mbps will be.

Australia has some of the world’s best 4G, reaching average speeds of around 30 Mbps – so 1.5 Mbps is a significant drop. On paper, 1.5 Mbps is fast enough for some high definition video, such as watching YouTube videos. However, in reality, it may not be quite fast enough to avoid frustration.

Streaming services like Stan and Foxtel need 2-3 Mbps to play correctly, so users might notice a drop in functionality. Streaming music is a different story, with the drop in speed unlikely to cause any issues with sound quality. Social media might be slightly slower to load, but is accessible at those speeds.

To test how Telstra’s unlimited plan would perform in the real world, WhatPhone signed up for a plan to be used mostly in Sydney. Here are some observations on what happened when the full-speed data allowance was all used up.

In our real world test, even after the data allocation was used up the smartphone was still able to achieve download speeds of up to 9.76Mbps – much higher than the specified 1.5 Mbps. This speed should be enough to support HD streaming and most internet usage. Of course, there is no guarantee that it won’t be shaped back to the minimum speeds at times, but reaching your allowance doesn’t necessarily have to mean changing how you use your phone. 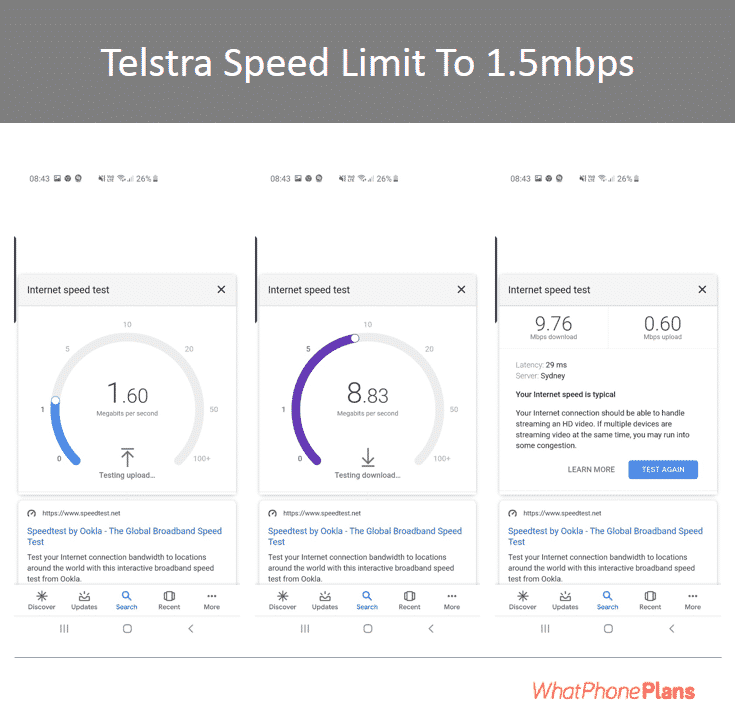 While Telstra promises to slow data down to 1.5 Mbps, you could still be able to achieve higher speeds.

The Future of Data

Once again, industry leader Telstra has made a move to the next big thing in mobile data allowances. Those who will now avoid overage charges and who find the shaped speeds still functional will be happy to have the peace of mind and security of a fixed plan cost. Those who rely on full-speed internet or who don’t exceed their data allowance are likely to be less impressed.

Until Australians get a fair idea of how 1.5 Mbps looks in real life, it will be difficult to make a decision on whether this type of plan is suitable, and could inhibit the plans’ popularity. Telstra will need to work on informing the public, and communicating with them about their data usage. For most people, this type of plan will likely have moments of frustration with the slower speeds, but be basically workable. In time, we’re likely to see most telcos shift to this style of allocating data – until data-hungry 5G applications begin to become popular and major telcos like Telstra will have to re-evaluate once again.