How Does 5G Work?

Ah, I’m sure you know what 5G is – you’ve heard about it for years. And 5G has been live in Australia for over a year now, so there’s a good chance you’ve actually used a 5G plan.

But for the the sake of formality, let’s give a brief definition of what it is. 5G is the fifth generation of mobile network technology. Previous generations included 4G, which most people currently use, along with 3G, 2G, and 1G.

But even though we’re willing to bet you already knew what 5G was before reading the brief definition above, we’re not willing to bet that you know everything about 5G and how it works.

In this post, we discuss the different components and types of 5G, what the technology offers, and dispel a ridiculous myth about its potential dangers.

All 5G networks are not the same. There are actually two types of 5G networks – Non-standalone (NSA) 5G and Standalone (SA) 5G. Here’s a brief look at the difference between them: 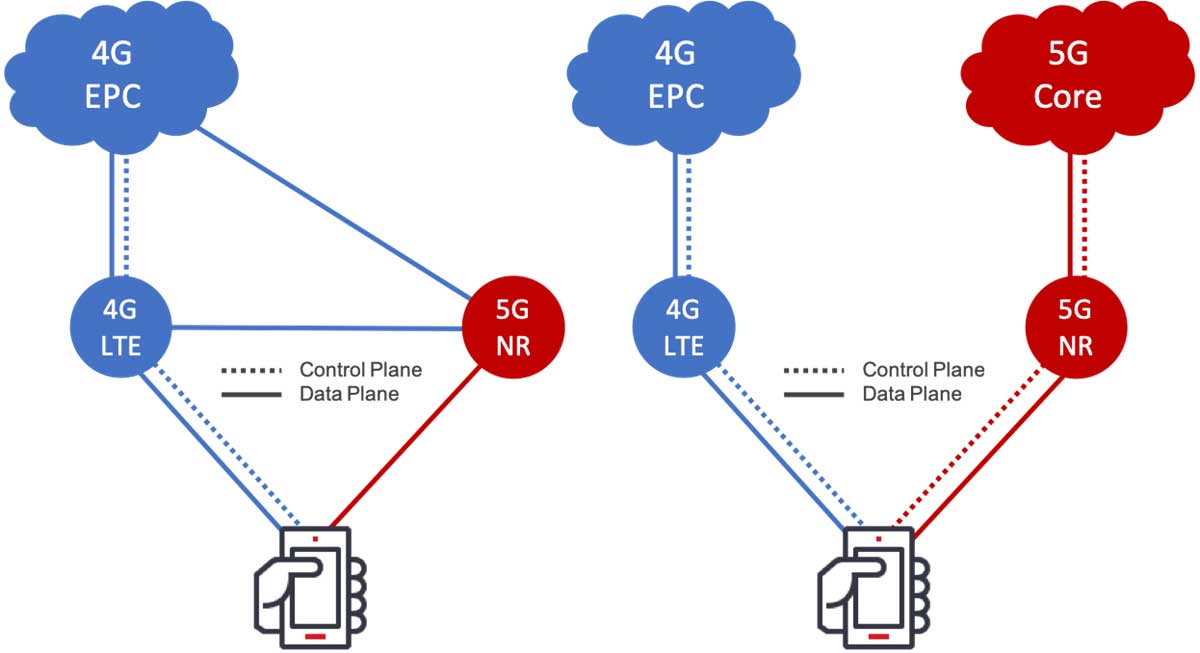 Eventually, all of Australia’s telcos will go the SA 5G route. Current 5G networks are launched on 4G cores just to enter the market quicker – no telco wants to be left behind. But while the differences aren’t such a big deal for consumers, enterprises will see great benefit in what a SA 5G network has to offer.

But the different 5G components doesn’t end there. 5G also comes in different bands in airwaves – low, middle, and high – and their performances are entirely different. Here’s a brief explanation:

We haven’t even covered everything yet – doing so would result in an extremely lengthy post. But the different component described above deal with the core of the different types of 5G out there, and what’s to come. The whole point is that we haven’t even scratched the surface.

What consumers hear most about 5G is how fast it is. Initial reports boasted of speeds up to 100 times faster than current 4G networks – wow! But what we have in Australia right now are NSA 5G networks in mid-range bands, and they aren’t really that impressive compared to what we’d been led to expect.

Look at Optus, for example. Last year, the telco announced average 5G speeds of 100Mbps, and max speeds of 295Mbps. That’s actually fast, but it isn’t a big deal – certainly not 100 times faster than 4G, as some 4G networks can actually get those speeds or more.

But all this can be explained by the different versions of 5G out there. In other words, we haven’t gotten to the real deal 5G network, but we’ll begin the journey there with next year’s mmWave allocations, and a decade worth of future improvements and new applications.

Bandwidth and latency: It isn’t all about speed

While the future of 5G holds the real 5G, some are trying to kill the technology long before that happens. From the onset, there have been ominous questions about health risks associated with 5G, mostly dealing with fears of cancerous growth from radiation, considering the technology will eventually move to short wave bands that might require antennas to be very many and very close to residential properties. These concerns have since been dispelled by study after study.

But even though those fears are no longer valid, we could understand the reasoning behind them at the time – before studies proved them wrong. What’s more concerning, though, is a more recent, irrational myth: That 5G causes the coronavirus that leads to COVID-19.

This latest conspiracy theory is absurd, simply put. But the absurdity has been swallowed up by many, who actually believe that a mobile technology can somehow create a biological virus. So much so that their belief drove them to burn down 5G towers here in Australia and abroad.

But the stupidity behind the conspiracy theory is what’s more baffling. Yet, 12 percent of Australians believe it.

If you ever get tempted to carry on the myth, just remember that the coronavirus has pretty much disappeared from Australia, even while 5G continued to grow throughout the country. Think about that.

5G is not just what you think it is – there’s a whole lot more. We’ve tried to cover the important parts of the mobile technology to give you an idea of how it actually works. But in reality, a consumer’s main goal is to consume – in this case, use – the technology to enhance their internet experience. So test out current 5G broadband plans and look forward to the future of the real 5G – with the promised speeds, higher bandwidth, and low-to-zero latency that was initially advertised.