The coronavirus pandemic resulted in the vast majority of Australians staying at home for longer periods than usual. Measures implemented to stop the spread of the virus included stay-home orders and social distancing guidelines. This meant Australians had a lot more time on their hands, which led to a significant spike in mobile phone usage.

The increased mobile phone usage wasn’t just attributed to those working from home, but the population in general as they streamed more media and stayed online more. Both Netflix and YouTube, amongst other tech companies, answered the increased streaming by reducing their video quality to cut down on the amount of data needed. The hope was that the reduced quality would balance out the increased data demand.

It worked to an extent, but telcos still experienced significant traffic spikes compared to pre-coronavirus times. Back in March, Telstra and Optus faced network outages and other issues when COVID-19 was at its peak.

According to Telstra head of networks Nikos Katinakis, the Netflix and YouTube bandwidth reduction “…did have an impact on the network but it was the day time traffic that was really incredible, usually the 9am to 5pm traffic is relatively flat but that pushed up by almost 70 per cent.”

Now, however, both Netflix and YouTube have increased video quality back to how it was before the coronavirus hit. But this comes as many are still at home, and social distancing and other preventative measures are still being observed to stem a new wave of the virus.

The coronavirus pandemic has resulted in increased data usage on pretty much all internet-capable devices. This is true around the world, not just in Australia.

According to a Statista survey in March of this year, 70 percent of respondents around the globe cited their increased device usage as being caused by the pandemic.

Attention: The internal data of table “89” is corrupted!

Statista survey indicates increased device usage in Australia and around the world during coronavirus outbreak. src

The Next Web’s Digital 2020 report indicates that global Internet usage increased by 7 percent since last year, and 67 percent of the world population now use a smartphone.

And while businesses around the world were shutting down and losing money, streaming services like Netflix saw huge gains as people stayed home and found solace in streaming entertainment media. 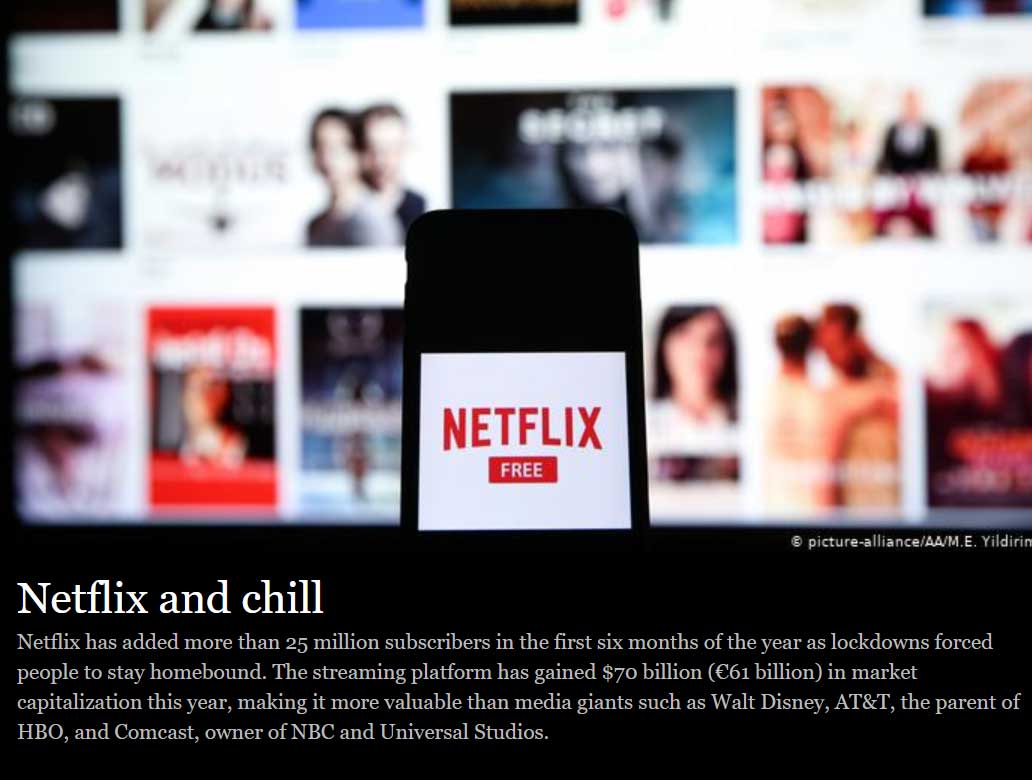 How will Netflix’ and YouTube’s decision to increase video quality back to normal affect telcos?

Australia’s coronavirus control measures have been largely successful. However, many of the effects still remain as some remain unemployed, while others continue to work from home, and social distance practices still remain.

This means there might not be a complete return to normal life anytime soon, and mobile data usage might remain higher than normal.

And with Netflix and YouTube reverting back to normal bit rates, data consumption is bound to increase. Such an increase will likely affect telco operations as traffic spikes occur. In fact, there have already been claims of a 35 percent increase in network traffic during peak periods over the past two weeks.

The effects on increased mobile phone usage goes beyond data consumption alone. Back in March, both Telstra and Optus experienced data outages as customers made more calls than usual. The stay-home measures meant that even businesses conducted their operations largely over mobile networks. It also meant a twenty-fold increase in calls to the government’s 13 and 1800 numbers, which, according to Telstra, contributed to network congestion.

Perhaps this is the new normal, as Australian businesses might consider the stay-at-home model to be suitable even after the coronavirus outbreak is completely over. We’ve already seen companies take this approach – for instance, Telstra’s Belong Mobile recently announced that its customer support will now be fully digital, and pointed to the coronavirus pandemic as influential in their decision to do so at this time.

If many businesses follow suit, then mobile phone usage is unlikely to go back to how it was before the virus. If that’s the case, telcos will have a lot to grapple with to avoid network outages and congestion from high mobile usage. This will likely mean costly software and infrastructure upgrades, which might end up being passed down to consumers.