How the Telco Industry Responded to Bushfires 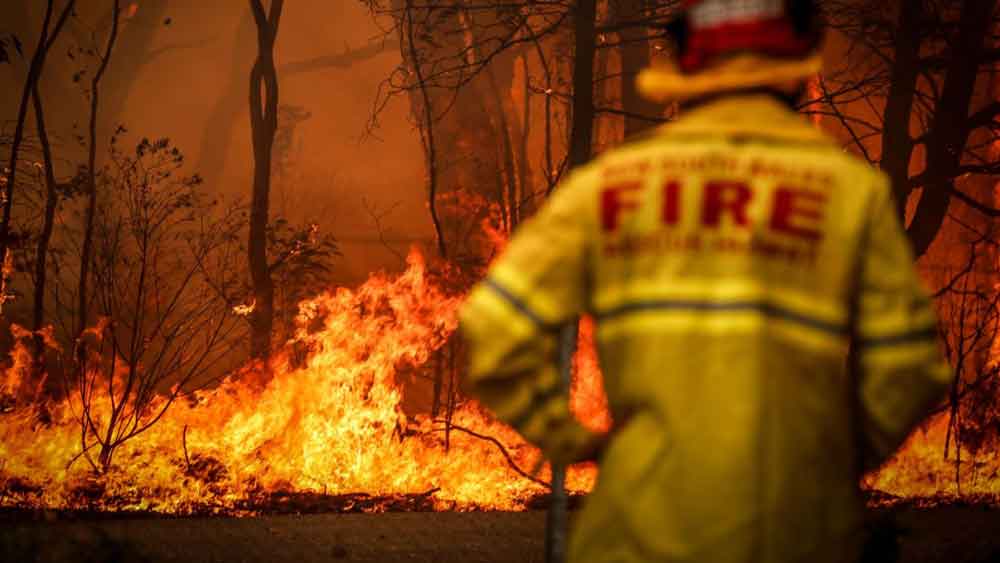 The world watched on as unstoppable fires tore through enormous sections of Australia, and residents were left reeling after property and lives were endangered. While rain has brought some relief to a few areas, the damage will take a long time to rebuild, and some things may never fully recover.

While there are a huge number of resources that were deployed to help affected areas, the telecommunications industry was brought into the spotlight during the natural disaster. Here are some ways it was affected, the different communication solutions that arose in answer to the problems caused by the natural disaster, and how the industry needs to move forward in the future.

Several mobile towers were destroyed by the fires, which brought down mobile services as well as incurring a bill of around $1 million per tower for replacement. Optus estimates that they will need to rebuild seven mobile towers, while Telstra has 15 down and the NBN has one out of action. Vodafone had 5 affected areas that have since been brought back online.

The rebuild is estimated to cost tens of millions of dollars, and take weeks to months. Once the fires have been brought under control and the areas are safe, the networks will need to go inspect the infrastructure to get more accurate estimates on how extensive the repairs will need to be.

While the destruction of mobile towers is an expensive repair, one of the biggest threats to mobile coverage has been the loss of power during the fires rather than damage directly to the towers. Each tower has a backup battery that will last for around 10 hours, and then diesel generators can be used to keep the towers running. However, in areas that are alight, it’s not possible for workers to top up the diesel needed for the generators, resulting in a loss of service.

And loss of service can put lives in danger. Keeping communication networks functional is absolutely vital in a disaster. Communication services are vital for issuing evacuation warnings; contacting, deploying and coordinating emergency services; checking up on loved ones and passing on information; and researching information about the disaster, as well as many other necessary functions for staying informed and in touch.

However, lack of communication has long been a problem in some areas of Australia, with the fires exacerbating the problem. The so called “Black Spots” have either extremely unreliable service or none at all, creating areas where there is no way to communicate – with the possible exception of near-obsolete fixed line services.

In some places, calls to a mobile need to be made 8 or 9 times to get through, with calls to notify residents to evacuate taking an average of three or four tries to connect, wasting valuable time and resources. People in the area have no idea if they are missing out on potentially life-saving information. Many people were monitoring weather and fire information online when mobile coverage, the NBN and the ABC radio all dropped out.

Some residents were able to communicate using their old landlines, but the copper needed to keep these lines operational is being disconnected as part of the NBN rollout, leaving residents feeling extremely vulnerable. If the landlines remain operational, residents have at least one way to communication if the power goes out. As it stands, many locals feel extremely nervous about trusting technology that is so vulnerable to ground conditions.

As the networks lost power and were unable to send workers into the areas to keep generators running, there were a number of strategies employed to keep as many services up as possible, such as:

While the facilities for these emergency services have been around for some time, it was a good real-world test of new technology. Those able to access the services at least had access to some form of communication.

Assistance for the Affected

Many homes were lost, and firefighters and other emergency service workers used mobile services to co-ordinate relief efforts. There were a number of assistance measures that most telcos had in common that were put in place to make dealing with mobile and communication issues during and after the fires a bit easier and a bit less expensive, such as:

As well as these initiatives, some telcos have offered their own forms of assistance. For example, Vodafone is providing a free Vodafone 4G pocket Wi-Fi modem and three months of free mobile broadband (up to 100GB at full speed, then unlimited at 1.5Mbps) to anyone who has lost their home in the fires, even if they aren’t Vodafone customers. Those who choose to utilise this offer can find a suitable plan after the three months or cancel, but either way Vodafone are allowing them to keep the modem.

For anyone affected by the fires or who assisted people caught in them, check with your telco (and some of the other major providers) to see what options you might have.

Looking to the Future

The bushfires reached a scale that took almost everyone by surprise, but now that rain is beginning to bring some much-needed relief to a few of the affected areas there are people already asking whether the telecommunications industry could do better in the future.

The ability to communicate in emergencies can quite literally save lives. The major infrastructure holders – Telstra, Vodafone, Optus and the NBN – responded rapidly using all the means at their disposal, but now that the unthinkable has happened, there will need to be some serious thought as to how the response can be improved for the future.

Network resilience is of utmost importance, so many experts are suggesting that the infrastructure be made tougher, with increased back-up options including the potential for firefighters or similar emergency workers to be able to gain access to the generators to keep them running.

Satellites and Wi-Fi spots could be utilised in future – especially mobile options that can be moved to centralised locations where large numbers of people shelter from the disaster, providing the ability to connect and communicate. While these services were provided, they could certainly be improved.

Finally, telcos need to continue to work with the government and each other  to address the issue of “black spot” areas where there is insufficient network coverage. While even Australia’s normal climate and terrain make providing coverage a difficult proposition, as people increasingly rely on mobile devices to get help in difficult situations.

The recent bushfires have provided a real life scenario where telcos have been challenged to provide network coverage in the most adverse conditions. While there have been many positive outcomes, the future of the telecommunication industry should include more innovative network solutions and increased coverage so that all Australians can feel safe and informed – even when disaster strikes.