How to Choose The Best Mobile Broadband Solution For You

What people want from their broadband service

We conducted a survey to find out what Australians want from their Internet services. Seventy percent of the respondents said they want to be able to move around with their broadband and use it anywhere. Seventy-seven percent said they don’t want to have to pay to reconnect their broadband service whenever they move house. 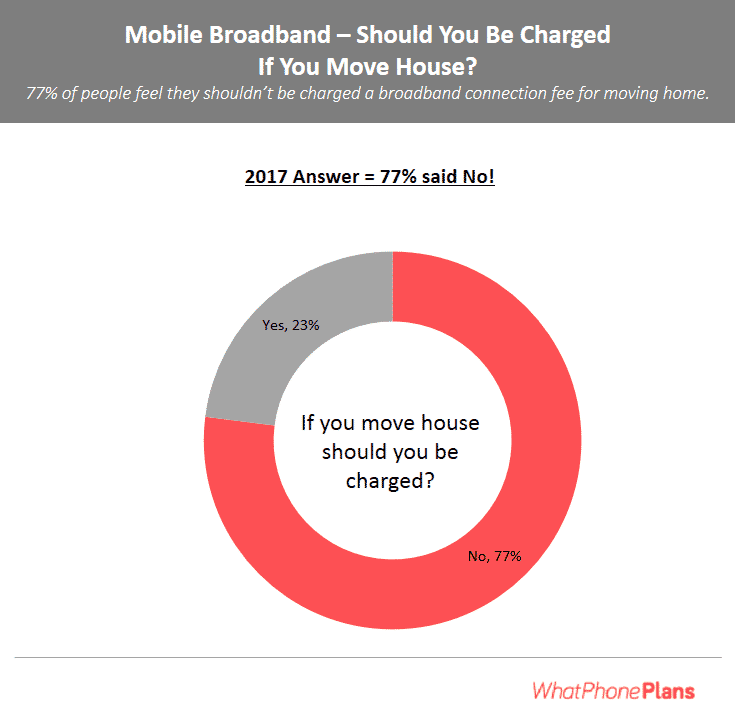 77% of Australians don’t think they should be charged to reconnect their broadband if they move.

Mobile broadband plans solve these problems. They are mobile, meaning you can take them anywhere and use them anywhere your provider has network coverage. They are also portable and easy to set up – just plug in the SIM and use your plan – so you don’t have to pay to reconnect when you move house.

Mobile broadband plans are powered by a SIM card. Depending on your needs, all you might have to get is the SIM card, and plug it into your device. This applies to devices that have SIM card slots – like a tablet.

But if your device doesn’t have a SIM card slot, you can plug your mobile broadband SIM into a mobile broadband device like a pocket Wi-Fi. These devices will allow you connect multiple devices simultaneously, and they are portable enough to fit in your pocket, carry around, and use on-the-go.

You should also consider the following when choosing the best mobile broadband solution for you:

Note that your mobile broadband service’s performance depends on a lot of factors. For instance, your location – which determines coverage. If you’re in an urban, city area, you will likely get better speeds than in a rural area. Your device is also a factor – it can slow down your speeds or enable you get even faster speeds.

You’ll get a lot of benefits with a mobile broadband plan. The key positives are its mobility and the easy set up at no extra installation costs. But you might run into some drawbacks when it comes to pricing. Generally, mobile broadband plans can be more expensive than fixed wired broadband when considering the amount of data included.