How to Watch Stan on Your Phone

For frequent travelers or those with busy lifestyles, Stan offers apps that are compatible with iOS and Android operating systems. This means users who own iPhone and Android devices can watch Stan streaming on their mobile devices.

Stan is one of the most popular streaming services in Australian, owned and operated by Nine. In addition to offering a significant amount of Australian content that includes original series produced by Stan itself, the streaming service has shored up several international partnerships, resulting in first run content.

Almost 10 million Australians have Netflix subscriptions in their home, according to a research conducted by on Roy Morgan. The findings of the study showed that over 13 million people in the country use some kind of pay TV or subscription TV service, like Netflix, Foxtel, Stan or Fetch.

The research also shows that Stan is growing at a fast rate; with more than 2 million Australians now view content on Stan, 39.2 per cent more people are signed up for Stan than last year. 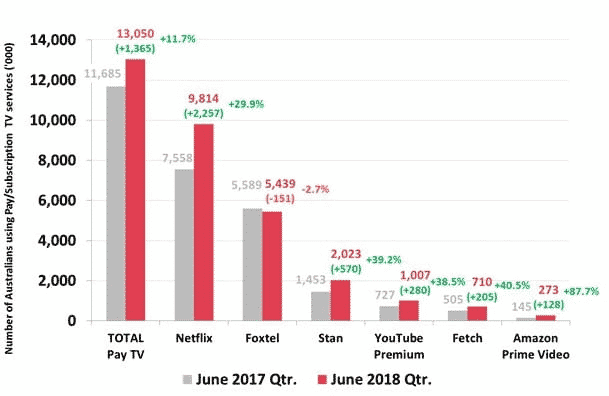 What can I watch on Stan?

Launched in 2015 as a local streaming service, Stan is a competitor to Netflix. Stan has established itself by focusing on a vast range of local content initially, and then adding international acclaimed shows and movies, like Better Call Saul to its catalogue.

Since then, Stan has been collecting more and more popular TV shows, along with producing their own original series to expand their content library. Some of the popular TV shows that are exclusive to Stan are Preacher, Lost Girl, Sherlock, iZombie, to name a few.

Watching Stan on Your Phone

The Stan app is available on iPhones, iPads & iPod Touches that feature iOS version 9.3 and newer. When it comes to Android devices, the app is compatible with Android version 4.3 and above.

If you have an internet connection, a subscription and have the latest version of the Stan app installed on your device, you can start to start downloading and enjoying your first movie or TV show on Stan.

Watching Stan on Your iPhone

To ensure that you are using iOS version 9.3 or newer, follow these steps:

Open the Stan app and see the option to download movies and TV shows.

Watching Stan on your Android device

The Stan app is compatible with Android devices using Kit Kat 4.3 and above. Make sure you use an appropriate version of the operating system to run the app:

You will now be able to open the Stan app on your Android device and download movies and TV shows.

Most of Stan’s library of content or catalogue is available to down on demand. You can browse Stan’s library and search for a title of the movie or series you want to download on your device. If the searched title is available for download, you will see a download icon on the screen. Tap on Download and start downloading the content.

If you want to download Stan TV shows, you will find the download icon next to each episode in the series. Once the download begins, you can monitor the downloading progress. For this, go to Menu and tap on My Downloads. You can cancel the download in between by tapping the Stop icon.

For watching content when there is a strong Wi-Fi connection, viewers can stream their favourite shows directly to their phone without needing to take up storage space on their phone. However, downloading shows is a great way to have content available when you might not have access to a reliable connection.

While in many countries Netflix remains almost unchallenged, in Australia the streaming rights to major TV shows and movies are shared more evenly. For people tired of scrolling through Netflix titles, or those who want to have access to Australian shows, Stan is an excellent, cost-effective choice that gives viewers access to a massive number of titles.

Whether streamed or downloaded, TV or movie, Stan is an increasingly popular streaming service that you can view on your TV or device, meaning you have access to your favourite content no matter where you go.