HTC are struggling – Whatphone explains why

HTC, the makers of the HTC One range, including the HTC One X and HTC One S, both of which made it in to the Whatphone top 7 have hit ‘hard times’.

Let’s get this in perspective, before we go further. The HTC company is still financially robust.

It’s still making money ( about $3bn last year ) and it’s still generating cash. HTC’s brand is embodied in the product it delivers to its customers.

They produce high quality, reliable products. The experience of using them is among best in class for Android mobile phones. 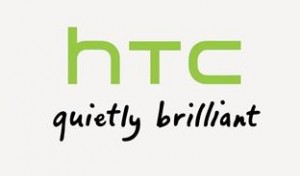 If we at Whatphone, thought that HTC was going to go out of business during the course of your 24 month post paid mobile plan, we’d tell you about it. We’d also ask ourselves some pretty serious questions about having HTC in our top 7 mobile phones range.

It’s probably most accurate to say that HTC is being outplayed by Apple’s iPhone and Samsung’s Galaxy ranges.  The fact is that Samsung globally are looking at shipping the best part of 85 million handsets this year. HTC are going to move 50m globally. Given that their core offering is so similar, what’s the difference and why is HTC finding it so hard ?

At Whatphone, we do detailed comparative reviews of all of our top 7 handsets. One of the critical aspects of a mobile phone purchase is knowing it’s strengths and weaknesses versus other mobiles in it’s class.

While the purpose of this article is not to revisit that comparison, anyone who has used both the Samsung Galaxy SIII or the HTC One X knows that the HTC is a device worthy of respect. The casing for the 1X feels better. To many, the HTC One X looks better.

In the opinion of Whatphone, it’s what’s ‘under the hood’ which represents the biggest opportunity for HTC to improve their performance against the two gorillas they’re fighting.

The problem for mobile phone manufacturers working on the Android platform is the common operating system they’re using. Using Android creates such a level playing field, it becomes hard to differentiate.

At a high level, the aesthetics of the HTC One range is great. Music is differentiated through their Beats Audio tie in. The camera was a selling point, not a hindrance for the One X.

Taking multiple pictures while shooting video formed the core of their marketing campaign. It’s hard to criticize HTC for their differentiation strategy !

However, viewed not in isolation but alongside Samsung’s movements, the problem starts to reveal itself.

In 2011, Samsung launched the Galaxy SII. It was a mind blowing mobile phone. It was thinner, lighter and more powerful than the HTC range at the time.

The HTC One launch filled the gap and put the company on a standing more than parity with Samsung but Samsung had stolen a brand credibility lead.

In my view, the usability of some of the key Samsung Galaxy elements are better. Typing is much easier on a Samsung keyboard.

Simple messaging ( Email / SMS ) features are easier to use on Samsung’s TouchWiz rather than HTC’s Sense User Interface. ( HTC Sense is the unique manufacturer software which sits on top of Android – another way the manufacturers differentiate themselves. )

HTC – Samsung have the better range

On range, Samsung launched the Galaxy Note to market. It competes with the One X. It’s a physically much larger Smartphone.

It’s not for everyone but it doesn’t cannibalize the Galaxy SIII market. Contrast this to the slim difference between HTC’s One range where the device specifications and capabilities are much closer together.

In addition, Samsung, with their Galaxy S3 have made far better use of the Android Ice Cream Sandwich Android Operating system than HTC did with the One X.

The Gal S3 has some genuinely usable features – that offer Samsung a marketable position and ability to differentiate themselves positively at point of purchase.

The Galaxy S3 has Best Photo – which allows you to shoot a large number of pictures and recommends the best to you. Smartcall. When you’re texting someone you can raise the Samsung to your ear and it’ll dial the person you’re SMSing. Smart Stay – which works – kind of – and keeps the Gal SIII screen live while you’re looking at it.

Tie those capabilities in with a cleverly timed launch ( after the HTC One X so the ICS feature use was better and long enough before the iPhone 5 to get the customers who weren’t prepared to wait for the upgrade ) and you can see why Samsung have stolen a lead.

But HTC have time to think and, even given the core operating system commonalities between themselves and the other Android based competitors, many axis of potential differentiation to put them in the lead.

At Whatphone, we’re massive fans of the competition between Apple and Android devices. We also love the fact that there are credible alternatives within the Android manufacturers.

Everyone wins from competition. It stimulates innovation, keeps prices sharp and offers customers range to find what’s right for them. No-one wants to lose HTC from the market and for it to turn in to a 2 horse range.

If you’re interested in comparing HTC devices with Apple and Samsung products, we positively encourage it ! That’s what Whatphone was designed to do. You can check out Australia’s top 7 mobile phones on our homepage.

We’ll keep you informed for the next 30 days, as the pricing changes on the product you’ve picked, across Optus, Telstra, Virgin Mobile and Vodafone Australia so you know you’re getting the best deal.

If you have any comments or suggestions about this article or anything else on Whatphone, we’d love to hear from you through our ‘get in touch‘ section.

Good luck with your search. Whether you’re interested in an HTC device or something else, we hope you find Whatphone is right for you.