Is the Radiation from my 5G Phone Dangerous? 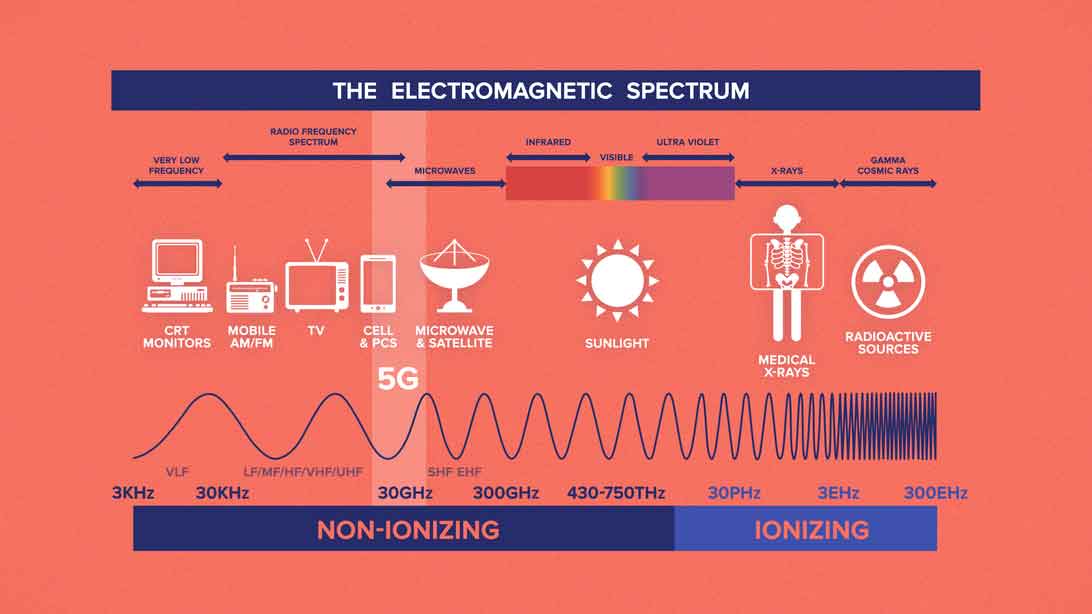 5G waves belong to the non-ionizing end of the spectrum, which makes it even much safer than medical x-rays. Source.

Making sense of the noise about 5G health concerns

5G outdoes the previous generations of mobile networks in all aspects. Sadly, this apparently also extends to health concerns. Many cities have either canceled or delayed the introduction of 5G due to public outcry about health safety. These safety concerns have attracted arguments from both sides.

Opponents mostly claim to be health enthusiasts looking to rein in the profiteering impulse of big tech companies. They claim that with 5G, radiation levels reach toxic levels that can damage DNA leading to cancer, distort cell metabolism, flood the body with harmful oxidants, and cause tensions and strains in bodily organs. They cite research results and anecdotes from reputable publications.

On the other hand, proponents are content with the results of many studies that disprove these claims, believing the benefits to society will by far outweigh any risks posed to personal health. They believe that nothing negative can be proven with 100% certainty, and it’s therefore unreasonable for detractors to demand for proof that 5G is absolutely safe.

In this article, we filter the noise to determine what the real facts about 5G are.

What is 5G and how does it differ from older networks?

5G is projected to outperform the current fourth generation, 4G, by at least 10 folds, in a host of aspects. 4G was introduced about a decade ago, and it was billed to deliver loading speeds of up to 1Gbps. Today, 5G promises a peak speed of 10Gbps. 5G also holds potentials to reduce latency to 1ms, compared to 4G’s 30ms.

Now, 5G will not be phasing out 4G anytime soon. Currently, most of 5G infrastructures share bases with those of 4G at inter-operation sites. But 5G radios are much more powerful than those of 4G. If a 4G radio is replaced with a 5G radio at 620 MHz, they would both reach the same coverage, but the 5G radio would give the data speed rates and network response time a huge boost in the coverage area.

The science of 5G health concerns 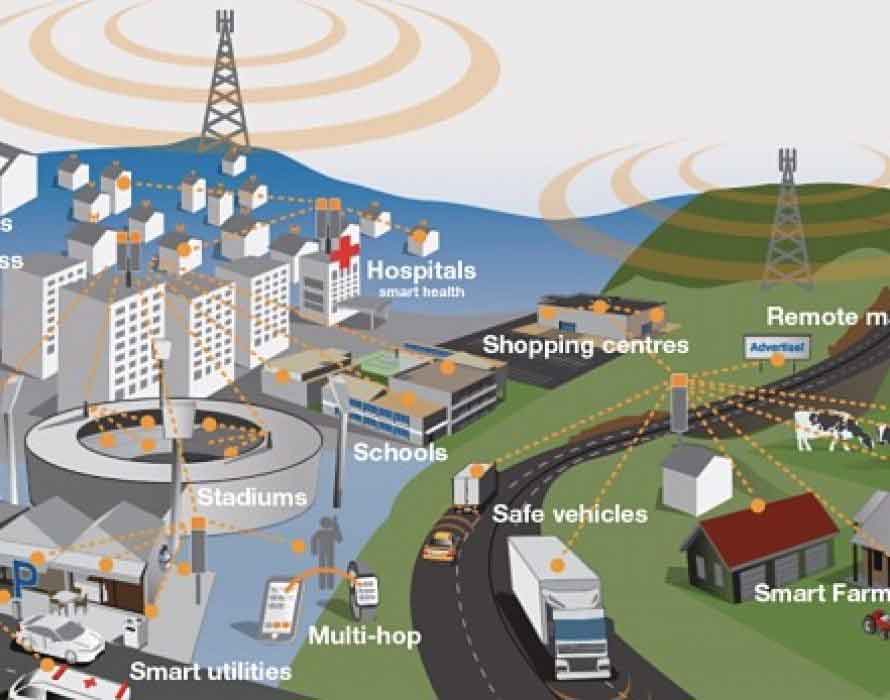 The increased health risks of 5G in comparison to older mobile networks will be due to the proliferation of connected devices emitting millimeter waves around us. Source.

The disapproval of mobile network technologies over health concerns isn’t unique to 5G – it has only been amplified. It is a correctional movement that began way back in the mid twentieth century, with overarching concerns about radiation from electronic devices.

The most notable scientific work that fueled this movement surfaced in 2000, when a consultant and physicist, Bill P. Curry, was asked to examine the health risks of installing laptops and wireless networks in the Broward County Public School in Florida.

Curry came up with a grim report stating that the technological equipment were “likely to be a serious health hazard”, and brandishing a chart labeled “Microwave Absorption in Brain Tissue (Grey Matter)” as evidence backing his claim. The chart showed how brain cells absorb more radiation energy the higher the wireless frequency signals they’re exposed to.

Although his results were accurate, his methodology was flawed, thus giving rise to a faulty hypothesis. In the real life context, radiation from consumer electronics is non-ionizing and is repelled by the skin and never gets to the brain cells. Millimeter waves reflect away from the skin surface for good.  Also, in direct contradiction to Curry’s premise, it’s been proved that the skin absorbs radiation at a lesser rate the higher the frequency of the wave.

However, no scientific theory completely explains the effect of millimeter wave exposure on the human body.  As such, industry standards have been put in place to minimize the rate of exposure to innocuous levels. Regulatory bodies have been created to ensure that tech companies comply with these standards.

Since the jury is still out on the full-range of effects of radiation exposure, it’s advisable to play it safe with 5G. Although the claims of 5G safety opponents are somewhat exaggerated, there’s some truth in them, especially given that 5G will bring about the proliferation of network base stations and connected devices that emit millimeter waves around us. It’s therefore advisable to try as you can to keep your exposure levels as low as those of the 4G era, perhaps even lower. You can use radiation testing gadgets to be more specific. Otherwise, you can minimize the risks by limiting the number of devices giving off those waves around you.