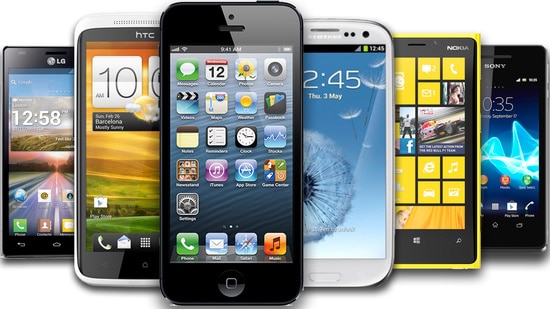 It had to happen sooner or later: it looks like the “smartphone upgrade” cycle is starting to reach the point of saturation. We’ve all seen pictures of people camping outside stores in anticipation of being one of the first to get their hands on a new iPhone, but as people become more content with their phone’s features, we see it less and less. There are still some who will trade in their perfectly good phone to own the latest model, but this group of people is getting smaller by the year. Here’s why wild growth in the smart phone sales could be over for good.

Why are sales declining?

Almost everyone who wants a smartphone already has one. Last year, global shipments slipped for the first time ever, and the U.S. had their smallest ever growth in smartphone shipments. Between 2009 and 2013, smart phone sales saw 50% annual growth worldwide. In 2016, that number was more like 2.5%. In 2015, people changed their smartphones just short of every two years on average. In 2017, that length of time is creeping up, currently around 25.3 months – and that trend looks set to continue.

Technological advances are making it unnecessary to constantly upgrade, because consumers feel that their phones are already sufficient to meet their needs. The new bells and whistles are not tempting enough to get consumers to part with their cash. One issue is that phones now cost a lot more, and yet look a lot alike. This makes it less likely that customers will make purchases based on visual appeal.

Swapping a phone with a very good camera, for example, for one that looks the same but has a slightly better camera is difficult for consumers to justify.Price becomes a bigger consideration when smart phones are so similar and the upgraded features have lost their wow factor.

Phones are lasting longer, which is a credit to manufacturers but doesn’t help with turnover. Features like the waterproofing now offered by iPhone and Samsung mean that it’s much less likely that a consumer will need a new phone.

Additional protection has also come a long way. Some very well designed protective cases and screen protectors reduce the chance of screen cracks and damage to sensitive phone parts, which used to be a major cause of phone replacement. Because people are spending more on their phones and are more likely to be satisfied, customers would rather replace a cracked screen than see it as an opportunity to get a new phone.

If companies can’t easily profit off releasing a new model of smart phone with a few tweaks to a limited number of features, they may start to look elsewhere to rope in the customers. Vuzix recently made a stir at the consumer electronics show, showcasing their smart glasses called Vuzix Blade. They come with crystal clear display, a connection with Amazon’s Alexa to help with the augmented reality features, and their design is very wearable. We could see an increase in wearable tech innovation to keep consumers on board.

Accessories like Samsung’s VR gear and Apple HomePod are also doing well.Another way to generate income is to provide paid services exclusive to different brands; for example, Apple Music can count on long-term subscribers for income. Repairs are also a way that manufacturers can keep making profits on their phones – if we hold onto our phones for longer, then parts will need to be replaced.

What the Decline in Sales Means for Smart Phones

Phone companies are in no danger of going broke, but with phone sales declining due to reduced turnover, they’ll have to keep their attention elsewhere to keep their profits up. It’s not all bad news for the companies though – customers save money by not frequently upgrading, but there are other expenses that can come into play.

Software and hardware tune-ups are anecessary expense for consumers who hold onto their phones for longer, and repairs become more likely. Bigger companies like Apple have a range of accessories and secondary devices to keep people interested, so between tablets and the different generations of Apple watch the consumers will keep buying.

Reduced turnover of smart phones means that phone companies have to work slightly harder to retain consumer interest, which can only be good for the industry in general. There will always be a group of people eager to purchase the latest and greatest, but the challenge for the creators of smart phones is to keep the rest of the market interested.