Figuring out what phone is right for you from the plethora of options available is what we’re here to do.

We know that the brand of the mobile phone handset you choose is critically important to you.

It’s on your mind when you’re making your decision – which is why we created this article about mobile phone brands.

Over the course of the months that the Whatphone team put the site together, we started a depository of interesting and informative articles about the key mobile phone manufacturers which consistently make up the Whatphone top 7 handsets.

90% of people buy the same top 7 mobile phones and they’re all from the same few manufacturers ! 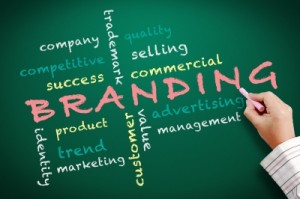 Nearly bankrupt not so long ago and now, the most valuable brand in the world, Apple stands alone in the mobile phone market as the leader. But it’s not all plane sailing !

In One Bad Apple, a Whatphone journalist who had clearly had a bad day when he wrote it describes his feelings about the Apple ecosystem and charges.

At Whatphone, we want to expose you to both sides of the discussion on the question of what phone is right for you and so we present you with the anti Apple argument in this article.

The same journalist that wrote One Bad Apple continued his criticism of the Apple brand with some actually, almost creative writing shortly after the initial story was posted.

In ‘You cannot be Sirijous’ a flaw was exposed in Apple’s brand ( and then quickly sealed up ! )

If you want to know what happened the day Apple got it wrong then check out this poetic review of a technical flaw !

Looking at some of the background for the Apple brand which is essentially what these series of articles are about – Whatphone examines Tim Cook.

Tim is the CEO of Apple who took over from Steve Jobs. No small feat in itself.

Again, no small feat. And then you find he got paid more than half a billion dollars last year. Wow.

Read here, what Whatphone thinks of the leader of the most valuable company in the world.


In order to understand why HTC is such an impressive company, you’ve got to back to where it was formed.

The History of HTC is an interesting historical summary of the origins and growth of the High Tech Corporation.

It includes surprising information about years gone by which may inform your understanding of how they come up with great products like the HTC One X and HTC One S.

However, HTC are struggling. The Mobile Phone market is notoriously fickle – if you don’t believe me, just ask Nokia.

Maintaining a profitable business in such a rapidly evolving environment against behemoths like Apple and Samsung can be and has proved to be difficult.

Interested in what the problem is and how they got here ? Check out the latest state of one of the world’s largest mobile phone brands in this Whatphone article.

A large part of the HTC brand experience on a new mobile phone is their ‘HTC Sense’ User Interface. This sits on top of Android and tidies up the details for the user.

Essentially, it’s a way for HTC to differentiate their brand through user experience elements like the ‘Beats Audio’ that you might have heard of ? If you’d like to know more about HTC Sense, you can find out here.

How does Sony compare to HTC ? Which brand should you trust ? Whatphone examines your options in this article.

Samsung are a huge company. They make up 20% of South Korea’s GDP. That’s massive !

The Rise of Samsung is an interesting story and if you care to read it, I can almost guarantee you will learn something you didn’t know.

As if Samsung’s contribution to the mobile phone and Smartphone market wasn’t ‘big’ enough, they launched the Note.

The Samsung Galaxy Note provided a totally new type of mobile phone experience and may even have beaten Apple to the punch with their new iPad form factor.

The Galaxy Note’s 5.3 inch AMOLED display is a sight to behold. More than a phone but not quite a tablet. With the right accessories, the Note has blown away the users prepared to brave it’s size and wrestle with its dimensions.

So popular that it will be superseded in the final months of 2012, the Samsung Galaxy Note 2 is now on its way.

Check out the in depth analysis of the arrival of the new Samsung device in these Whatphone articles.

RIM are nosediving in to oblivion as you’ll know if you’ve looked in to buying a mobile phone in the last 5 years, despite their latest operating system release 7.1.

They used to be everywhere and now they’re not. But the mobile phone owns a lot to RIM and BlackBerry.

The company introduced the world to a key idea which is critically important in the way we now behave.

If you’re interested to know what that contribution was, check out the RIM Company profile and take a look at the Whatphone article.

Obviously the poor sales performance of the RIM BlackBerry is reflected in their share price and financial performance generally.

From market lead to lead weight. How the mighty have fallen.

Despite significant changes in strategy and a huge number of phones in use, Nokia are, clearly, struggling. It wasn’t always this way. The Nokia brand used to stand for usability and reliability.

If you’re considering one of the Nokia Lumia range ( sales, search and clicks are all so low we don’t have them in the Whatphone top 7 right now ) then you might want to learn a bit more about Nokia and how they have evolved over time.

And here’s an example of one product that we put in the ‘didn’t quite make it in to the top 7’.

Remember, it’s not us who decides ! We rank the top 7 on a number of factors but one simple way to check them is to take a look at the current level of Google searches per month ( this is readily available, public information. )

You will find a strong correlation between the volume of people who are searching for a particular device and the with the Top 7 phones that we have on our site. You won’t find the Nokia Lumia 900.