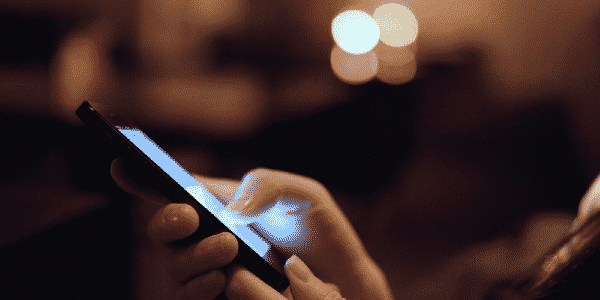 Which is better – prepaid or postpaid?

If you are a postpaid consumer and want to move to a prepaid plan, it is important to know all the pros and cons of both types of phone plans.

New research conducted by Roy Morgan revealed that out of 18.6 million mobile phone users in Australia, an increasing number are bringing their own phone when purchasing a new mobile phone plan. In 2019, most people own a mobile phone – up 0.7% in the past year and up 2.1% from the past two years. More than a quarter of Australians use a post-paid mobile phone. 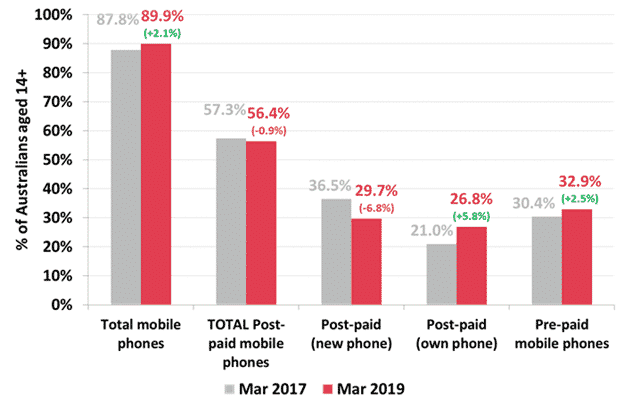 What are Prepaid Plans?

Prepaid plans require customers to recharge their account before they have access to the inclusions in the plan. Recharges are available in a range of prices, and there is often a range of recharge options. Users can switch to any phone plan provided by their carrier whenever they want.

What are postpaid plans?

Postpaid phone plans are like an agreement between the telco and consumers. Users choose a plan, and every month, the network provider will bill you. It will automatically refresh the inclusions in your plan on the first day of the billing cycle. However, if you go over your plan allowances within that billing cycle, the plan doesn’t stop – you pay extra on top of your usual fee to cover the additional usage.

Postpaid phone plans can be SIM-only, which means users only pay for the phone service. Plans can also come with a mobile phone included, though if you do have a mobile phone already SIM-only plans provide better value. With a SIM-only plan, you can choose to bring an existing handset or buy one outright. These plans almost always include unlimited talk and text, so the biggest variables are mobile data allowance, international talk and text, and access to added perks such as data-free streaming.

Prepaid phone plans cost a fixed amount for a set amount of talk, text, and data. On the other hand, postpaid bills arrive at the end of the month, showing your data usage and charging you based on what you used.

The SIM-only market has been revolutionized over the past few years. Previously, SIM-only plans were mainly sold as prepaid, which makes up 45% of the Australian mobile telecommunications market. Since 2013, there has been a significant increase in the number of people choosing postpaid SIM-only plans.

Australian phone users are becoming informed about their data usage and their telco’s products. Many now understand that SIM-only plans offer better value, and there has been a recent shift away from the trend of upgrading as soon as a new model is released.

If you are moving from a postpaid plan to a prepaid plan, remember to consider factors such whether you have a phone you can use or if you want to buy a phone on your plan, your data usage habits and when you want to pay your phone bills.

There is a big range of variation between the value offered by post- and prepaid plans. There are great deals to be found in both types of plan, and a lot of the final decision will come down to usage habits – paying extra to be able to stream Netflix data-free could be valuable for someone who exceeds their data allowance due to streaming, but could mean a plan is unnecessarily expensive for someone who won’t use that feature. Plans that include a phone are the least likely to offer good value, so bringing your own device is by far the best option wherever possible.

No matter whether you prefer to pre-pay for your service before you use it, or whether you like the freedom of paying afterwards on a contracted plan, make sure you dedicate some time to researching the best plan that will meet your needs, at the lowest cost.