Researchers now say that our phones data can reflect various aspects of our personality. src

Our smartphones reveal a lot about us

Researchers have now confirmed our fears about some controversial behavioral and privacy issues associated with smartphone use. We may have already confirmed our suspicions about how our digital trails on social media are being exploited, but researchers now say we should be equally wary about the digital footprints we leave behind from our phone use in general.

Smartphone users inevitably generate swathes of digital data that are accessible to third parties. Those third parties can connect the dots to reconstruct behavioral patterns, and sometimes this can become a security concern. With the importance of smartphones to the lives of users, digital footprints (link to,  that reveal a lot about preferences and inclinations are frequently left behind.

A new personality study published in Proceedings of the National Academy of Science has established a strong link between smartphone data and personality traits that are based on six classes of behavior. The cross-validated results – which tally with those of other similar studies in the past – show the possibility of using smartphone data to accurately decipher specific behavioral traits which are indicative of each one of the Big Five personality dimensions.

The results of the study are unequivocal, but they can be interpreted in different lights.

“Our results highlight the benefits and dangers posed by the widespread collection of smartphone data” noted the researchers in the report.

The bright side of the study 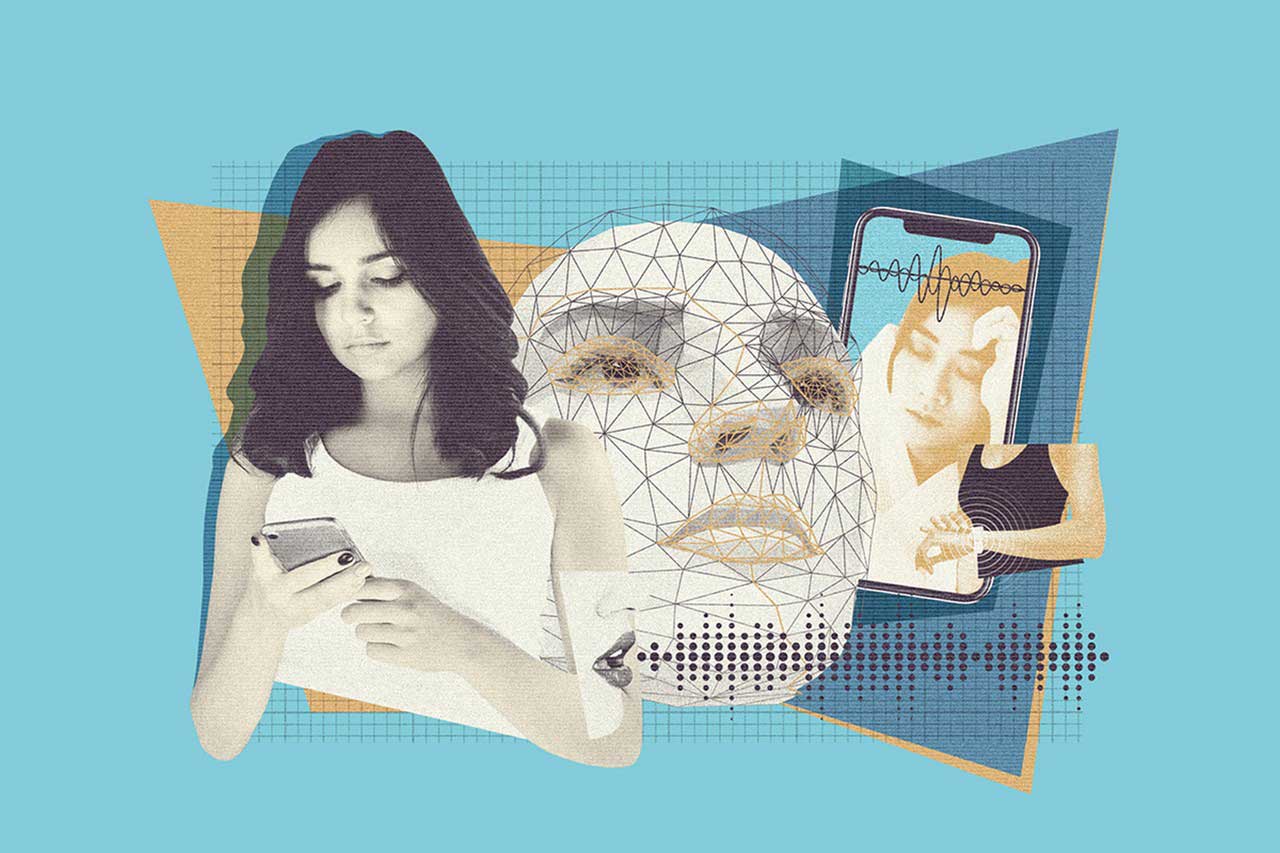 Smartphone data can be used to enhance people’s lives or to power the profit-seeking agenda of big tech corps. src

Interestingly, the study’s results show the astonishing range of ways in which data points from smartphone usage can be interpreted to gain insights about the user’s predispositions. Our smartphones keep records of an extensive range of data points, including those of location, media usage, productivity, social activities, and more. These data points can be inter-connected to paint a vivid picture of various facets of a user’s life.

The research, led by Clemens Stachl of Stanford University, USA, involved the collection of behavioral data from smartphones belonging to over 624 volunteers. The data collection transpired over 30 days and relied on more than 25 million smartphone data logging events.

These events were enabled by the constellation of sensors, apps, and scripts in the smartphones. The data points were classed into six domains:

The researchers were able to establish how well the data points from each of these categories can be used to map out traits that are representative of any one of the “Big Five” personality traits, namely openness, conscientiousness, extraversion, agreeableness, and emotional stability.

According to the researchers, “This is consequential because the Big Five personality traits have been shown to predict a broad range of life outcomes in the domains of health, political participation, personal and romantic relationships, purchasing behaviours, and academic and job performance.” As such, the study highlights how the potentials of smartphone use data points can help researchers improve and various facets of people’s lives.

On the dark side

While the researchers lauded the potentials of smartphone data for enhancing lives, they were also quick to point out some ominous implications. According to the report, data-driven analyses of individuals’ behavioral patterns hold “major implications for individual privacy because they allow for personality-based targeting and manipulation”.

These manipulations can get quite subtle, sophisticated, and even imperceptible because they’re enabled by data from “a far broader, ﬁne-grained array of daily behaviors”. However, researchers believe that the best way out of the albatross isn’t blanket privacy policies and drastic abstinence from smartphone use. They believe the dark side can be overcome by shedding more light on the issues through the collection and analyses of even more smartphone data.

“We believe that to understand complex social systems, while at the same time protecting the privacy of smartphone users, more sophisticated technical and methodological approaches combined with more dynamic and more transparent approaches to informed consent will be necessary…

“These approaches could help balance the tradeoff between the collection of behavioural smartphone data and the protection of individual privacy rights, resulting in higher standards for consumers and industry alike.”

The results of the study only accentuate the concerns about data-driven inferences about individual behaviors enabled by data from social media. But the implications of the study are far more critical due to the relatively wider range of data collected from myriads of datalogging activities. In their closing arguments, the researchers noted that “a large portion of current economic and scientiﬁc progress depends on the availability of data about individuals’ behaviours.

“… Therefore, our results should not be taken as a blanket argument against the collection and use of behavioural data from phones. Instead, the present work points to the need for increased research at the intersection of machine learning, human computer interaction, and psychology that should inform policy makers.”