But before Optus’ announcements, TPG Telecom (Vodafone) announced the launch of their own fully digital mobile phone service – Felix Mobile.

Depending on how you look at it, this could be good or bad for consumers. But it could be bad for the MVNO market, as major telcos encroach on that sector, likely shrinking it significantly.

The MVNO market is expected to shrink in the near future

Mobile Virtual Network Operators (MVNOs) were once a promising addition to the telco market. These smaller telcos purchased the major telco networks at wholesale prices, and then resold that network to consumers.

The great part is how cheap and straight forward typical MVNO SIM plans are. Because they don’t have to worry about the infrastructures major telcos have to manage, their overhead is a lot smaller. This enables them offer simple, straightforward, and cheaper plans to consumers. 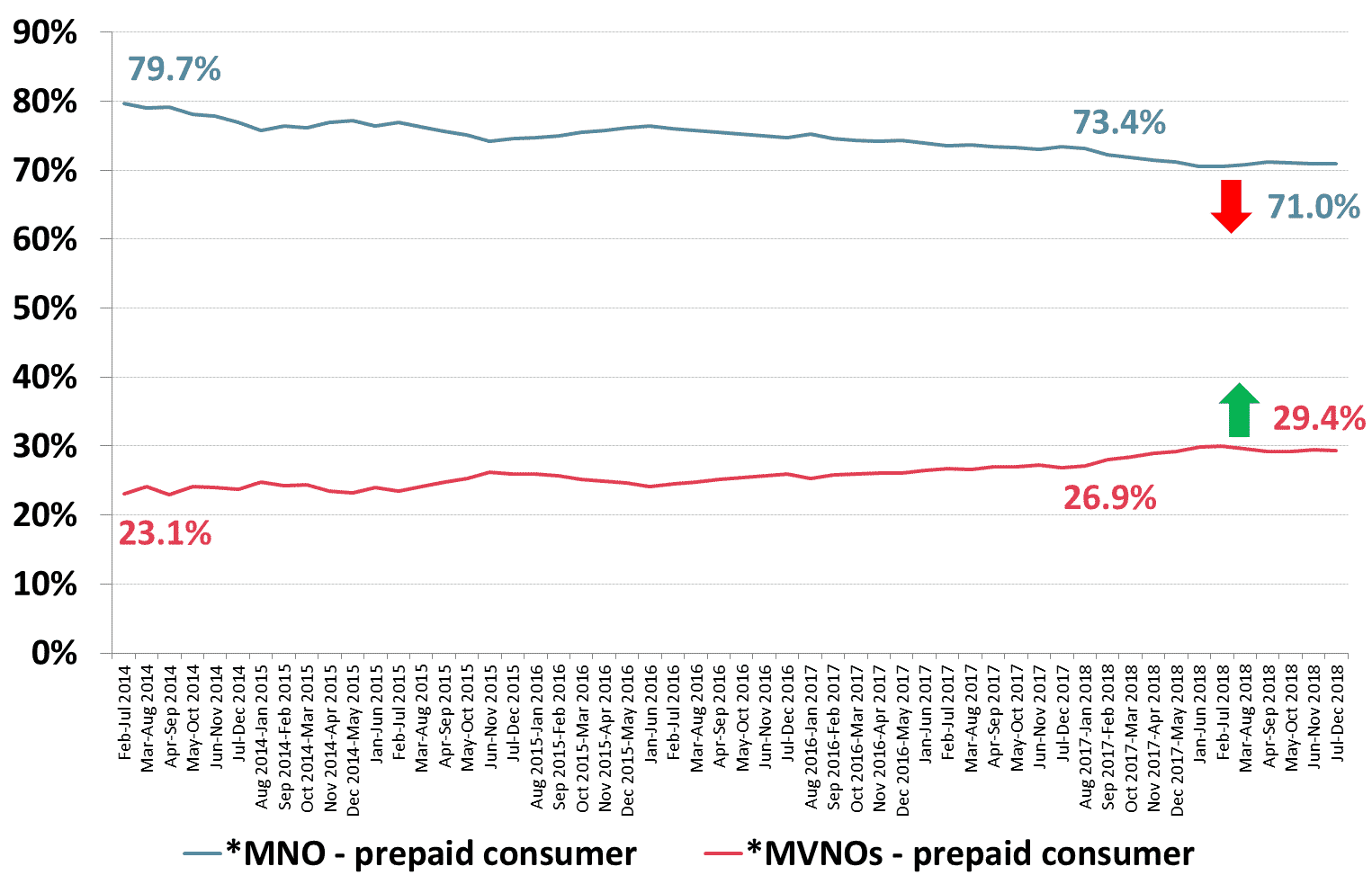 And with COVID-19 causing Australians to spend less, MVNOs’ cheaper plans have been a welcome sight to consumers looking to save money.

You can imagine how attractive these numbers are to the major telco, and how that has led to the acquisition of MVNOs and creation of smaller telcos of their own.

But the bad news is that, with major telcos stepping into the MVNO market, the smaller mobile services they own could hardly be referred to as MVNOs. If that’s the case, it would mean the MVNO market would shrink.

For instance, with Amaysim being purchased by Optus, that means the largest MVNO now belongs to Optus. Venture Insights, an Australian telco/media research and consultancy firm, predicts that MVNO’s will only account for 6 percent of the telco market by 2023, a far cry from the consistent increases that sector has enjoyed over the years.

About Gomo and Felix Mobile

Despite the market effects of telcos acquiring MVNOs and launching smaller phone services of their own, consumers will likely continue to enjoy the cheaper and simpler plans such small telcos offer.

Both Optus’ recently announced Gomo and TPG Telecom’s Felix Mobile will be fully digital. That means they won’t operate call centers and stores. To purchase a SIM plan, you would simply do so on their dedicated apps, and subsequent payments, recharges, and complaints will be done on the app as well.

With such a digital-only platform, you can expect plans to remain affordable, thanks to the reduced costs in running such mobile services.

Here’s a look at what we know of Gomo and Felix Mobile so far:

The MVNO market has attracted major telcos. With Belong bring the bulk of new subscribers to Telstra this year, the other two major Australian telcos have decided to take a piece of the telco market as well.

Optus has purchased Amaysim, the largest MVNO in Australia, and has also announced the launch of Gomo, a fully-digital mobile service, into the Australian market.

TPG Telecom has also announced the launch of Felix Mobile, their own fully-digital mobile service.

Both Gomo and Felix Mobile will offer simplified mobile plans, which could really disrupt the MVNO market. While this may reduce competition in the MVNO market, customers will likely continue to see cheap phone plans from these smaller telcos, even though they are owned by the major telcos.