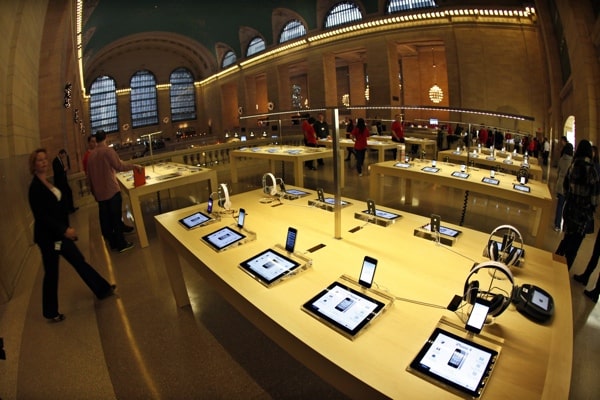 These days, when people are ready to upgrade their phones, they are far more likely to avoid their local telco store. Carrier-subsidised phones and 2-year contracts are gradually becoming extinct. According to a survey by Whatphone, there has been a 41% decrease in the number of people buying phones from a telco store. 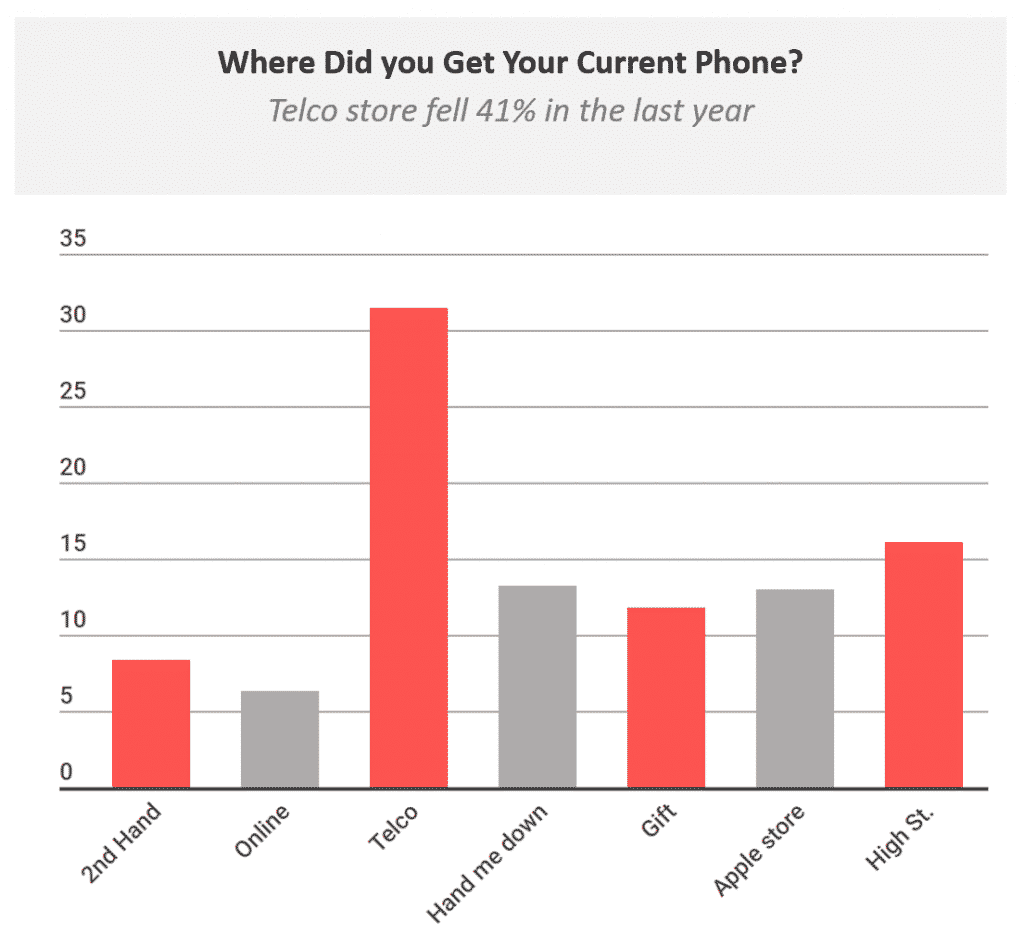 Why are people not buying phones from their telco?

Here are a few reasons why there has been a sharp decline in sales.

Purchasing a phone outright instead of signing up for a contract gives customers more freedom. Owning their phone gives the customer a chance to switch their carrier without waiting for their current deal to end. It also makes it easier to change phones when ready, instead of changing too late or early depending on when the contract finishes.

2. Customers are keeping their phones for longer

The average amount a customer spends on using their smartphone is slowly increasing, at least partially because buyers wait longer before shelling out money for a new handset. Due to rising costs, carriers and phone plan companies have stopped giving customers a subsidised phone upon signing a 2-year contract. Fewer people are willing to accept the change because they end up paying a monthly fee to buy a new smartphone. In addition, there hasn’t been enough significant innovation in smartphone tech to trigger the interest of the customer enough to spend a large amount of money to buy a new phone. 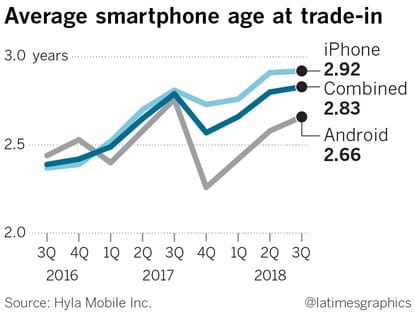 Why are customers keeping their smartphone for longer? Source

The tech industry has hit “peak smartphone”, where the market is saturated. This is the tipping point when everyone who can afford a phone already owns one, and there are no significant technological breakthroughs which trigger customers to change their existing phones if they don’t absolutely need to. The demand for the latest phones in the market is dwindling, and revenue is continuously hitting a downward trend. In early 2010, innovation was at a peak – but today there’s no significant improvement on the technical front. Even companies like Apple and Samsung are failing to match previous year’s sales of their latest offerings due to the lack of striking innovation and high prices. 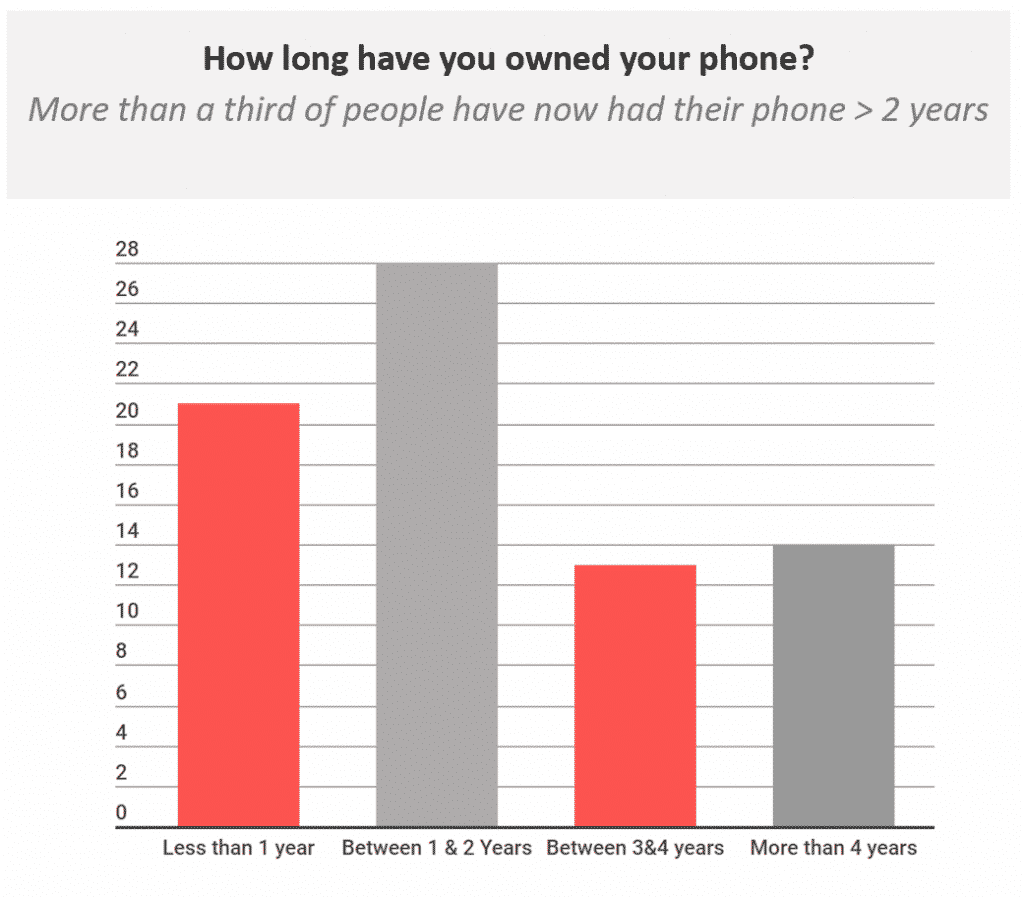 How long have you owned your Smartphone?

When you purchase directly from a manufacturer, you have the option to finance the phone interest-free. The payment can be made on a monthly basis without paying anything extra. Occasionally, people with sub-standard credit ratings can be asked to pay more through their telco. Customers also have the opportunity to choose a cheaper plan which is not available when you pay for a phone from a telco. On purchasing from a telecommunication operator, the plans are costly, and you don’t have the freedom to change it according to your requirement.

While smartphones are more prevalent than ever, they are not being replaced nearly as quickly. When people do change their phones, they are more likely than ever to buy a phone from the manufacturer instead of purchasing one as part of a contract. Telcos will always sell a small number of phones, but the change in customer preference signals a need for them to diversify their offerings and not rely on tech for a major part of their revenue.