What Is The Meaning Of Phone Fatigue? 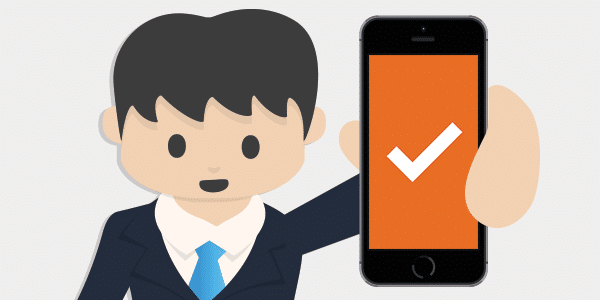 Over the past couple of decades, telcos have played the role of financing companies, subsidising expensive handsets. In return, the companies tie customers into their phone plans which ensure they stick around for a while. This model is slowly tapering and could soon come to an end in Australia as people develop phone fatigue. Subscribers are instead opting for sim-only contracts while purchasing the handset outright. The days of upgrades are numbered!

Most mobile operators not just in Australia, but even in the UK have their business models resting on the bedrock of traditional contract handset sales. With the de-coupling now in top gear, many of them may have to re-evaluate their market strategies to accommodate the sim-only contracts.

When smartphones first came into the market, telcos took the advantage of them being expensive to rollout annual and biannual upgrades to their subscribers. From the surface of it, the phone contract system made a whole lot of difference.

On one hand, the hardware industry paced up to compensate for any inefficiencies in older firmware with beefier specifications. Manufacturers too were racing one against the other to produce impressive imaging and other features for their gadgets. The results of these efforts were tremendous and reverberated across the consumer market.

Before long, the enhancements filtered through to budget and mid-range phones as manufacturers became more efficient and took advantage of economies of scale.

Many people find it hard to resist the glittering lure that comes with a high-tech smartphone. The decision point is no longer buy or not buy, rather on the type of purchase plan to go for. Whether you want to pay upfront or do installments on the go, is totally a personal choice because both have their pros and cons.

The advantage with this approach is that you will own the phone from day one going forward. That said, it will potentially put a dent on your bank account. The luxury that comes with owning your phone is that you can switch at will from one carrier to the other depending on who offers you the cheapest plan or the best network quality.

Buying on a Plan

This is a much pocket-friendly way to get the latest phone in the market. You do not have to sacrifice your holiday or other luxuries because you can spread the cost of your phone to over 24 months. The downside to buying on a plan is that you will be stuck with your carrier until the contract comes to an end. If you decide to leave the contract halfway, you may be slapped with costly early exit penalties.

Buying Outright with a Sim-Only Contract

Telcos such as Optus, Telstra, Amaysim, and Vodafone have sim-only plans that stretch for as long as 24 months. This is where subscribers are flocking to because the phone fatigue is real, and the pay-as-you-go plans are no longer attractive.

Amaysim gives you 7GB of data with no limit on phone calls, SMS, and network calls for just $40.

Optus gives a similar package with unlimited phone calls, 8GB of data, 300 international call minutes to pre-selected countries, SMS/MMS, and data-free music streaming. All this is available for $40. You subscribe for 12 months.

Telstra has a $50 sim-only plan which gives you 5GB of data, $1,000 credit for Australian calls, and unlimited SMS/MMS. This is available on a 12-month plan.

Vodafone also has a $50 package that comes with 300 minutes for standard international calls to select countries, 6GB of data, and 1,000 minutes dedicated to super 1,000 countries. This is a month-to-month package.

The sim-only plans come with all the goodies associated with the conventional mobile plans, only that you will pay less the price of a new handset. Bypassing the tedious and expensive phone upgrades to finding a sim-only plan can secure you a much better deal.

A sim-only plan can be particularly suitable for you if:

With Australia soon going 5G, consumers will be jumping from one phone plan to another and the idea of being stuck with a network is the last thing they may tolerate. Customers look for value and the sim-only way seems to be the best deal!